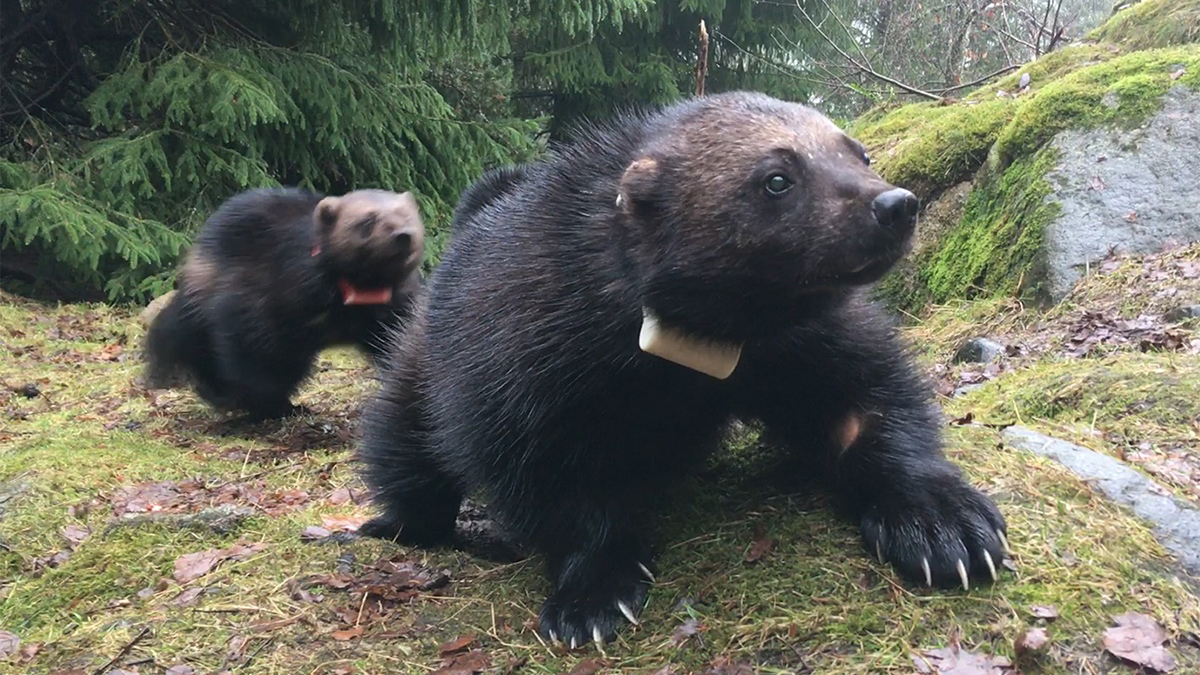 For ecologists studying wolverines — mid-sized carnivores found across the boreal forest and Arctic tundra of North America, across Europe’s Nordic mainland, and throughout the Russian north — technology that you’d find in a smartphone is offering an unparalleled glimpse of how these animals behave.

Twenty-five years ago, the only technology available to study wild wolverine behavior were collars that sent out a radio signal revealing an animal’s location. Biologists would be lucky to locate a collared animal 50 times in a year, and they’d actually see the animal only a handful of times.

Today, we can attach a collar of similar weight to the animal and know what that creature is doing for every second of every day for months on end. For that, we can thank the tri-axial accelerometer.

Related: 50 of the most endangered species on the planet

While the name is a mouthful and sounds like something that you’d see on a futuristic spaceship, the tri-axial accelerometer can be found in plenty of consumer devices. Smart phones, exercise watches, and health monitors all use accelerometers to quantify daily activities by assessing movement in three directions and storing the data over time.

Simple accelerometers differentiate when we are resting from when we are exercising (and perhaps prod us to move a bit more). More complex accelerometers can distinguish between specific activities. Ever wonder how the Nintendo Wii knows that you’re hitting the virtual tennis ball? That’s an accelerometer. Or how your smartphone knows how many steps you take, or when you’re driving a car? Accelerometer, again.

This technology also provides an exciting new tool for wildlife professionals. Normally, we get only brief glimpses into the lives of wild animals, particularly elusive ones like wolverines. Now, we can attach an instrument to them — a kind of miniaturized smartphone, if you will — capable of tracking their behavior constantly for months on end.

Adapting accelerometer usage from people to wildlife wasn’t easy. How do you get a device to understand when a wolverine is tearing apart a caribou, versus simply strolling across the Arctic tundra? In applications for humans, the tri-axial accelerometer “learns” how to recognize actions like walking, dancing, or exercising, which can then be applied to a smartphone app or Wii remote.

We found that parallel algorithms can be established for wildlife with the help of zoological parks, as we describe in our study detailed in the November issue of the journal Ecological Informatics. The same technology that enabled mobile device engineers to train smartphones using data from people enabled us to train accelerometers to recognize behaviors of wild wolverines based on observations of captive animals.

For two weeks, we monitored three wolverines equipped with tri-axial accelerometers at Nordens Ark, a wildlife park in Bohuslän, Sweden, devoted to conserving threatened and endangered species. Every day, we recorded the times and durations of wolverines’ different behaviors. We then extracted the accelerometer data in the lab and created an algorithm linking the data to actions such as running, resting, grooming, and eating, to name a few.

The exciting part was applying all of this to wolverines in the wild. To do that, we equipped seven wolverines in Arctic Alaska with GPS collars and accelerometers for approximately three months. To ensure that the collars would eventually drop off, we attached them with “rot-away” strips that deteriorate steadily over that time. When we recovered the instruments, we applied the algorithm we’d developed to these wild wolverines, giving us an unprecedented window into their lives.

We’re still working through all the data, but we’ve already learned that wolverines generally like to rest in the late afternoon and evening, beginning their patrols around midnight. We’ve also begun looking into how vigilant they are (how much time they spend scanning their surroundings) under different conditions, an important survival technique for an animal that is sometimes hunted and killed by wolves. The data could also reveal the impacts of climate change and human infrastructure on wolverine behavior.

Moving forward, our ability to learn from tri-axial accelerometers will likely only grow, fueled by new developments for use in smart devices and home entertainment. So, the next time you download the latest offering from the App store, remember that you just might be previewing the next great technology for conservation.

The views expressed are those of the authors and do not necessarily reflect the views of the publisher. This version of the article was originally published on Live Science.