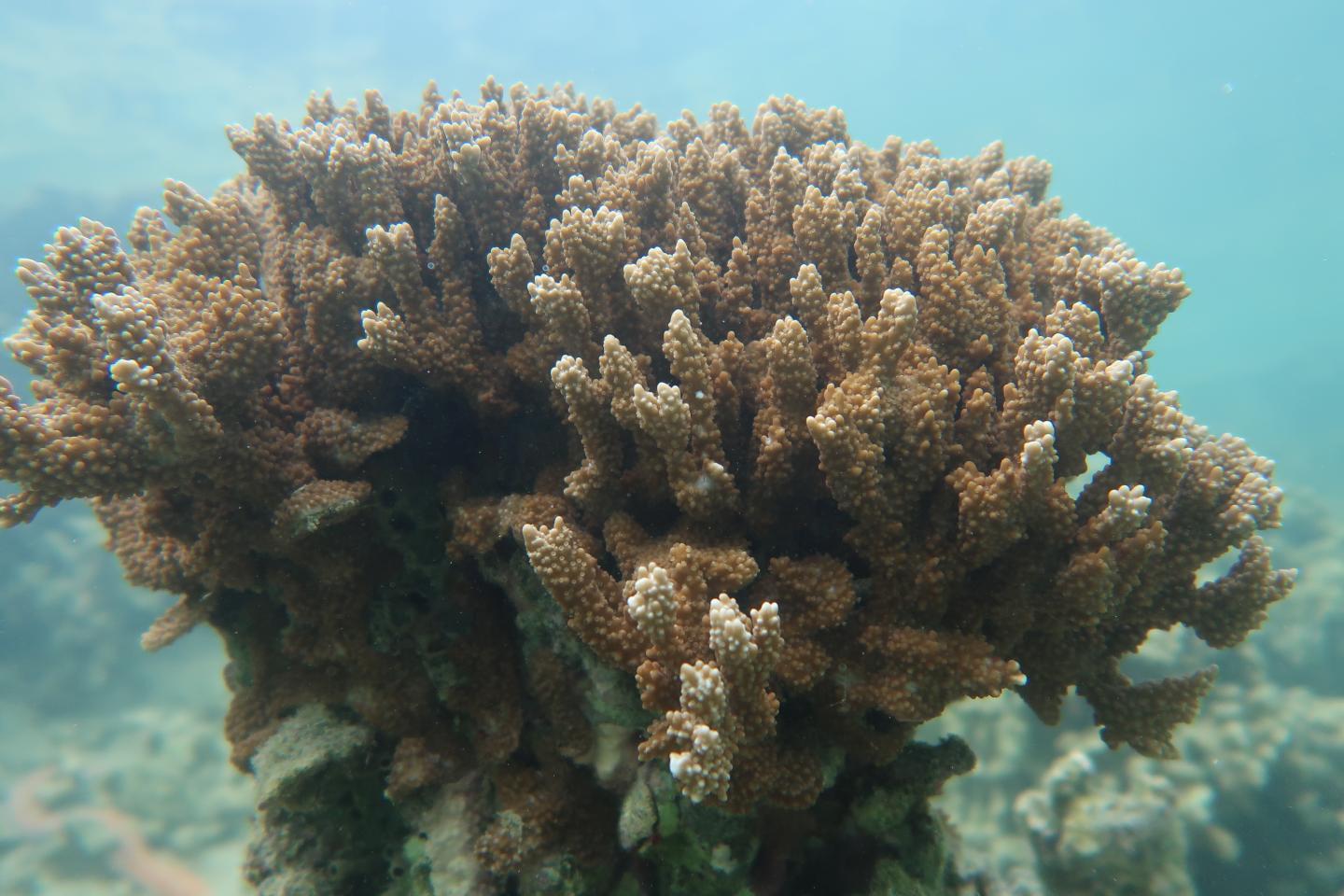 Researchers have found a novel way to identify heat-stressed corals, which could help scientists pinpoint the coral species that need protection from warming ocean waters linked to climate change, according to a Rutgers-led study.

“This is similar to a blood test to assess human health,” said senior author Debashish Bhattacharya, a Distinguished Professor in the Department of Biochemistry and Microbiology in the School of Environmental and Biological Sciences at Rutgers University-New Brunswick. “We can assess coral health by measuring the metabolites (chemicals created for metabolism) they produce and, ultimately, identify the best interventions to ensure reef health. Coral bleaching from warming waters is an ongoing worldwide ecological disaster. Therefore, we need to develop sensitive diagnostic indicators that can be used to monitor reef health before the visible onset of bleaching to allow time for preemptive conservation efforts.”

Coral reefs provide habitat, nursery and spawning grounds for fish, food for about 500 million people along with their livelihoods, and coastline protection from storms and erosion. But global climate change threatens corals by warming ocean waters, resulting in coral bleaching and disease. Other threats to corals include sea-level rise, a more acidic ocean, unsustainable fishing, damage from vessels, invasive species, marine debris and tropical cyclones, according to the National Oceanic and Atmospheric Administration.

The study, published in the journal Science Advances, examined how Hawaiian stony corals respond to heat stress, with a goal of identifying chemical (metabolite) indicators of stress. Heat stress can lead to the loss of algae that live in symbiosis with corals, resulting in a white appearance (bleaching) and, potentially, the loss of reefs.

Scientists subjected the heat-resistant Montipora capitata and heat-sensitive Pocillopora acuta coral species to several weeks of warm seawater in tanks at the Hawai’i Institute of Marine Biology. Then they analyzed the metabolites produced and compared them with other corals not subjected to heat stress.

“Our work, for the first time, identified a variety of novel and known metabolites that may be used as diagnostic indicators for heat stress in wild coral before or in the early stages of bleaching,” Bhattacharya said.

The scientists are validating their coral diagnosis results in a much larger study and the results look promising. The scientists are also developing a “coral hospital” featuring a new lab-on-a-chip device, which could check coral health in the field via metabolite and protein indicators.

The coral hospital work is in collaboration with Rutgers School of Engineering Professor Mehdi Javanmard and Xiaoyang Su, an assistant professor at Rutgers Robert Wood Johnson Medical School and director of the Rutgers Metabolomics Shared Resource at the Rutgers Cancer Institute of New Jersey. Rutgers co-lead authors for the Hawaii study include doctoral student Amanda Williams and Eric N. Chiles, research teaching specialist at Rutgers Cancer Institute of New Jersey. Other Rutgers co-authors include Jananan S. Pathmanathan, a post-doctoral associate, and Professor Su. Researchers at the University of Rhode Island and Stanford University contributed to the study.