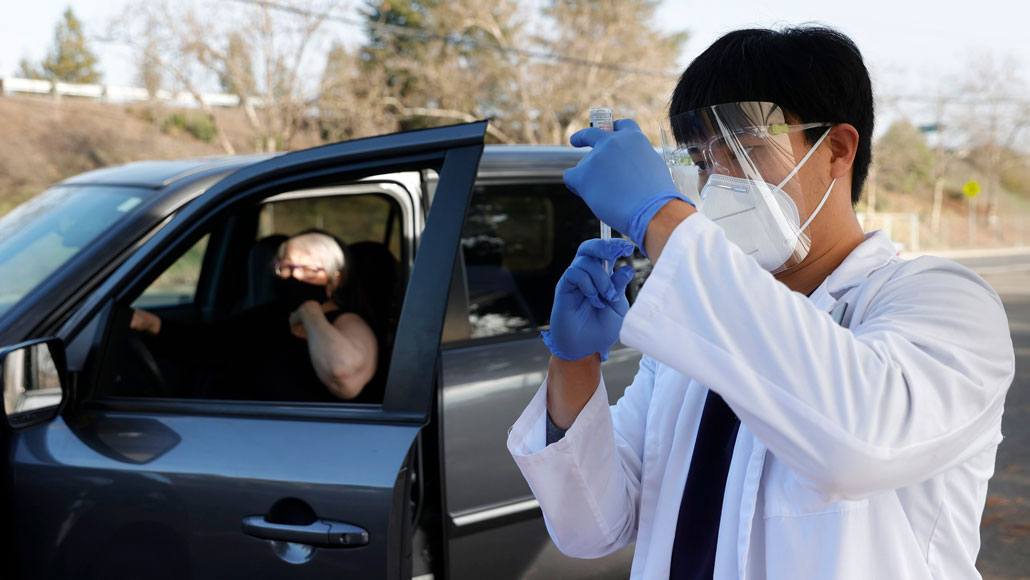 As new variants of the coronavirus that causes COVID-19 emerge, a slew of new studies suggest that some may be able to evade immune responses triggered by a previous infection or by a vaccine. That worry has already prompted some vaccine makers to look for ways to tweak their shots to keep up with these troublesome newcomers.

Researchers had been concerned that mutations in a viral protein that helps the coronavirus break into cells could dampen the immune response against the virus. The new studies suggest that some viral variants may escape at least some of that immunity, which could put people who have been vaccinated or who have already recovered from a bout of COVID-19 at risk of getting infected (SN: 8/24/20).

Still, “we should urge caution, but not panic,” says Mark Slifka, a microbiologist and immunologist at Oregon Health & Science University in Portland. “The immune system has multiple backups” to cope with ever-changing viruses, he says.

What’s more, it should be straightforward — at least in principle — to update vaccines that rely on parts of the coronavirus’s genetic code to trigger an immune response (SN: 7/10/20). And while some virus mutations could put a dent in how well the vaccines work, currently authorized shots have a long way to fall before they might become ineffective, Anthony Fauci, director of the U.S. National Institute of Allergy and Infectious Diseases and chief medical adviser to President Biden, said in a Jan. 21 news briefing.

COVID-19 vaccines developed by Pfizer and Moderna proved highly effective in clinical trials (SN: 12/18/20), with an efficacy of about 95 percent. The U.S. Food and Drug Administration recommends that COVID-19 vaccine candidates should have an efficacy of at least 50 percent for emergency use authorization (SN: 10/4/20).

Viruses mutate all the time, and the coronavirus that causes COVID-19 is no exception (SN: 5/26/20). While most changes have little to no effect on how the virus behaves when it infects a person, a few rare alterations can make some viral variants more dangerous to people, such as making a virus more transmissible or deadly.

Another danger can arise if a mutation helps the virus elude the body’s immune response. Protection from any virus comes, in part, in the form of immune proteins called antibodies, which latch on to proteins on the virus. The immune proteins can prevent the virus from getting into other cells or spur other immune cells into action. Mutations in viral proteins can weaken or prevent that binding, making the antibody response less effective.

Such problematic mutations are now appearing in a few versions of the coronavirus that researchers are tracking. A virus variant called B.1.1.7, first identified in the United Kingdom, appears to be more transmissible than its close relatives, giving it a potential evolutionary advantage (SN: 12/22/20). Researchers are also monitoring the spread of a variant in South Africa dubbed 501Y.V2 that has some of the same mutations as B.1.1.7, as well as other changes. Another potentially concerning variant called P.1 has emerged in Manaus, Brazil — a region that was already hit hard by the pandemic in 2020 (SN: 9/24/20).

The South Africa variant has yet to be detected in the United States. But the U.K. variant, already circulating in 24 states, could become the dominant strain in the country in March (SN: 1/15/21). And the first U.S. case of the Brazil variant was reported January 25 in someone who had traveled to the South American country.

Researchers have been investigating how these variants might respond to vaccines, and some versions of the coronavirus are more concerning than others.

In the case of B.1.1.7 for instance, antibody-containing serum taken from the blood of 23 people who had received Pfizer’s vaccine can still stop the variant from infecting human cells in lab dishes, researchers report in a preliminary study posted January 20 at medRxiv.org. That immune response to B.1.1.7, however, was lower in some samples compared with a version of the new coronavirus that doesn’t have those mutations. Another preliminary study posted January 19 at bioRxiv.org found that the immune responses from Moderna’s vaccine were similar to those from Pfizer’s against the new variant.

Some data for coronavirus variant 501Y.V2, however, are more troubling. Antibodies in the serum of 21 out of 44 people who had recovered from COVID-19 lost the ability to neutralize the new viral variant in lab-grown cells, researchers report in a preliminary study posted January 19 at bioRxiv.org.

A separate, small preliminary study of six recovered patients found that the antibodies from those people had a wide range of virus-fighting abilities, researchers report January 26 at medRxiv.org. Antibodies from one person completely lacked the ability to stop 501Y.V2 from infecting cells. The other five people had antibodies that were between a sixth to one two-hundredths as potent against 501Y.V2 as they were against the version of the coronavirus behind South Africa’s first wave of COVID-19.

And yet, early results also suggest that the Moderna vaccine should still work against both B.1.1.7 and 501Y.V2, researchers report January 25 in a preliminary study posted at bioRxiv.org.

The team took blood samples from eight people who had received the Moderna vaccine in a Phase I clinical trial, and then tested the samples in lab dishes to see if the new virus variants could still infect the cells. The immune response to B.1.1.7 and to a coronavirus variant that didn’t have the potentially problematic mutations was similar. But it was only a sixth as effective at preventing 501Y.V2 from getting into cells.

Even so, that level of activity is robust enough to protect monkeys from developing COVID-19l when exposed to a different version of the coronavirus, Moderna reported in a Jan. 25 news release. That suggests that even though immunity sparked by the vaccine has diminished in the face of 501Y.V2, vaccinated people might still have some level of protection from the new variant. It’s possible that people who have recovered from a previous bout of COVID-19 and whose antibody levels might have waned may be more susceptible to reinfection with 501Y.V2 than other variants.

“These reports are worrisome,” says Nina Luning Prak, an immunologist at the University of Pennsylvania. Still, she says, “you’ve got multiple shots on goal.” People make myriad antibodies that attack many different parts of a viral target, making it difficult for a virus to escape all of them at once (SN: 1/14/21).

Researchers have mainly focused on neutralizing antibodies, which stop viruses from infecting host cells and could prevent a viral infection in the first place. While antibodies from 21 recovered patients could no longer stop the variant from getting into cells in the Jan. 19 bioRxiv.org study of 501Y.V2, other antibodies still attached to the virus but did not neutralize it.

In the body, those non-neutralizing antibodies could activate other immune cells to eliminate the coronavirus, Slifka says. Plus, people who have recovered from infections have long-lasting immune cells that stick around in the blood and make antibodies if a person is re-exposed to the coronavirus. Such cells may produce antibodies that can even bind to mutated viruses (SN: 11/24/20).

Experts still don’t know what metrics, such as antibody levels in the blood, signal if a person is protected from the coronavirus. That makes it hard to tell from experiments done with lab-grown cells whether low levels of neutralizing antibodies are enough to stop an infection in a person or protect them from developing severe COVID-19, says Stuart Ray, a virologist and infectious disease physician at Johns Hopkins University School of Medicine.

While the preliminary results hint at some trouble for vaccines, there’s not yet enough evidence to push scientists to begin giving people updated shots. For that, “I think we’d need to see evidence of reinfections in people who had well demonstrated immune responses” to the coronavirus, Ray says.

If it did come to that point, some types of vaccines could be easier to update than others. A new version of mRNA vaccines like Pfizer’s and Moderna’s could be made in the lab in a few days, says John Mascola, director of the Dale and Betty Bumpers Vaccine Research Center at NIAID. Moderna announced January 25 that the company plans to run clinical trials to test whether vaccinated people could get a third dose of its vaccine. Moderna is also planning to test a booster shot that uses a protein from the coronavirus variant in South Africa. Pfizer has said that the company is laying the groundwork to tweak its vaccine.

Other vaccines, like AstraZeneca’s or Johnson & Johnson’s, need to be produced in lab-grown cells, which could take a few weeks (SN: 11/23/20). Companies would then need to ramp up manufacturing for millions of doses, which takes time.

But one complication is how regulatory agencies like the FDA might want to test updated vaccines tweaked to target new coronavirus variants. So far, that is unclear. If experts learn what immune system signals correlate with immunity in ongoing clinical trials, new vaccines might be tested in tens or hundreds of people — as agencies already do for updated influenza vaccines — rather than tens of thousands. But for now, Mascola says, “it is uncharted territory.”