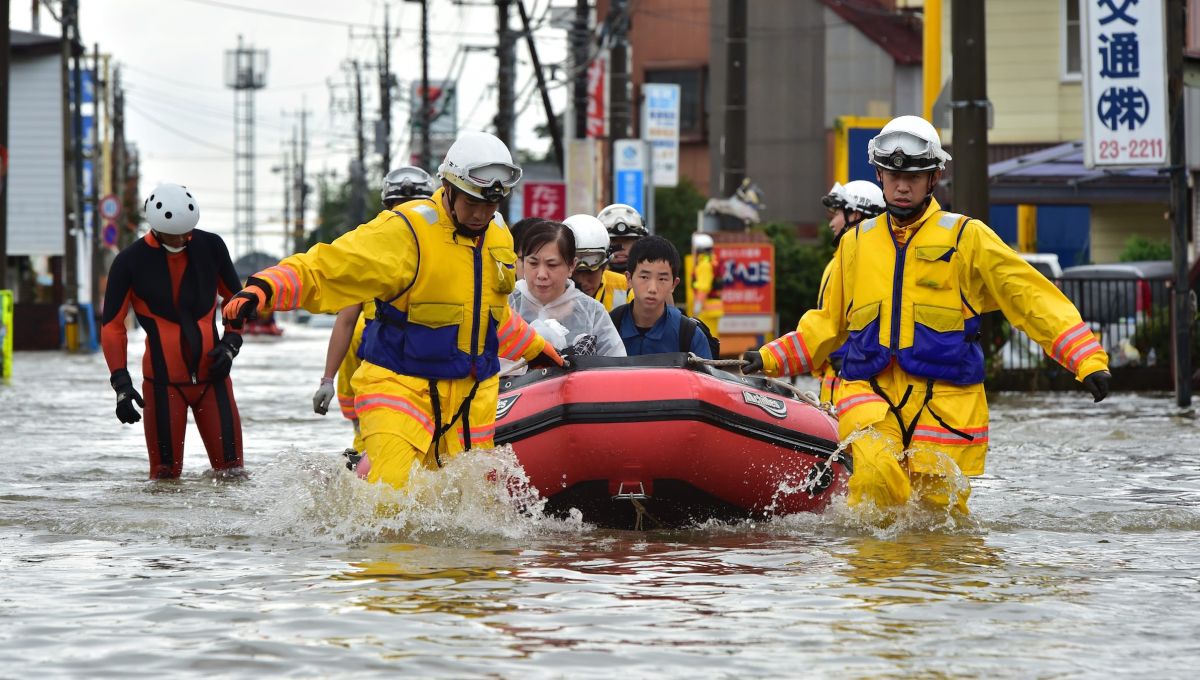 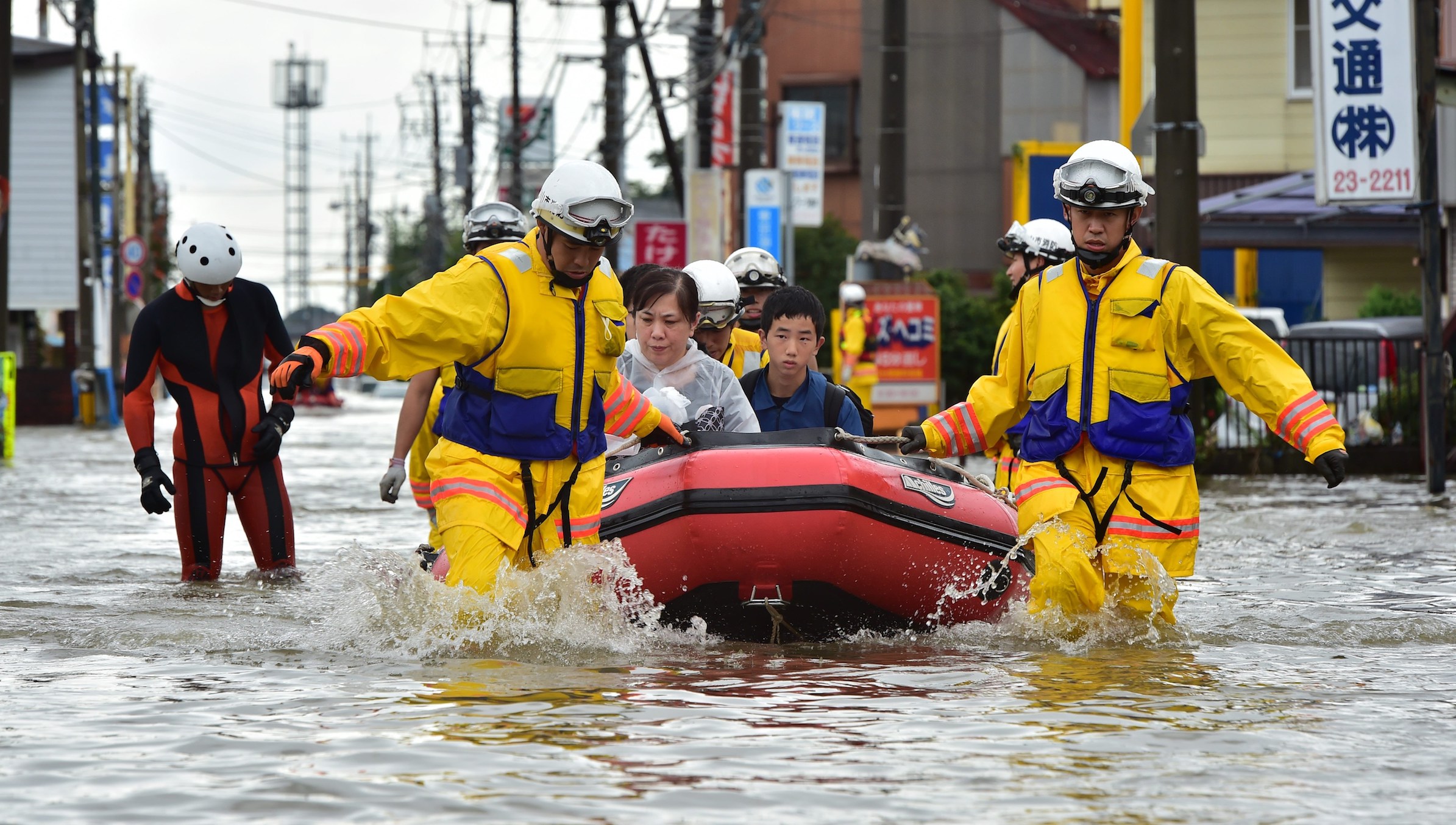 Sea level rise is not a new phenomenon. For much of the 20th century, the global mean sea level has been inching upward — about 0.05 inches (1.4 millimeters) per year, according to the United Nations’ Intergovernmental Panel on Climate Change. Global mean sea level is an average of all the seas covering the Earth. But during the last two decades, the rate has more than doubled. From 2005 to 2015, sea levels rose by 0.1 inches (3.6 mm) per year.

But is this rise consistent worldwide?

Nope, not at all. “Sea level rise is not very uniform across the globe,” said Kathy McInnes, a senior principal research scientist at the Commonwealth Scientific and Industrial Research Organisation (CSIRO) in Australia. She leads the Climate Extremes and Projections Group of CSIRO’s Climate Science Centre.

Related: Could we ever pull enough carbon out of the atmosphere to stop climate change?

Many places are experiencing a rise as the global mean rises, but in a few places sea level is falling, said Jacky Austermann, an assistant professor of Earth and environmental sciences at Columbia University’s Lamont-Doherty Earth Observatory in New York. “There’s not a place that’s immune from sea level change,” Austermann told Live Science.

What’s causing sea levels to change? Climate change, mostly. Rising temperatures warm the air and the water. As water warms, it expands. The warm air and water also melts ice sheets. “In Antarctica, warming oceans are the biggest contributor to disintegration of ice sheets,” Austermann said. As the glaciers melt, more water flows into the ocean, thus adding more volume to the seas.

But where does that extra water go? It doesn’t spread out evenly across the globe, McInnes said. Globally, there are two main factors — thermal expansion and the gravitational pull of ice sheets. With thermal expansion, ocean currents redistribute heat, which moves cold and warm water around. “If there’s greater heat in some areas and less heat in others,” warmer ocean areas will expand more, while colder places will have less expansion, McInnes said. Atmospheric winds can also depress and raise oceans, she added. Moreover, those wind patterns are also changing as the planet warms, Live Science previously reported.

When gigantic ice sheets melt, they don’t just simply add water to the ocean. Mass attracts mass. The Antarctic and Greenland ice sheets are so large that their masses exert a gravitational pull on the sea around them, Austermann said. This makes the sea level a bit higher in those areas. But when the ice sheets melt, their masses reduce, too. As the mass decreases, so does the strength of the gravitational force pulling up the water. In effect, sea levels are falling close to the melting ice sheets, for instance in Greenland, but rising on the opposite side of the world, in this case the Southern Hemisphere, she added. “This pattern of sea level change on the globe, called a sea level fingerprint, is distinct for that particular ice sheet,” Austermann said, explaining how the melting Greenland and Antarctic ice sheets each have their own fingerprint patterns.

Local effects like groundwater pumping, fossil fuel extraction, and compaction of sediment also worsen sea level rise, McInnes said. In some areas, especially cities built on deltas like Tokyo and New Orleans, the land is falling while sea levels rise. “Some of these large mega-deltas are actually sinking at a much faster rate than sea level is rising,” McInnes said. “That’s a double whammy where the land is going down and sea levels are going up at the same time.”

Natural climate cycles contribute to sea level rise, too.” El Niño and La Niña cause a see-saw-like effect where all the water piles up on one side of the [Pacific Ocean] basin in one phase, and then piles up on the other side of the basin in the other phase,” McInnes said.

Rising sea levels across the globe may lead to more destructive storm surges and more frequent nuisance flooding, or flooding that causes public inconveniences, for instance road closures. Stormwater drainage systems rely on gravity between the inland area and the ocean to function properly, so if ocean sea levels rise, then water won’t move the right way through drainage system pipes, especially during storms. “If we continue to have storm surges, they will elevate water levels on top of already higher sea levels,” Austermann said. “That’s the most pressing short-term problem regarding sea level rise.”