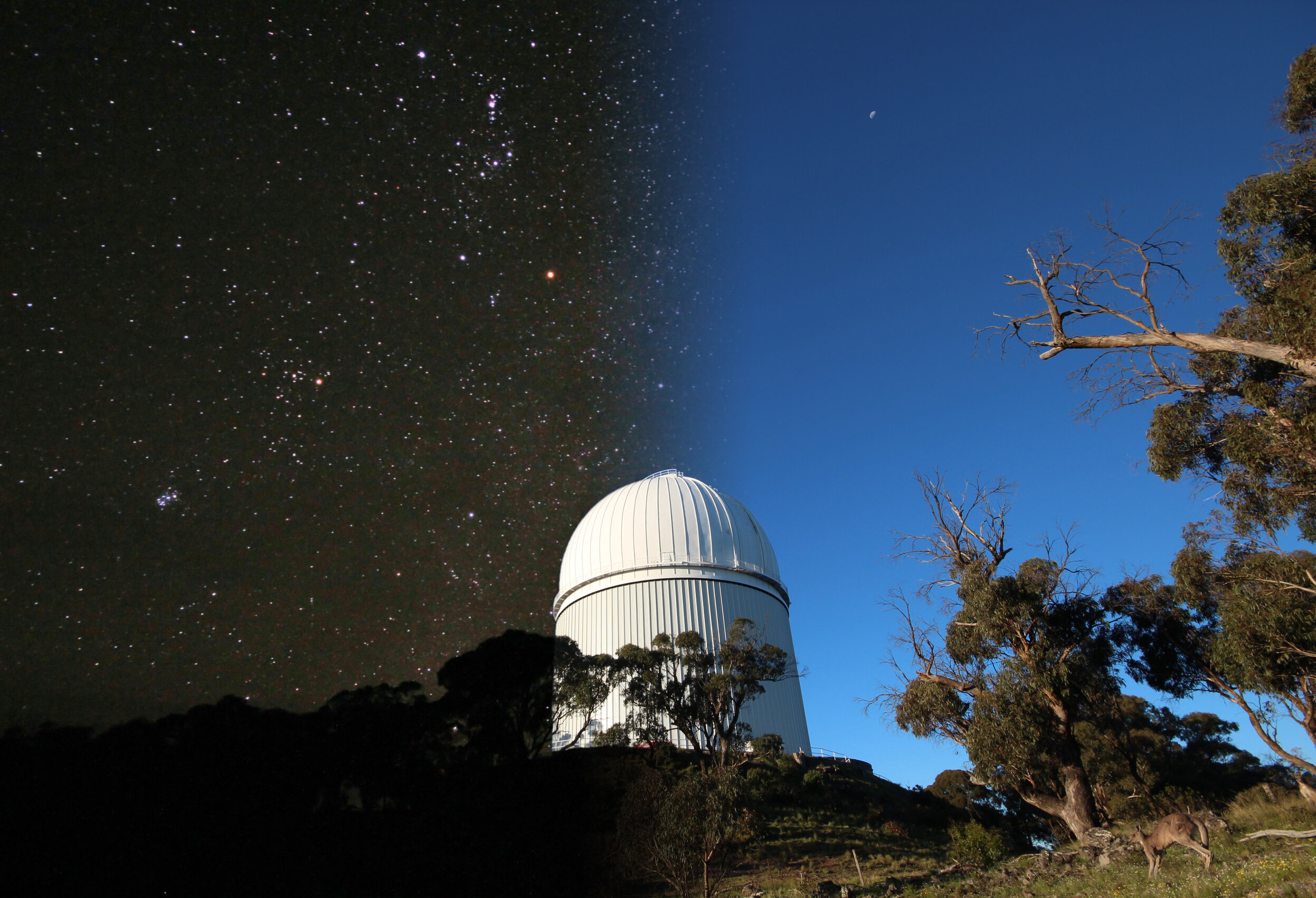 How do stars destroy lithium? Was a drastic change in the shape of the Milky Way caused by the sudden arrival of millions of stellar stowaways?

These are just a couple of the astronomical questions likely to be answered following the release today of ‘GALAH DR3’, the largest set of stellar chemical data ever compiled.

The data, comprising more than 500 GB of information gleaned from more than 30 million individual measurements, was gathered by astronomers including Sven Buder, Sarah Martell and Sanjib Sharma from Australia’s ARC Centre of Excellence in All Sky Astrophysics in 3 Dimensions (ASTRO 3-D) using the Anglo Australian Telescope (AAT) at the Australian Astronomical Observatory at Siding Spring in rural New South Wales.

The release is the third from the Galactic Archaeology with HERMES (GALAH) project, which aims to investigate star formation, chemical enrichment, migration and mergers in the Milky Way. It does this using an instrument called the High Efficiency and Resolution Multi-Element Spectrograph, or HERMES, which is connected to the AAT.

The new data covers 600,000 stars and takes the project very close to meeting its goal of surveying one million.

“It’s a bit like a galactic version of the game Cluedo,” said ASTRO 3-D’s Sven Buder, a research fellow at the Australian National University.

“The chemical information we’ve gathered is rather like stellar DNA—we can use it to tell where each star has come from. We can also determine their ages and movements, and furnish a deeper understanding of how the Milky Way evolved.”

And, just like in Cluedo, the information can be used to get to the bottom of mysterious events.

“For instance, while we are mainly surveilling our solar neighbourhood, we have found more than 20,000 stars which do not have the same chemical composition or age our Sun and its neighbours,” explained Dr. Buder.

“We know that roughly eight billion years ago the shape of the Milky Way changed drastically when it collided with another, smaller galaxy, which contained millions of stars. We’ve now used the stellar DNA to identify some of the prime suspects for the assault. These stowaways are so different they can only have come from somewhere else.”

Another mystery likely soon to be solved thanks to new evidence uncovered is called the ‘Cosmological Lithium Puzzle’.

Lithium was one of the elements created during the Big Bang. It is also destroyed by some types of stars. However, modelling aimed at estimating its abundance has so far always come up short—with the calculated total not matching the empirical evidence.

“Basically, a lot of the oldest stars have burned much of the Big Bang lithium, so our measurements for this element come out lower than the amount that was initially synthesised in the early Universe,” said ASTRO 3-D researcher Dr. Sanjib Sharma from the University of Sydney.

“At the same time, we have found that one type of star, known as evolved giants, should have burned through pretty much all of their lithium by now, but a lot of them have much more of it than we expected. The GALAH data will help us discover why.”

As with the two previous data releases from the GALAH survey, the information is freely available to astronomers around the world.

“Since the start of the GALAH project we have focused on building a dataset that can answer our questions about the history of the Milky Way, and also many others. I’m excited to see what our international colleagues will do with GALAH DR3.”