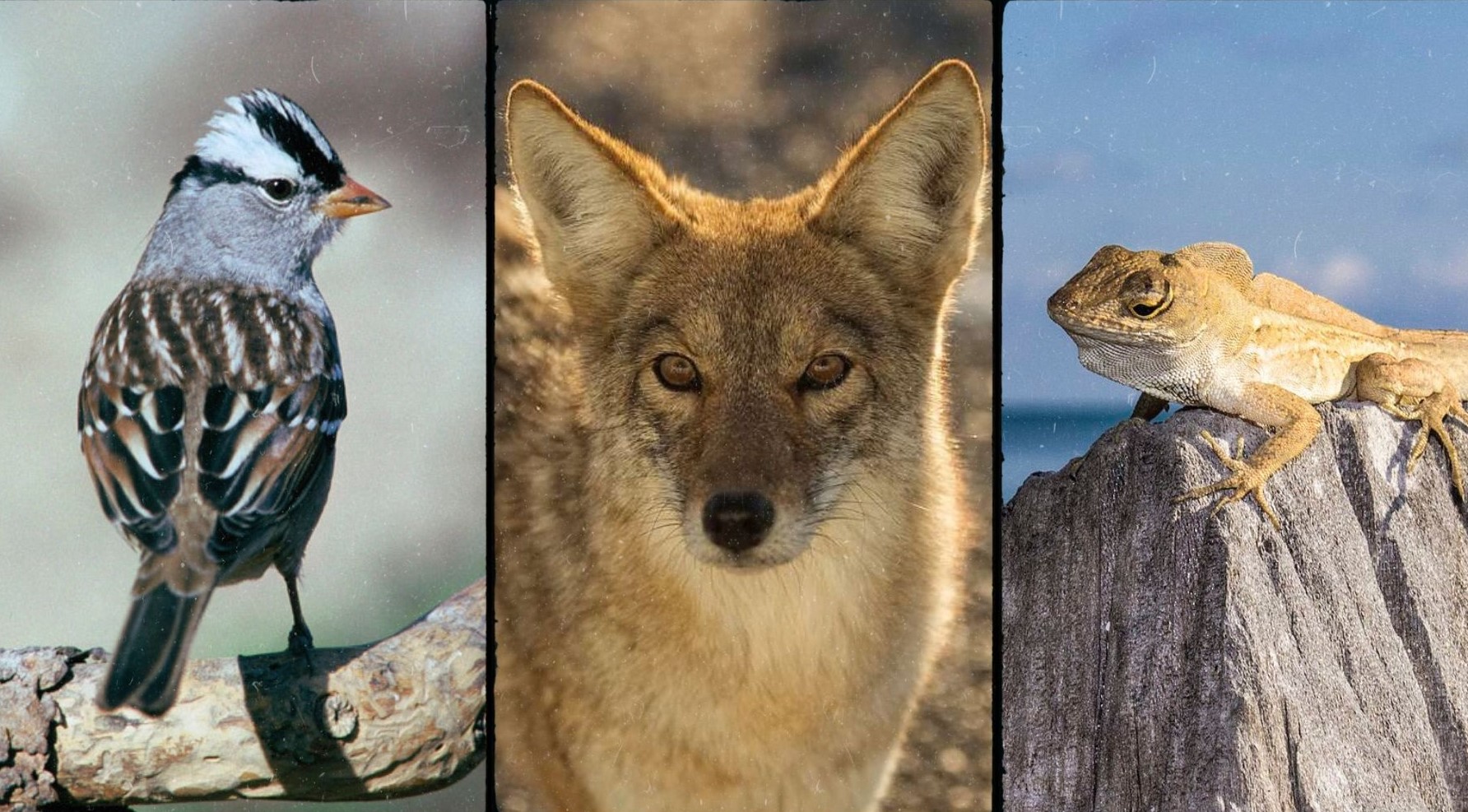 The gut microbiome is a complex community of microbes like bacteria, viruses and fungi, with strong links to health and disease. Different animals have different gut microbiota, depending on evolution, lifestyle, and the animal’s environment. Scientists have shown that animals in captivity have disrupted gut communities, which can cause disease. Human urbanization is also impacting ecosystems worldwide, so scientists want to understand how this might alter the microbiomes of affected wildlife.

To address this question, researchers in the US investigated whether city-dwelling wildlife have different gut microbiomes than rural wildlife. They studied gut microbiomes in species that have both urban and rural populations, including white crowned sparrows, coyotes, and several anole lizard species, all of which are native to North America.

To get a snapshot of their gut microbiomes, the team compiled DNA from fecal samples of each animal. The microbiome contains a large mixture of microbial species. Each species has a unique DNA sequence, like a fingerprint, which can be used for identification. These fingerprints are called Amplicon Sequence Variants, or ASVs for short. The authors searched for ASVs in the microbial DNA from fecal samples to capture a picture of each animal’s gut microbiome.

Once they had compiled the DNA data, the authors analyzed ASVs in each animal population using machine learning and statistical techniques. They found that the microbiomes of urban coyotes, sparrows and lizards were more similar to those of humans than their rural counterparts.

The ASVs from lizards in urban, semi-urban and rural areas displayed a gradient of microbiome similarity to humans. These data showed that the closer the lizard populations lived to an urban area, the more similar their gut microbiomes were to humans. The microbiomes of urban coyotes, sparrows, and lizards were somewhat similar to humans, but they still had more in common with their rural counterparts. This meant that the microbiomes of urban-dwelling populations of these animals were not identical to humans, but only shifted slightly towards more human-like microbes.

The authors also wanted to know what factors could have changed the gut microbiomes of these animals. They hypothesized that urban wildlife microbiomes could have either lost or gained microbes, resulting in a greater similarity to humans. To study the gain or loss of microbes within each species’ microbiome, they measured how diverse the microbial populations were by assessing the variety and frequency of ASVs – these unique microbial fingerprints – using statistical analysis.

The team’s analysis showed that the gut microbiomes of urban humans were less diverse than those of rural humans. Conversely, the gut microbiomes of urban coyotes, sparrows and lizards were more diverse than rural populations. The scientists interpreted these results to mean that the urban populations of animals had gained gut microbes rather than lost them. They even found that the lizards had gained a species of bacteria that is a major member of the human microbiome.

The authors proposed two ways to explain the similarities between the gut microbiomes of urban wildlife species and humans. One was that urban environmental pressures, like pollution or dietary shifts, could affect both humans and wildlife, resulting in similar microbiomes. The second was that the human microbiome could be directly transmitted to local wildlife via a process termed bacterial spillover. However, these authors couldn’t directly test bacterial spillover in their study, since the urban human samples came from a different location than the urban wildlife samples.

These scientists suggested that this data demonstrated for the first time that the gut bacteria of urban wildlife can shift towards a more human-like microbiome. The authors stated that the next step will be to determine how these altered microbiomes could impact wildlife health. They also proposed that future studies should examine the diet of rural and urban wildlife, to uncover how different foods could contribute to these changes in gut microbes.