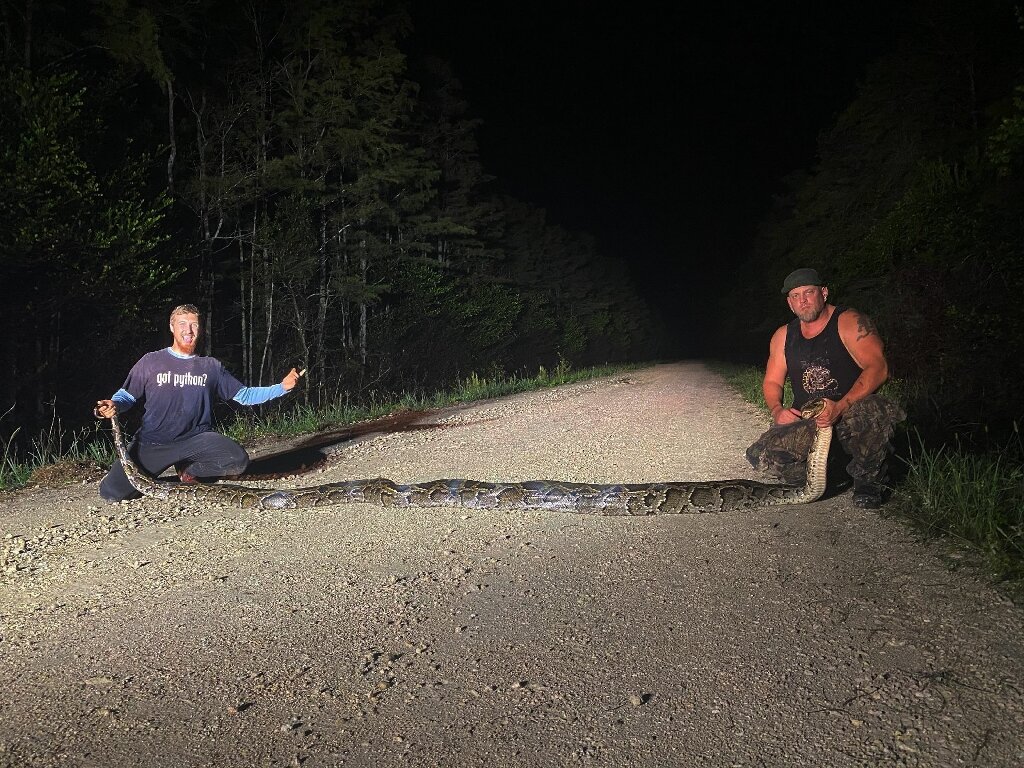 Two Florida hunters set a new record when they caught a Burmese python that measured a whopping 18 feet, 8.8 inches (5.71 meters), authorities in the southern state said Friday, as they encourage more people to eliminate the invasive species.

The Burmese python was captured 40 miles (60 kilometers) west of Miami and weighed in at 103 pounds (47 kilograms), the Florida Fish and Wildlife Conservation Commission said.

“That’s a new record!” the agency said in a statement accompanied by a picture of hunters Ryan Ausburn and Kevin Pavlidis, posing at either end of the monster serpent, stretched across a country road.

“The removal of this female snake is a triumph for our native wildlife and habitats,” the commission said.

The previous record for the invasive species was 18 feet and 7.6 inches, captured in 2013.

A native of southeast Asia, the constrictors were probably introduced to Florida as exotic pets toward the end of the last century and released into the Everglades, vast wetlands that occupy much of the southern part of the state.

They have no natural predators there and feed on everything from raccoons to smaller alligators.

The Florida Fish and Wildlife Conservation Commission pays hunters a bounty to capture the snakes.

‘A win for the Everglades’: 5,000 pythons removed in state-sponsored capture program