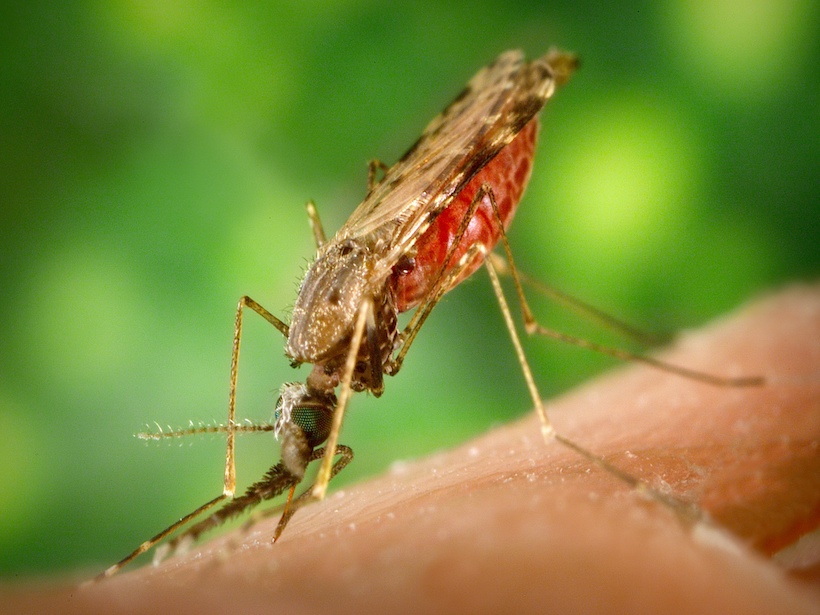 That’s because mosquitoes, including the types that carry the parasite that causes malaria, need certain environmental conditions to thrive. By improving our understanding of these environmental conditions and how they are likely to change in the coming years, scientists can estimate which areas could be hot spots for malaria transmission, both currently and over the next century.

New research incorporates hydrological modeling to help determine which regions of the continent of Africa can support malaria-transmitting mosquitoes; this may be an important initial step in developing more accurate predictions about the future of malaria there.

Mosquitoes require certain conditions to survive. They can’t live where it’s too cold or too dry, and many species require stagnant water in which to lay their eggs. Many studies have used rainfall as a proxy for water availability and subsequently the suitability of an area for mosquitoes and malaria transmission, said Mark Smith, the study’s lead author and an associate professor of water research at the University of Leeds in the United Kingdom.

But Smith said that whether an area has standing water isn’t based on just rainfall. Infiltration (i.e., how much water enters the soil), evaporation, and transportation through stream and river networks can all affect how much water is available on the land surface.

The Next Century of Malaria

Knowing which areas are most suitable for malaria transmission is important for implementing public health measures.

Knowing which areas are most suitable for malaria transmission is important for implementing public health measures, said Smith. “Where should we target these campaigns, these often scarce public health resources, to implement these control measures? Where will they be most necessary? Because you can’t do everywhere…you have to have that ability to focus.”

In the present study, scientists combined temperature data with hydrological models to create an updated set of predictions about how malaria suitability will change over the next century. This model predicts that while the overall area that could support stable malaria transmission will change only slightly, there could be substantial shifts in the specific locations where malaria transmission will be likely to occur.

In particular, the model predicts that malaria suitability will increase in the Ethiopian Highlands, certain regions of South Africa, and around the Gulf of Guinea. On the other hand, malaria suitability may be reduced in countries like Mali and South Sudan.

Arne Bomblies, an assistant professor of environmental engineering at the University of Vermont who was not involved in the present study, said that incorporating hydrology is very important for creating more accurate models of malaria transmission.

“I’m very happy with the inclusion of hydrology models in such continental-scale malaria models,” said Bomblies. “I think that too many times, it’s overlooked.”

Smith said that this study is just the beginning. In future work, the team hopes to build a much more detailed picture of the future of malaria transmission, focusing on smaller areas and incorporating more factors into the models, including the physics of flooding events and different types of mosquito behaviors and preferences.

“If we can get a better idea as to how the hydrology and ecology interact with each other across the landscape, we could then target things much better.”

“Different mosquitoes [have] different behaviors and are found in different puddles,” said Smith. “Some of them may be outdoor biters, some of them may be indoor biters. So if we can get a better idea as to how the hydrology and ecology interact with each other across the landscape, we could then target things much better.”

Bomblies agreed that it would be useful for future studies to take these ecological factors into account. These include not only how mosquitoes behave and interact with humans, but also how they fit into the food web. For example, Bomblies said, certain regions or types of water bodies may have predators like fish or beetles that eat the mosquito larvae, helping keep mosquito populations down even when conditions are otherwise suitable for mosquito breeding.

Bomblies said future models could also incorporate land use practices, as local practices can have a big impact on mosquito breeding habitat. For example, he said, in certain places, people dig up the clay-rich soils for building materials, leaving pits behind that fill with water and become breeding grounds for mosquitoes.

Agricultural practices can be important too. Bomblies said certain types of crops, including rice, are grown in wet conditions that can provide places for mosquitoes to proliferate.

Because of the complexity of modeling malaria transmission, Smith said that it’s important to have multidisciplinary teams conducting this research. “I think the key message I have is that working together across the disciplines, it does open lots of doors and avenues forward.”