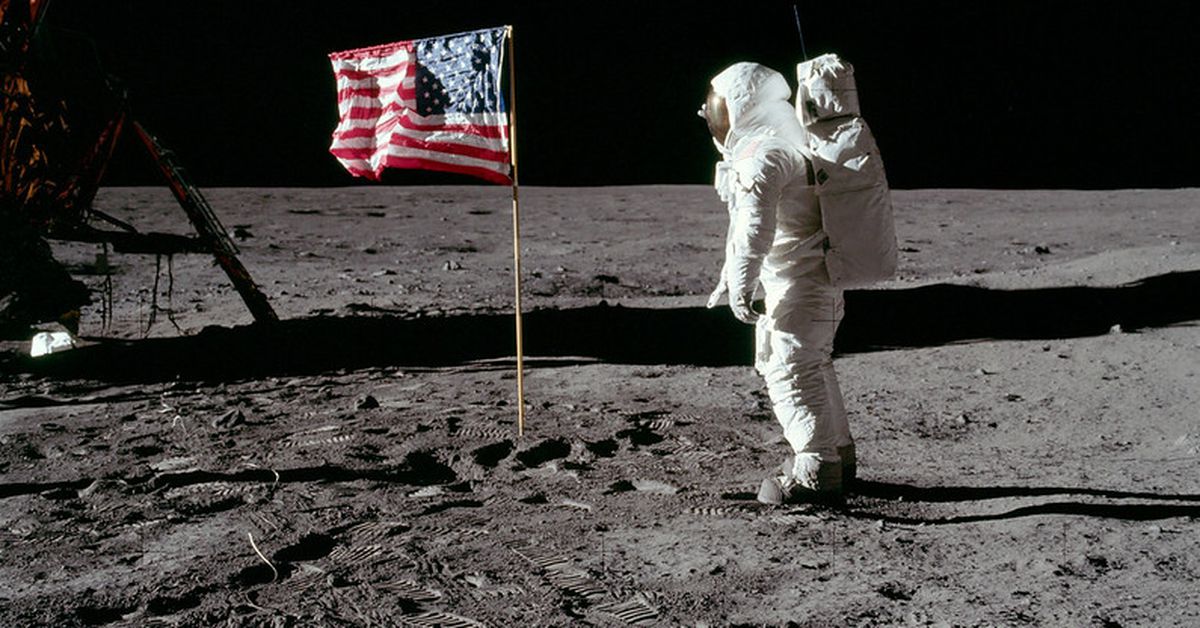 This week’s episode features special guest Dallas Taylor—he’s a sound engineer and the host of Twenty Thousand Hertz. Make sure to check it out!

FACT: At least one very unlucky astronaut claims he had an allergic reaction to lunar dust

Lunar dust is, at least according to some NASA experts, the number one challenge facing missions to the moon. That may be hard to believe, but only if you know nothing about moon dust. Here’s the 411: it’s both wildly sharp and incredibly powdery, which turns out to be a terrible combination.

Even worse is that you can—maybe, possibly—be allergic to it. There’s not exactly a large sample size of people who have ever breathed in moon dust, but at least two people have had what appears to be an allergic reaction to it. Cruelly, the first was a geologist who flew on Apollo 17, only to arrive on the moon and realize he was allergic to the very thing he studied. There’s a beautiful kind of poetry to that, I think.

You’ll have to listen to the episode to find out some of the wilder facts about lunar dust, but I’ll leave you with this tease: astronauts and miners have a lot more in common than you’d think.

The Colossi of Memnon were built near what’s now Luxor around 1350 BCE, and they originally stood guard over the palatial memorial grounds of the Pharaoh Amenhotep III. Depicting Amenhotep in the style of Osiris, the statues stood 26 feet high and were carved from a single block of quartzite sandstone that came from hundreds of miles away.

The temple and other structures around the complex didn’t last very long: around 1200 BC, an earthquake did away with everything but the Colossi. In 27 BC, another earthquake hit and shattered the northern Colossus, collapsing it from the waist up and cracking the lower half.

This phenomenon—which occurred only at the break of dawn—sparked a tourist craze, and visitors left ancient Yelp reviews in the form of graffiti on the statue’s base. Julia Balbilla, a Roman noble who visited in 130 A.D., wrote a poem on the statue’s leg comparing the sound to “ringing bronze.” Others described it as sounding like a broken harp or lyre string.

Many of the visitors to the site suspected some kind of supernatural significance to the sound, especially since it always happened at the same time of day—as dawn broke—but wasn’t otherwise consistent. People put a lot of stock in whether the statue sang on the day they visited.

But the best guess for how this “singing” occurred comes from what we know about when the Colossus stopped singing.

In either 196 or 199, the Roman emperor Septimus Severus visited the site and heard nothing. In an attempt to curry favor with whatever power controlled the singing statue, he supposedly paid for a repair job on it. We know that the sound stopped for good around this time. The best theory: cracks in the stone had previously collected dew, creating sonic vibrations as morning temperatures rose and warmed the liquid. Ironically, when Severus had those cracks repaired, he shut the singing up for good.

We’ll never know for certain whether the Colossus really sang, how it managed to carry a tune, or why it stopped. You can find out more about mysterious sounds that science has yet to solve here.

When you think of the roar of a T. rex, what sound comes to mind? A tiny puppy squeal? No? Well, you may be surprised to learn that the sound designers of Jurassic Park mixed that very noise into a slew of other animal yips and yaps to create the iconic dinosaur’s bellow. On this week’s episode of Weirdest Thing, we get into the use of real-world animal sounds for creating everything from the purr of an engine to the sci-fi whoosh of a TIE fighter. Stick around for one particularly surprising fact about Netflix’s signature sound (spoiler alert: it involves a goat).