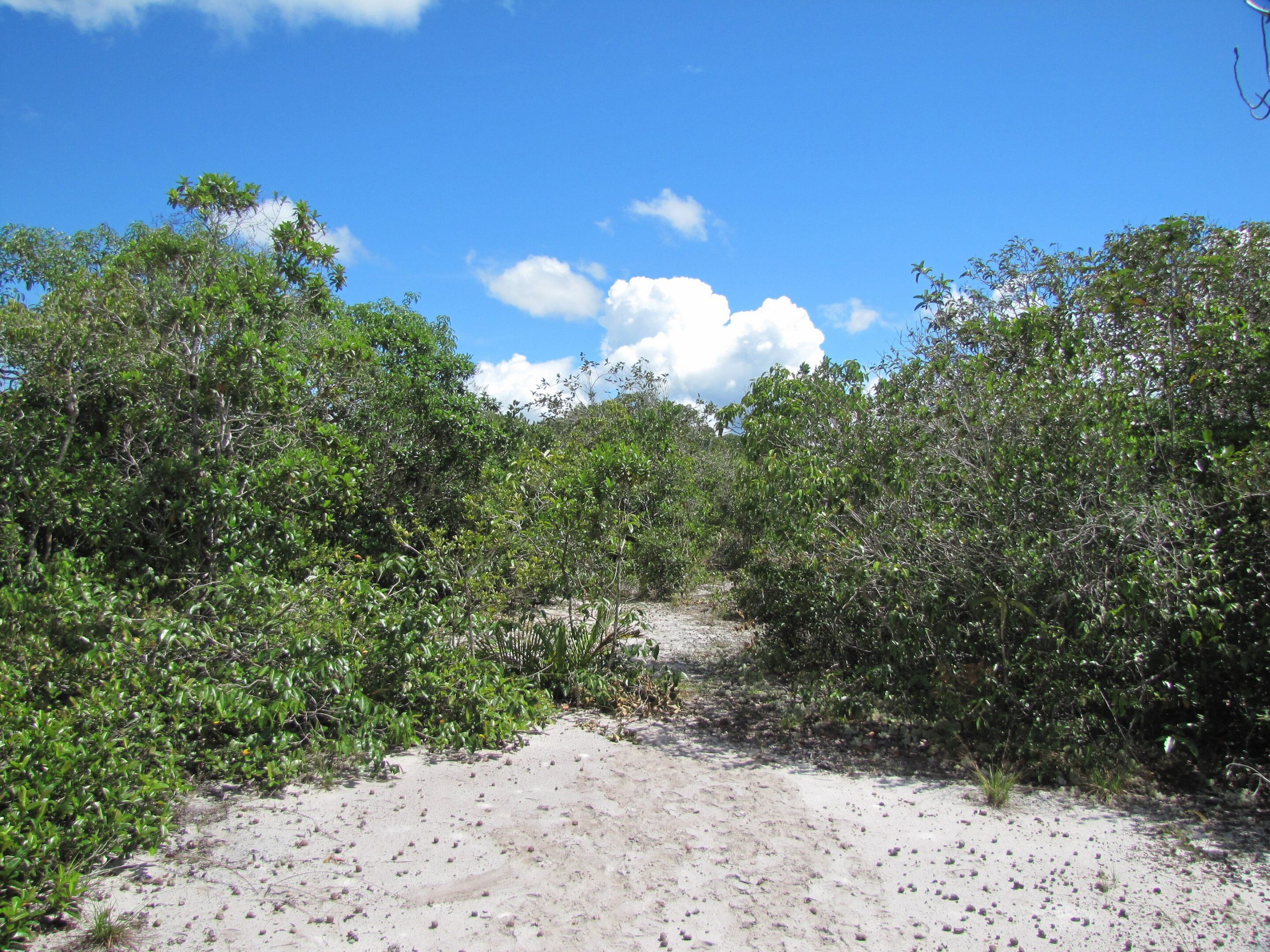 Picture the Amazon. You’re thinking lush rainforests teeming with animals, right? It turns out, the Amazon Basin contains other less-famous ecosystems that have been under-studied by biologists for years, including patches of habitat growing on white sands. Scientists are starting to turn their attention to these “sand forests” and the animals that live there. In a new study, researchers examined birds from the region and found that unlike birds in the dense rainforest, the white sand birds travel from one habitat patch to another and interbreed. It’s a characteristic that could change the way conservationists protect the sand forest birds.

“We’re always interested in knowing where species are and why they’re there, what kind of habitat they need,” says João Capurucho, a postdoctoral researcher at Chicago’s Field Museum and the lead author of the study in Proceedings of the Royal Society B. “The white sand ecosystems are so strikingly different from the rest of the Amazon, and we know so little about them.”

“We wanted to know if the behavioral and evolutionary patterns for white sand birds were the same as for birds that live in dense rainforest, and we found that they were different in surprising ways,” says John Bates, a curator at the Field Museum and the study’s senior author.

The white sand ecosystems are found throughout the Amazon Basin, in patches around the size of Manhattan. Scientists aren’t certain how the sand forests formed—the ecosystems cover so much land scattered throughout the Amazon that it’s hard to imagine that they arose from a single ancient beach system. And for a long time, scientists didn’t pay them much attention. “The thinking was, you don’t go to the Amazon to see short, sandy forests, you go to see dense, tall trees, so you’re not going to stop in these areas,” says Bates.

Since the patches of white sand are separated from each other, the plants and animals living there are also isolated. “The patches of white sand in the middle of the rainforest are like islands, and with islands, you usually start seeing genetically distinct populations,” says Bates. It’s why Australia has such strange animals compared to the rest of the world—when a population is cut off from the rest, the organisms will interbreed with each other and evolve along their own lines. Previous studies have shown that the plants and insects vary genetically from one white sand patch to another, indicating that they’re in separate gene pools and frequently are different species. Capurucho and his colleagues wanted to see if the same was true for birds.

“We’ve also been investigating the genetic diversity of these birds and comparing them to birds in other Amazonian ecosystems. These birds were basically isolated in different patches, so dispersal might be a very important thing for them to move around the landscape,” says Capurucho.

The researchers compared the DNA of birds in different white sand ecosystem patches, and they found that the birds’ DNA was very similar. That was surprising. In the dense terra firme Amazon rainforest, many birds become genetically distinct from each other and start branching off into different species if they’re separated from each other by a barrier like a river that’s too wide to cross. But the DNA data shows that white sand birds buck this evolutionary trend— they fly between patches of white sand, sometimes hundreds of miles apart, and interbreed with the birds there.

“The genetic data indisputably argues that they’re actually dispersing and maintaining connectivity across these landscapes,” says Bates. “And that sometimes includes crossing big rivers, which is one of the things we were really interested in.”

Other elements of the study held true to biological norms: for instance, birds with long, thin wings generally flew greater distances and achieved bigger ranges than birds with short, rounded wings, whether they were from the white sand or surrounding forest. Also, white sand birds had on average smaller geographical ranges than their forest counterparts. But the fact that the white sand birds traveled between habitat areas to breed shows that they’re playing by different evolutionary rules. And now that scientists know more about white sand birds’ ranges and genetic patterns, that could help conservationists figure out how to set aside and protect land in ways that will benefit the animals living there. It’s an especially urgent matter, given the threat of climate change altering Amazonian ecosystems.

“As the climate changes, these habitats will change in their distribution too. So we need to understand how birds are distributed across these habitats,” says Capurucho. “We need to know whether they have a big range or if they’re restricted to a small area, and what traits lead to these differences. If we understand that, we can manage threats to these birds and their habitats.”

“People haven’t prioritized protecting white sand ecosystems, but this study highlights how much we still have to learn about them,” says Bates. “These are really special habitats, and we can’t protect them unless we know how they work.”