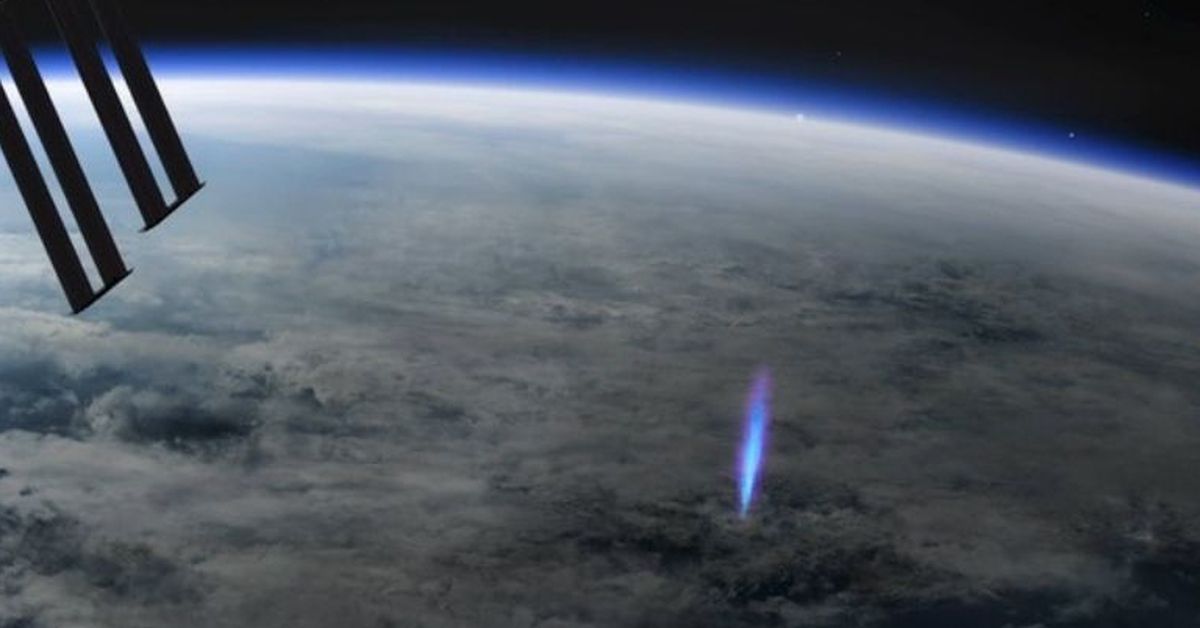 The paper describes not just the blue jet itself, but also a few of its friends—four smaller flashes at the top of the clouds that did not project out into the second layer of the atmosphere, known as the stratosphere. Instead, these flashes stayed in the clouds of the first layer, the troposphere. While we don’t know much about blue jets and other varieties of space lightning, the authors of the paper propose that blue jets appear as a result of an “electric breakdown” between the positively charged and negatively charged sections of storm cloud cover. When the opposing charges switch places, static electricity is released and gives birth to the flash of blue seen above the clouds. It’s somewhat akin to when we touch an object and feel the occasional static shock—electrostatic energy builds up, and when it sees a place to go, it makes the jump.

Inspired by sea cucumbers, engineers have designed miniature robots that rapidly and reversibly shift between liquid and solid states. On top of being able to...
Read Time: 7 minutes Rheumatoid arthritis is a disease where immune cells attack healthy cells, resulting in swelling, pain, and stiffness,...
Editors’ Highlights are summaries of recent papers by AGU’s journal editors. Source: Journal of Geophysical Research: Planets  Caves rank among the most impressive geological wonders...
When you think of an amphibian, the first thing to jump to mind is probably a springy frog or a salamander or maybe a giant...
Putting a modern spin on old tech, scientists create a mechanical computer from metamaterials for situations where electronic computers break down. The concept of a...
Most requested languages across every sector. Credit: Current language roles needed in the job market, (2023). British students wanting to get ahead in the world...