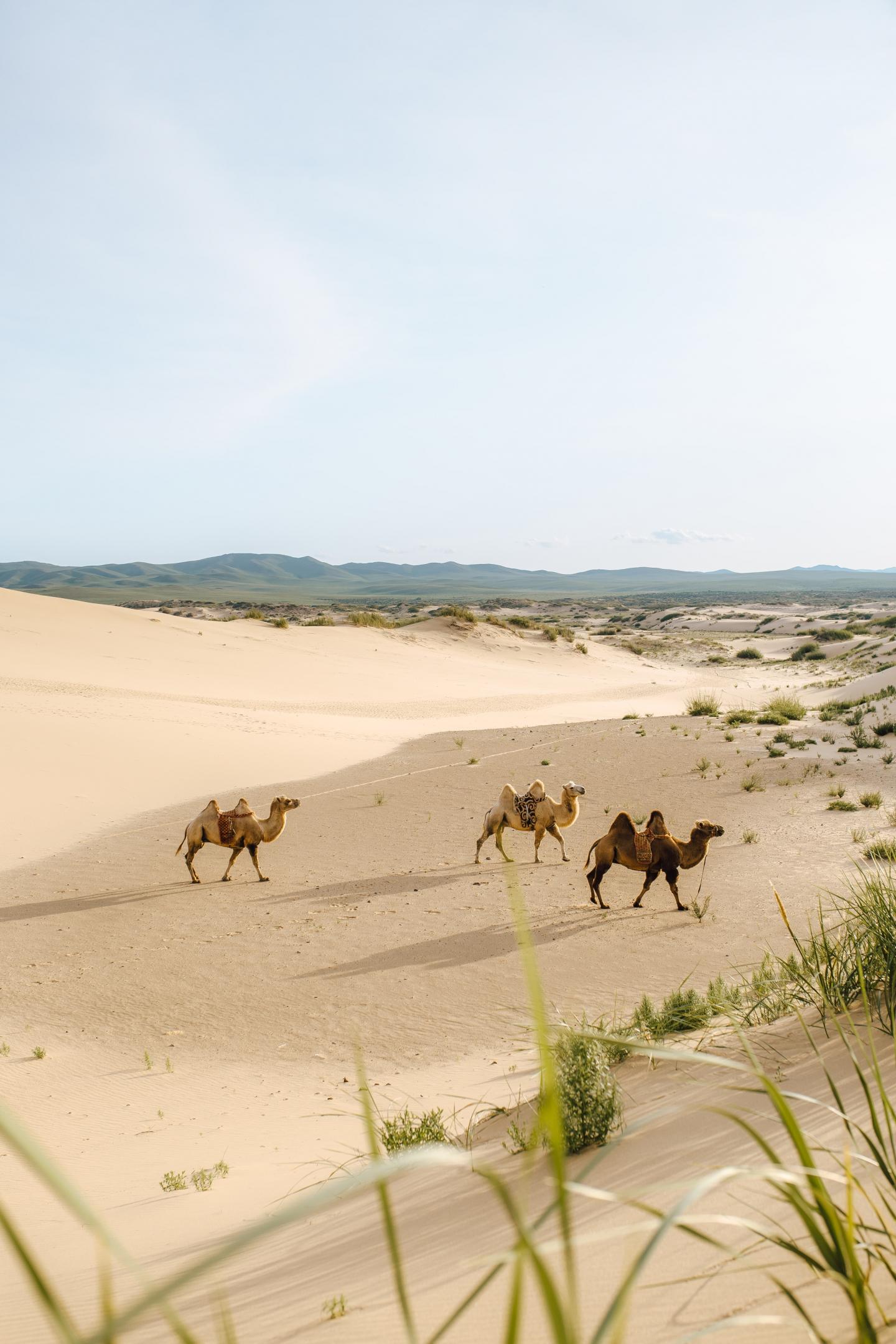 Mongolia’s semi-arid plateau may soon become as barren as parts of the American Southwest due to a “vicious cycle” of heatwaves — that exacerbates soil drying, and ultimately produces more heatwaves — according to an international group of climate scientists.

Writing in the journal Science, the researchers warn that heatwaves and concurrent droughts have increased significantly during the past two decades, with troubling implications for the future. Using tree-ring data, which offer a glimpse of regional climates from before modern weather logs, the researchers developed heatwave and soil moisture records that suggest recent consecutive years of record high temperatures and droughts are unprecedented in more than 250 years.

According to the study’s findings, the record high temperatures in the region are accelerated by soil drying, and together these changes are magnifying the decline of soil water. “The result,” coauthor Deliang Chen at Sweden’s University of Gothenburg said, “is more heatwaves, which means more soil water losses, which means more heatwaves — and where this might end, we cannot say.”

When soil is wet, evaporation cools air at the surface. However, when soil no longer has any moisture, heat transfers directly to the air. In their paper, Abrupt shift to hotter and drier climate over inner East Asia beyond the tipping point, the authors state that in the past 260 years, only recent decades “show significant anticorrelation between heatwave frequency and soil moisture, alongside a radical decline in soil moisture fluctuation.” The scientists note that a series of recent heatwaves in Europe and North America reveal the connection with near-surface air and soil moisture and suggest that “the semi-arid climate of this region has entered a new regime in which soil moisture no longer mitigates anomalously high air temperature.”

Already, lakes in the Mongolian Plateau have experienced rapid reductions. As of 2014, researchers from China had documented a 26 percent decrease in the number of lakes greater than one square kilometer in size, with even larger average reductions in size for the region’s largest lakes.

“Now we are seeing that it isn’t just large bodies of water that are disappearing,” said corresponding author Jee-Hoon Jeong of Chonnam National University in South Korea. “The water in the soil is vanishing, too.”

“This may be devastating for the region’s ecosystem which is critical for the large herbivores, like wild sheep, antelope and camels,” Peng Zhang, the study’s lead author and a researcher at the University of Gothenburg. “These amazing animals already live on the edge, and these impacts of climate change may push them over.”

Coauthor Jin-Ho Yoon, of the Gwangju Institute of Science and Technology in South Korea, noted that the hundreds of years of tree-ring data make it clear that the confluence of increased summer heatwaves and severe droughts are unique in the context of the past 260 years. Coauthor Hans Linderholm, from the University of Gothenburg, said the trees used in the analysis appear to “feel” the heatwaves throughout their lifetimes.

“The conifer trees respond strongly to anomalously high temperatures,” Linderholm said. “By examining their growth rings, we can see their response to the recent heatwaves, and we can see that they do not appear to have experienced anything like this in their very long lives.”

Tree rings examined in the study were mainly collected from the Mongolian Plateau, which suggests that the increasing heat is affecting plants even at high elevations.

Daniel Griffin, of the University of Minnesota’s Department of Geography, Environment and Society, who is not involved in this study but has reviewed the paper, said that long-term perspective from these tree-ring records illustrates a nuanced picture of the changing climate that is now afflicting large swaths of the inner East Asia region.

“It is one thing to recognize that the “normal” climate conditions are changing. However, what concerns me the most is thinking about the extreme events of the future: how severe might those become?” asked Griffin. “And if the “new normal” is extremely hot and dry by historical standards, then future extremes may well be unlike anything previously witnessed.”

While warmer and drier trends are observed over Europe and Asia, Mongolia and its surrounding countries are particularly interesting to climate scientists because this Inner East Asia region has a very direct link to global atmospheric circulations.

“Summer atmospheric waves tend to create a high-pressure ridge pattern around Mongolia that can persist for weeks, triggering heatwaves,” explained coauthor Simon Wang of Utah State University in the United States. “The warming climate is amplifying these atmospheric waves, increasing the chance of prolonged or intensified high-pressure to occur over Mongolia and this can also have ramifications across the Northern hemisphere.”

“Such large-scale atmospheric force is further amplified by local interactions with the land surface,” coauthor Hyungjun Kim, from the University of Tokyo in Japan, pointed out. “An even worse problem may have already occurred in which an irreversible feedback loop is triggered and is accelerating the region toward a hotter and drier future.”

Indeed, the researchers have observed that recent heatwaves have come with even drier and hotter air, under the strengthened high-pressure ridge, than the heatwaves of the past.

The research team found that the warming and drying concurrence seems to approach a “tipping point” and is potentially irreversible, which may push Mongolia into a permanent state of aridness.

This research appears in the November 27, 2020, issue of Science, published by AAAS, the world’s largest general scientific organization. See http://www.sciencemag.org, and also http://www.aaas.org.