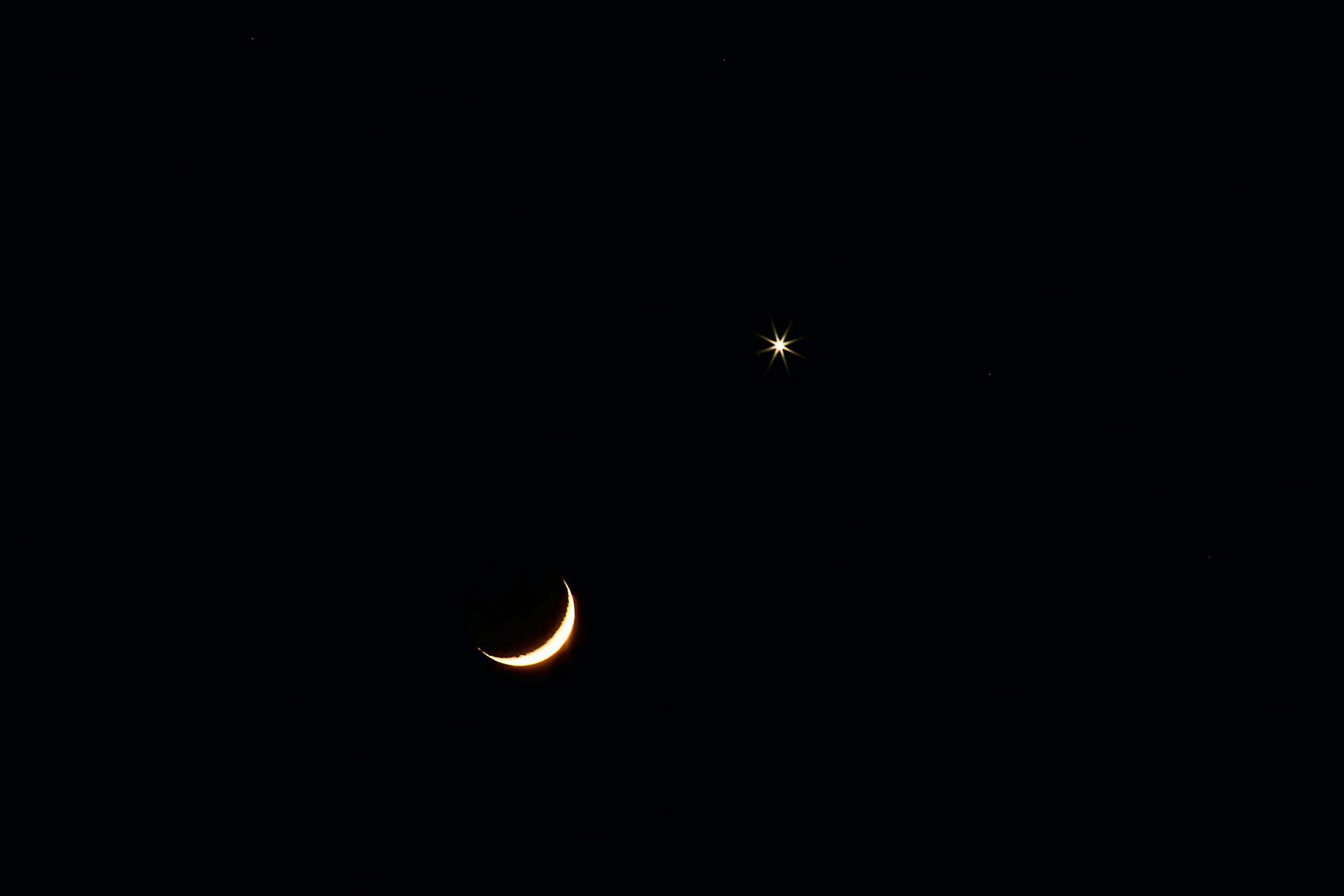 Scientists who study the possibility of life beyond Earth look for chemical compounds that might have a biological origin. Space agencies have done this by sending rovers, by listening to radio transmissions with radio telescopes, or by spectroscopes that detect light.

Telescopes can be used to track the biosignatures in the atmospheres of planets. In 2017, a group of scientists from institutions in the USA, the United Kingdom, and Japan observed the atmosphere of Venus with the James Clerk Maxwell Telescope (JCMT) in Hawaii. They were looking for a molecule called phosphine (PH3), which other scientists thought might make a good biosignature. A biosignature is a molecule or other product that is produced only by life, and would be a clue that life is present now, or was present at one point in time. Phosphine is present in Earth’s atmosphere, and can be produced by bacteria, animal bodies, or human industry.

Oxygen and phosphine are known to react with one another, making phosphorus acid. The Earth’s atmosphere is oxygen-rich. The authors say that if phosphine came from a chemical source, rather than from life, it would have disappeared over time by reacting with oxygen to make phosphorus acid (H3PO3,). But life, because it’s there all the time, would provide a continuous source of phosphine, and would be detectable even with oxygen around.

Phosphine has also been detected in trace amounts in gas giants like the planets Jupiter, and Saturn. But because those planets are hot and have high air pressure, phosphine would have to be produced beneath the surface before rising into the atmosphere. None of this requires life. What about rocky planets like Mars or Venus? The rocky surfaces might have prevented phosphine from rising to the atmosphere, like a barrier.

Scientists were surprised by the claim that phosphine was found on Venus by the JCM telescope in 2017. They decided to observe Venus again 2 years later, with another powerful telescope — the Atacama Large Millimeter Array (ALMA) Observatory in Chile. Venus is covered by extremely acidic clouds. Its atmosphere contains large amounts of oxygen. So, like on Earth, if phosphine were to be produced, it would quickly turn into phosphorous acid.

However, it seems the ALMA telescope observations appeared to have found phosphine at ~ 53 – 61 km (32 – 37 miles) above Venus’ surface, in the middle/upper layer of the atmosphere. The clouds there are around  30°C (about 86°F). Since phosphine requires warmer temperatures to form, the authors suggest it might have been produced at lower, warmer altitudes and then moved upward.

The scientists also found that the amount of phosphine had not changed in 2 years. This made them wonder if there is continuous production of phosphine rather than a single event, after which its levels would have gone down due to reacting with oxygen.

The research team tested this hypothesis by taking more measurements. They asked three questions – How much phosphine was detected, what is the lifetime of this molecule, and which mechanisms can produce phosphine?

First, the researchers calculated the amount of phosphine by measuring the amount of light (at the wavelength produced by phosphine) coming from Venus using the JCM telescope. That amount of light corresponds to about 20 parts per billion or ppb. This means that for every billion molecules in the air, 20 of them are phosphine. This number might sound very low, but researchers were not even expecting a few parts per billion due to the oxidizing atmosphere of Venus.

To determine how much phosphine is being produced, the researchers calculated the lifetime of the molecule. The molecule’s lifetime is how long it lasts in the air before turning into something else. The lifetime of a phosphine molecule is less than 103 seconds, which is a low lifetime. Knowing this, the scientists were able to calculate how quickly phosphine was being produced. The result is that phosphine should be produced with the rate of 1 – 10 million molecules per square centimeter every second.

So, how could phosphine be produced at that rate, continuously? The team reviewed many known mechanisms that may create phosphine, with the knowledge obtained from the Vega Mission from 1985, which studied phosphorus in Venus’ atmosphere. The research team claims to be unable to explain the presence of phosphine in Venus’ atmosphere by any known chemical production mechanisms. They claim there is no way to produce it from lighting, nor could it have come from a volcano or a meteorite crashing into Venus from space.

They do admit that it could be created by unknown chemical reactions involving the sunlight or chemical processes within the layers of earth and other planets. But they prefer to say that it might have a biological origin, which would indicate life in Venus’ atmosphere. This is a strong claim.

To support this strong claim, the researchers used computer models to simulate 75 different chemical reactions and thousands of different environmental conditions. None of these even came close to the lower phosphine limit of 10 ppb. The team then simulated the kinds of chemical reactions that would put phosphine into the atmosphere. However, the amount of oxygen on Venus’ crust and mantle was too high to allow phosphine to stay stable and not convert into phosphorous acid.

The team also considered that lightning on Venus could produce a small amount of PH3, but lightning does not occur frequently enough to produce PH3 continuously. Apart from all this, Venus has volcanoes that can produce phosphine. But to approach the amount detected by the telescope (20 ppb), Venus would have to be 200 times more volcanically active than Earth, and there is no evidence for that.

Venus also has a high amount of sulfur dioxide (SO2) in it’s atmosphere. That’s why the team also considered the possibility of contamination with SO2. The phosphine detection could also be SO2 gas in the Venus’ atmosphere, because both SO2 and PH3 absorb at the same place on the light spectrum. The MIT team re-analyzed their measurements and found no evidence of this.

Research will continue, and the most accurate and definitive result can only be reached by sending a spacecraft. We have tried sending spacecraft there before. As these results are potentially extraordinary, they are still being discussed and re-analyzed by other scientists. The conversation continues!

1341000cookie-checkIs there life on Venus? An international team of researchers claim that a molecule called phosphine is a potential marker for life, and also happens to be in the atmosphere of Venus, according to their measurements. Other scientists are re-analyzing the results.yes