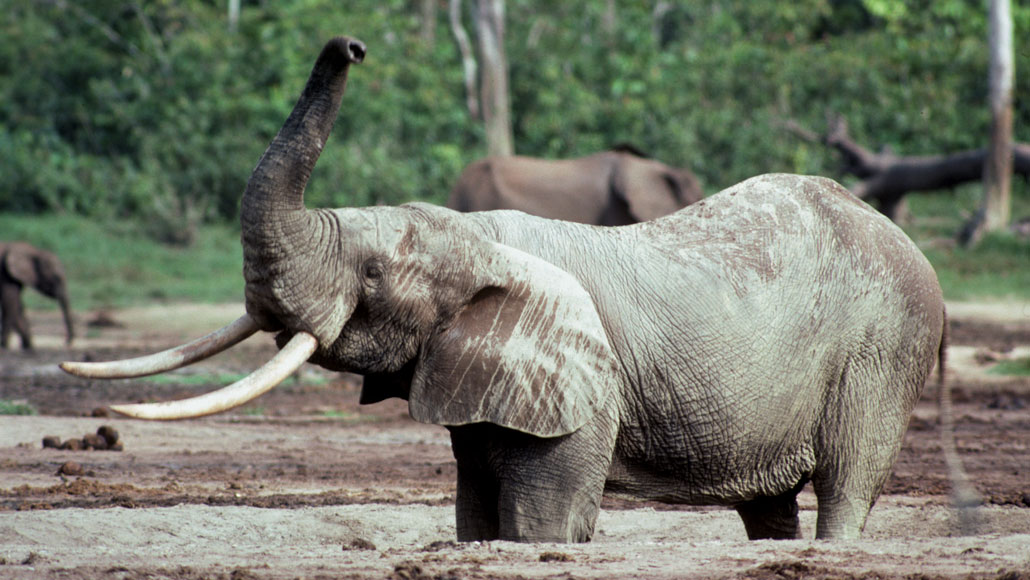 In 2008, miners off the coast of Namibia stumbled upon buried treasure: a sunken Portuguese ship known as the Bom Jesus, which went missing on its way to India in 1533. The trading ship bore a trove of gold and silver coins and other valuable materials. But to a team of archaeologists and biologists, the Bom Jesus’ most precious cargo was a haul of more than 100 elephant tusks — the largest archaeological cargo of African ivory ever discovered.

Genetic and chemical analyses have now traced those tusks back to several distinct herds of forest elephants that once roamed West Africa. “It is by far the most detailed and comprehensive attempt to source [archaeological] elephant ivory,” says Paul Lane, an archaeologist at the University of Cambridge not involved in the work.

The new results, reported in the Feb. 8 Current Biology, give insight into historical African elephant populations and ivory trade networks.

For having been lost at sea for nearly 500 years, the Bom Jesus’ ivory is incredibly well-preserved, says Alida de Flamingh, a molecular biologist at the University of Illinois at Urbana-Champaign. “When the ship sank, the copper and lead ingots [stored above the tusks] kind of pushed the ivory down into the seabed,” protecting the tusks from scattering and erosion. A frigid ocean current also runs through this region of the Atlantic. “That really cold current probably helped preserve the DNA that was in the tusks,” de Flamingh says.

She and her colleagues extracted DNA from 44 tusks. The genetic material revealed that all of that ivory came from African forest elephants (Loxodonta cyclotis) rather than their African savanna kin (L. africana). By comparing the ivory DNA with that of past and present African elephant populations with known origins, the team determined that the shipwrecked tusks belonged to elephants from at least 17 genetically distinct herds across West Africa — only four of which still exist. The other elephant lineages may have died out as a result of hunting or habitat destruction (SN: 11/7/16).

Better understanding the habitats historically preferred by African forest elephants could inform efforts to conserve this vulnerable species (SN: 9/9/16). More than 60 percent of these elephants have been poached within the last decade, and the ones that remain inhabit only about a quarter of their historical range, according to the African Wildlife Foundation.

The origins of the Bom Jesus’ ivory also paint a clearer picture of the 16th century ivory trade on the African continent, Lane says. The fact that the tusks originated from many different herds hints that multiple communities in West Africa were involved in supplying the ivory. But it’s unclear whether Portuguese traders gathered this diverse ivory from several locally sourced ports along the coast, or from a single port that was linked to extensive trading networks within the continent, Lane says. Future analyses of ivory uncovered at historical port sites could help solve the mystery.