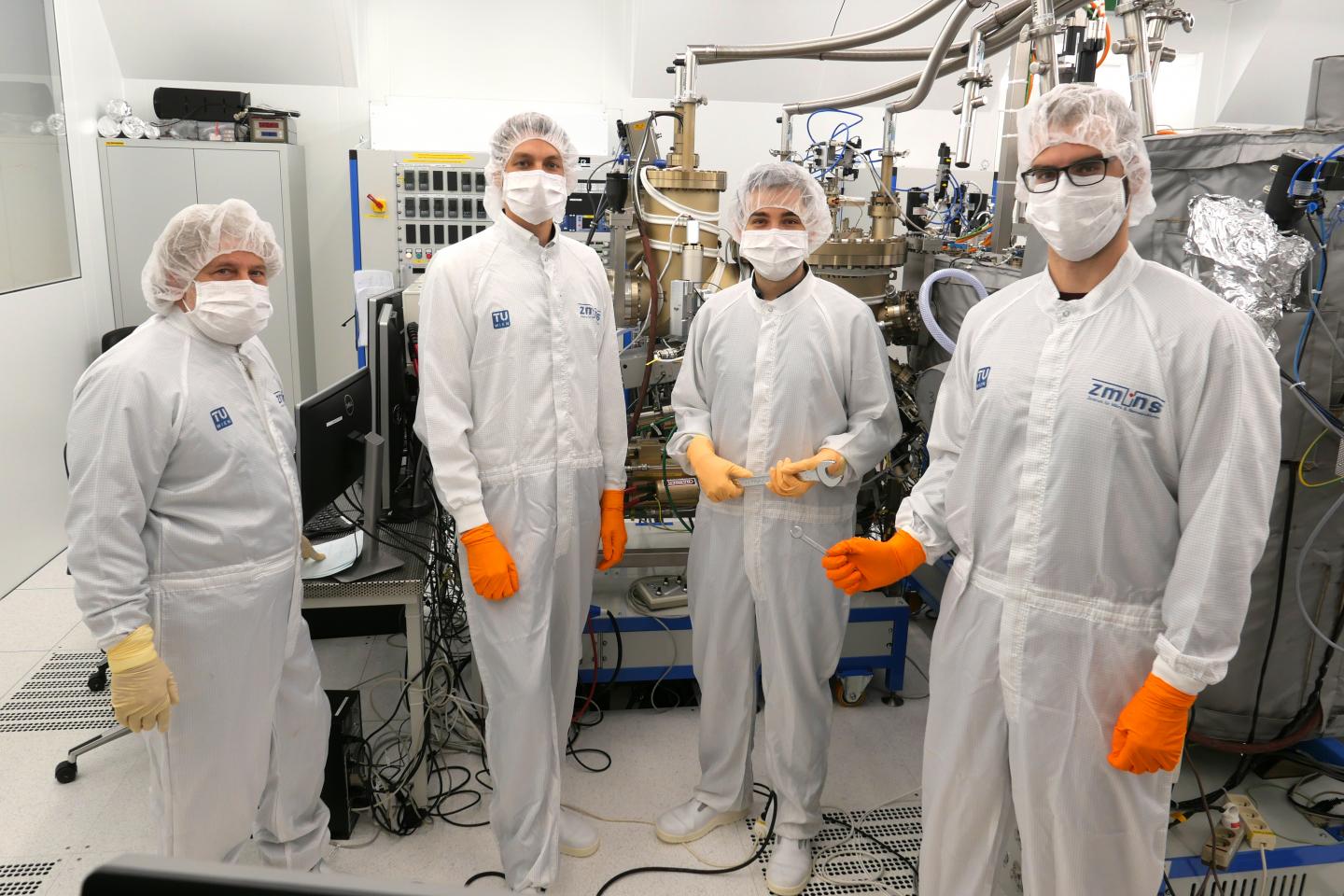 Ordinary solid-state lasers, as used in laser pointers, generate light in the visible range. For many applications, however, such as the detection of molecules, radiation in the mid-infrared range is needed. Such infrared lasers are much more difficult to manufacture, especially if the laser radiation is required in the form of extremely short, intense pulses.

For a long time, scientists have been looking for simple methods to produce such infrared laser pulses – at the TU Wien this has now been achieved, in cooperation with Harvard University. The new technology does not require large experimental setups; it can be easily miniaturized and is therefore particularly interesting for practical applications. The new results have now been presented in the journal “Nature Communications“.

“We generate laser light in the mid-infrared range with tailor-made quantum cascade lasers manufactured in the ultra-modern Nano-Center of TU Wien”, says Johannes Hillbrand from the Institute of Solid State Electronics at the TU Vienna, first author of the study. While in ordinary solid-state lasers the type of light emitted depends on the atoms in the material, in quantum cascade lasers tiny structures in the nanometer range are crucial. By designing these structures appropriately, the wavelength of the light can be precisely adjusted.

“Our quantum cascade lasers do not just deliver a single color of light, but a whole range of different frequencies,” says Ass.Prof. Benedikt Schwarz, who led the research work in his ERC grant funded project. “These frequencies are arranged very regularly, always with the same distance in between, like the teeth of a comb. Therefore, such a spectrum is called a frequency comb”.

However, it is not only the frequencies emitted by such a quantum cascade laser that are decisive, but also the phase with which the respective light waves oscillate. “You can compare this to two pendulums connected by a rubber band,” explains Johannes Hillbrand. “They can either swing back and forth, exactly in parallel, or opposite to each other, so that they either swing towards each other or away from each other. And these two vibration modes have slightly different frequencies.”

It is quite similar with laser light, which is composed of different wavelengths: The individual light waves of the frequency comb can oscillate exactly in sync – then they superimpose each other in an optimal way and can generate short, intense laser pulses. Or there can be shift between their oscillations, in which case no pulses are created, but laser light with an almost continuous intensity.

“In quantum cascade lasers, it has previously been difficult to switch back and forth between these two variants,” says Johannes Hillbrand. “However, we have built a tiny modulator into our quantum cascade laser, which the light waves pass by again and again.” An alternating electrical voltage is applied to this modulator. Depending on the frequency and strength of the voltage, different light oscillations can be excited in the laser.

“If you drive this modulator at exactly the right frequency, you can achieve that the different frequencies of our frequency comb all oscillate at exactly in sync,” says Benedikt Schwarz. “This makes it possible to combine these frequencies into short, intense laser pulses – more than 12 billion times per second”.

This level of control over short infrared laser pulses was previously not possible with semiconductor lasers. Similar types of light could at best only be generated using very expensive and lossy methods. “Our technology has the decisive advantage that it can be miniaturized,” emphasizes Benedikt Schwarz. “One could use it to build compact measuring instruments that use these special laser beams to search for very specific molecules in a gas sample, for example. Thanks to the high light intensity of the laser pulses, measurements that require two photons at the same time are also possible.