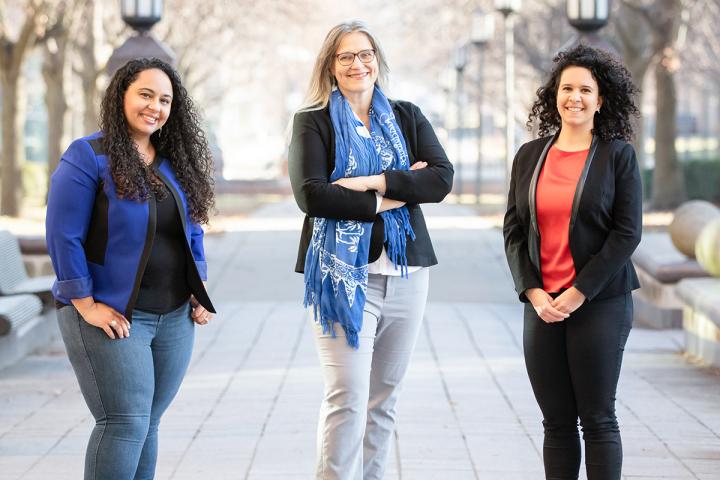 CHAMPAIGN, Ill. — Click beetles can propel themselves more than 20 body lengths into the air, and they do so without using their legs. While the jump’s motion has been studied in depth, the physical mechanisms that enable the beetles’ signature clicking maneuver have not. A new study examines the forces behind this super-fast energy release and provides guidelines for studying extreme motion, energy storage and energy release in other small animals like trap-jaw ants and mantis shrimps.

Many insects use various mechanisms to overcome the limitations of their muscles. However, unlike other insects, click beetles use a unique hingelike tool in their thorax, just behind the head, to jump.

To determine how the hinge works, the team used high-speed X-rays to observe and quantify how a click beetle’s body parts move before, during and after the ultrafast energy release.

“The hinge mechanism has a peg on one side that stays latched onto a lip on the other side of the hinge,” Alleyne said. “When the latch is released, there is an audible clicking sound and a quick unbending motion that causes the beetle’s jump.”

Seeing this ultrafast motion using a visible-light camera helps the researchers understand what occurs outside the beetle. Still, it doesn’t reveal how internal anatomy controls the flow of energy between the muscle, other soft structures and the rigid exoskeleton.

Using the X-ray video recordings and an analytical tool called system identification, the team identified and modeled the clicking motion forces and phases.

The researchers observed large, yet relatively slow deformations in the soft tissue part of the beetles’ hinge in the lead-up to the fast unbending movement.

“When the peg in the hinge slips over the lip, the deformation in the soft tissue is released extremely quickly, and the peg oscillates back and forth in the cavity below the lip before coming to a stop,” Wissa said. “The fast deformation release and repeated, yet decreasing, oscillations showcase two basic engineering principles called elastic recoil and damping.”

The acceleration of this motion is more the 300 times that of the Earth’s gravitational acceleration. That is a lot of energy coming from such a small organism, the researchers said.

“Surprisingly, the beetle can repeat this clicking maneuver without sustaining any significant physical damage,” Dunn said. “That pushed us to focus on figuring out what the beetles use for energy storage, release and dissipation.”

“We discovered that the insect uses a phenomenon called snap-buckling – a basic principle of mechanical engineering – to release elastic energy extremely quickly,” Bolmin said. “It is the same principle that you find in jumping popper toys.”

“We were surprised to find that the beetles use these basic engineering principles. If an engineer wanted to build a device that jumps like a click beetle, they would likely design it the same way nature did,” Wissa said. “This work turned out to be a great example of how engineering can learn from nature and how nature demonstrates physics and engineering principles.”

“These results are fascinating from an engineering perspective, and for biologists, this work gives us a new perspective on how and why click beetles evolved this way,” Alleyne said. “This kind of insight may have never come to light, if not for this interdisciplinary collaboration between engineering and biology. It opens a new door for both fields.”

John Socha of Virginia Tech and Kamel Fezzaa of the Advanced Photon Source at Argonne National Laboratory helped collect the high-speed X-ray videos that enabled the discoveries in this paper.

The U.S. Department of Energy supported the study.