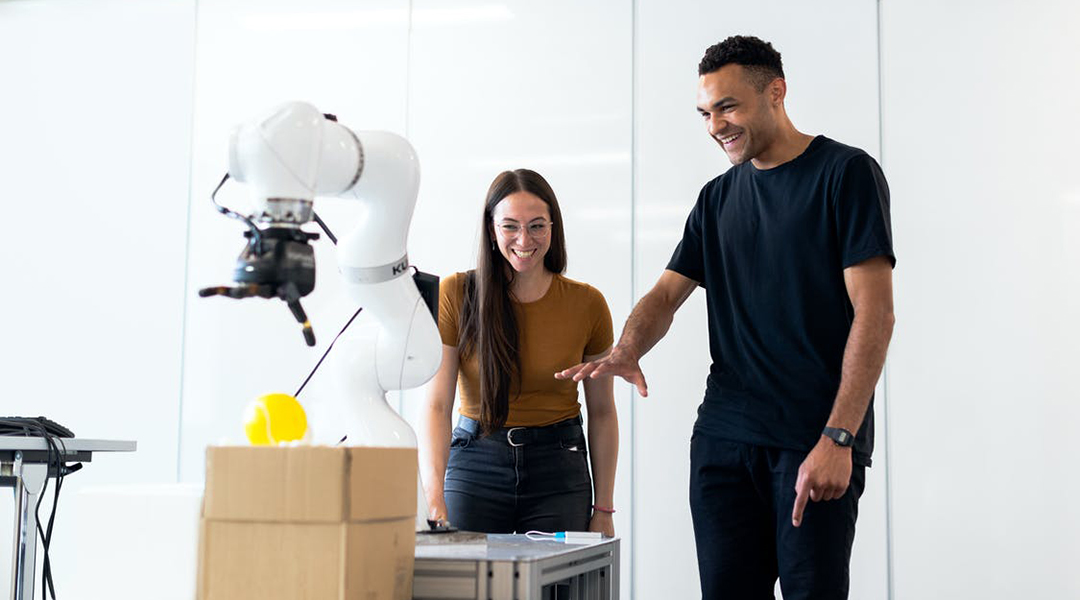 Building inclusive education systems will be key to ensuring no one is left behind and that advances in AI and robotics benefit everyone in society.

With a large push by companies, governments, schools, and universities to train the next generation of tech-savvy artificial intelligence experts, how do we ensure everyone has the skills, understanding, and confidence they need for their jobs and everyday life?

Researchers at the University of Bristol propose that education is one tool that can be used, and to understand exactly how, they conducted 21 interviews with thought-leaders, businesses, adult educators and, most importantly, members of the public.

Artificial intelligence (AI) and robotics is already impacting many aspects of modern life. At work, robots organize warehouses; at home, smart devices and robotic vacuum cleaners help with everyday tasks; algorithms are even being used to make financial decisions and predict students’ grades.

Awareness of these technologies and how they work will become more and more important as their influence grows. Even now, the number of jobs requiring AI and robotics skills has increased rapidly, outpacing the number of people who can fill these roles.

To “skill the gap”, efforts by governments and companies across the world have focused on making sure there are enough highly skilled technical workers to fill these jobs. These efforts come in many forms including updated curriculums at schools and universities, grants and scholarships for advanced degrees, and initiatives to return to university and in-work retraining. These efforts are necessary but may miss a large part of the population as not everyone is able to return to university, work for a company that can provide retraining, or benefit from online learning.

The 21 interviews we conducted therefore focused specifically on how to design education to avoid leaving such people behind. These findings are not meant to be generalizable but provide insight from in-depth conversations which should be considered when designing these educational efforts.

Retraining could be company dependent

One point raised during our conversations was around education for those working alongside or with AI and robotics (rather than building the systems). Many people will be working with robotics in factories or warehouses for example, or with software in call centres, finance, and office roles. Understanding the strengths and limitations of these technologies, as well as how to troubleshoot any issues that may arise, would allow these workers to feel more comfortable working alongside them. Education in AI and robotics is often focused on technologists and senior business leaders, however, this leaves a large portion of the workforce without many options for learning  despite their roles being the most likely to change.

The interviews also showed there are preconceptions from different groups of people that could impact the success of educational efforts. Industry, for example, has varying attitudes towards both automation and retraining. One company saw increased use of AI and robotics as a way to create more meaningful jobs for employees, while another saw the potential job losses as these technologies become more common in their warehouses.

Perhaps these attitudes were influenced by the companies views on retraining — the first company actively provides training in multiple roles, while the second admitted training was driven by business needs. These general attitudes could determine whether companies work with employees to prevent job losses and reskill existing employees as AI and robotics become more common in the workplace.

As this type of education could be critical for leaving no one behind, further research with companies into technology use in the workplace and retraining is an important next step. Our aim is now to speak with companies to further understand both the business and employee needs from education for those working with artificial intelligence and robotics.

One unforeseen finding in this area was potential gatekeeping from technical experts. These experts mentioned their concerns about members of the public being able to understand the math and coding for education in AI and robots. This viewpoint creates a potential barrier to those who are not confident with maths or technology from ever learning about AI or robotics. During a session, one member of the public even stated that AI training is not for people like them, only for scientists.

Members of the public all had varying views on AI and robotics based on their jobs and lives, but when speaking to them about general AI training, the vast majority initially said they would not be interested. However, when asked about specific training such as learning how AI works and how it could be used in their job, they began to show interest in different types of training. This attitude change can be seen as gatekeeping in action and is something that needs to be overcome.

Understanding how the public’s views are formed and how they will impact attitudes toward education are important for this the success of this initiative. An important step would be researching where these views are formed, for example, does the news, social media, or the entertainment they consume, such as TV shows and movies, impact their view? Other factors such as location, what job they hold, or which subjects they studied in school could also play a role.

A collaborative effort with learners is needed

While gathering this information, an important item was raised that underscores the need for any education to be co-designed with potential learners to ensure their needs are met. Co-design is an important step to making this type of education accessible and attractive to anyone. Those potentially left behind are often disengaged with education and work needs to be done to both reach and excite them. Working with community interest points, such as libraries and community centres, and charities could help reach those most impacted. Success engaging communities with technology through libraries can already be seen in coding clubs for children and families, as well as technology drop ins for the elderly.

The interviews showed there is potential support and interest in such education being designed. Getting it right will be key to ensuring no one is left behind and that advances in AI and robotics benefit everyone in society.