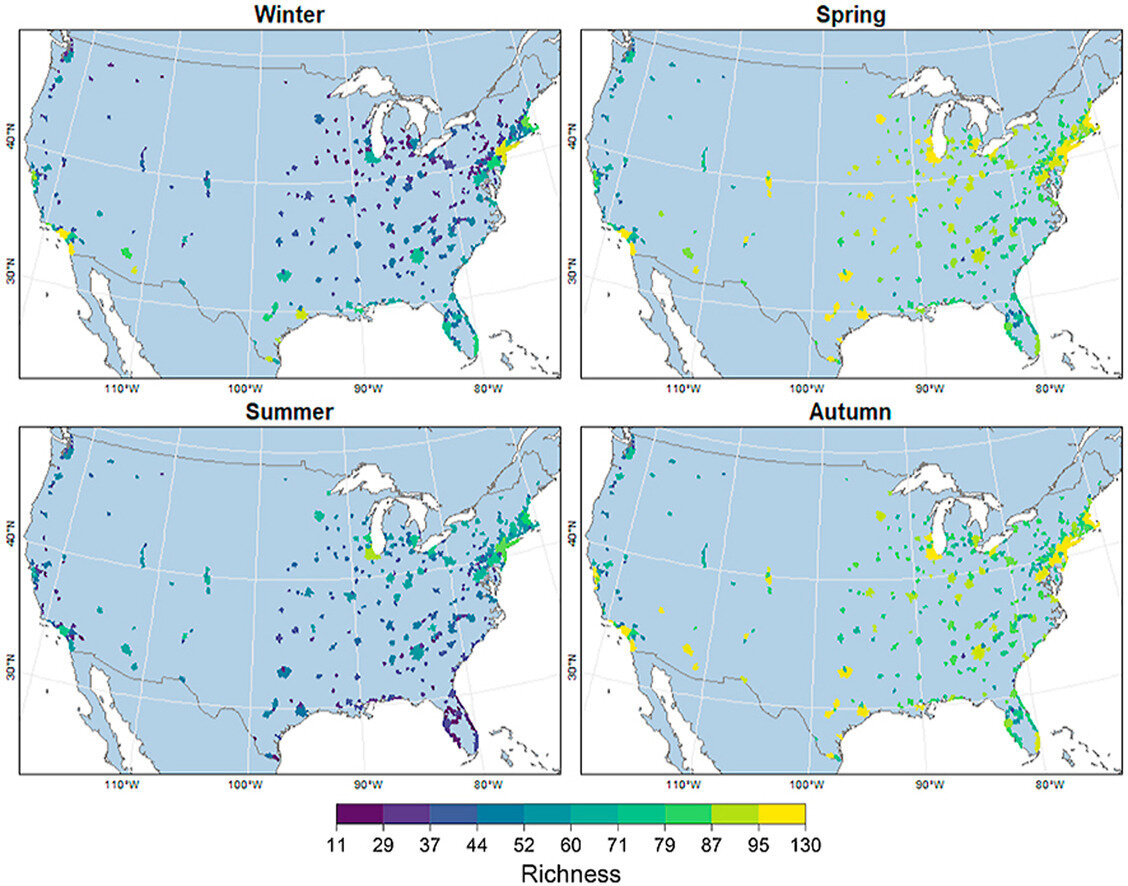 As migratory birds travel back and forth between their breeding and wintering grounds twice each year, they face many hazards. For species that migrate during the night, one of those dangers is the disorienting influence of light pollution from cities. A new study in the journal Environmental Pollution examines how artificial light at night and urban landcover are associated with the presence of nocturnal migrants across seasons.

Scientists from the Cornell Lab of Ornithology and Colorado State University used observations from the Lab’s eBird citizen-science program to estimate the seasonal species richness of nocturnally migrating passerines within 333 well surveyed urban areas in the contiguous U.S. “Richness” is defined as the number of different species in an area.

“We modeled the relationship between species richness and the level of light pollution, the proportion of tree canopy cover, and the proportion of impervious surface, such as roads and parking lots, across urban areas” says lead author Frank La Sorte at the Cornell Lab.

Results showed that higher levels of light pollution during the winter and summer was associated with the presence of fewer species . But more light pollution resulted in more species during spring and fall migration. These finding reinforce what other studies have uncovered: that nocturnal migrants are attracted to artificial light at night, which often leaves them disoriented and vulnerable.

“We also found that higher species richness during the winter was associated with higher concentrations of impervious surface,” says La Sorte. “We think this is due to the urban ‘heat island’ effect, which has the potential to reduce cold stress and enhance insect densities for these species.”

The study authors say their findings highlight the value of tree canopy cover in urban areas during migration and the breeding season, and the importance of reducing light pollution during migration when the most significant adverse effects for migratory bird populations are likely to occur.