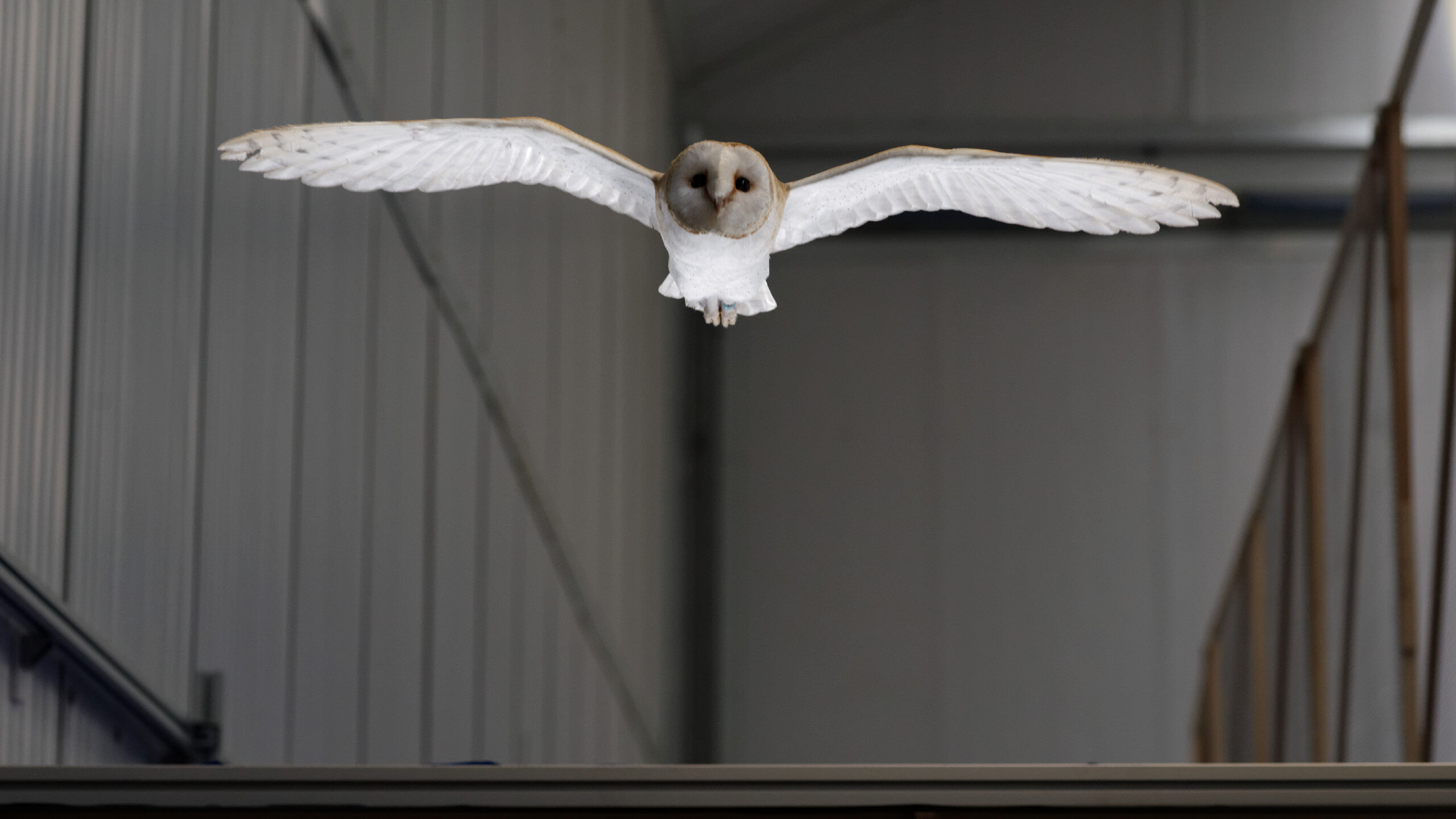 Scientists from the University of Bristol and the Royal Veterinary College have discovered how birds are able to fly in gusty conditions—findings that could inform the development of bio-inspired small-scale aircraft.

“Birds routinely fly in high winds close to buildings and terrain—often in gusts as fast as their flight speed. So the ability to cope with strong and sudden changes in wind is essential for their survival and to be able to do things like land safely and capture prey,” said Dr. Shane Windsor from the Department of Aerospace Engineering at the University of Bristol.

“We know birds cope amazingly well in conditions which challenge engineered air vehicles of a similar size but, until now, we didn’t understand the mechanics behind it,” said Dr. Windsor.

The study, published in Proceedings of the Royal Society B, reveals how bird wings act as a suspension system to cope with changing wind conditions. The team used an innovative combination of high-speed, video-based 3-D surface reconstruction, computed tomography (CT) scans, and computational fluid dynamics (CFD) to understand how birds ‘reject’ gusts through wing morphing, i.e. by changing the shape and posture of their wings.

In the experiment, conducted in the Structure and Motion Laboratory at the Royal Veterinary College, the team filmed Lily, a barn owl, gliding through a range of fan-generated vertical gusts, the strongest of which was as fast as her flight speed. Lily is a trained falconry bird who is a veteran of many nature documentaries, so wasn’t fazed in the least by all the lights and cameras.

“We began with very gentle gusts in case Lily had any difficulties, but soon found that—even at the highest gust speeds we could make—Lily was unperturbed; she flew straight through to get the food reward being held by her trainer, Lloyd Buck,” commented Professor Richard Bomphrey of the Royal Veterinary College.

“Lily flew through the bumpy gusts and consistently kept her head and torso amazingly stable over the trajectory, as if she was flying with a suspension system. When we analysed it, what surprised us was that the suspension-system effect wasn’t just due to aerodynamics, but benefited from the mass in her wings. For reference, each of our upper limbs is about 5% of our body weight; for a bird it’s about double, and they use that mass to effectively absorb the gust,” said lead-author Dr. Jorn Cheney from the Royal Veterinary College.

“Perhaps most exciting is the discovery that the very fastest part of the suspension effect is built into the mechanics of the wings, so birds don’t actively need to do anything for it to work. The mechanics are very elegant. When you strike a ball at the sweetspot of a bat or racquet, your hand is not jarred because the force there cancels out. Anyone who plays a bat-and-ball sport knows how effortless this feels. A wing has a sweetspot, just like a bat. Our analysis suggests that the force of the gust acts near this sweetspot and this markedly reduces the disturbance to the body during the first fraction of a second. The process is automatic and buys just enough time for other clever stabilising processes to kick in,” added Dr. Jonathan Stevenson from the University of Bristol.

Dr. Windsor said the next step for the research, which was funded by the European Research Council (ERC), Air Force Office of Scientific Research and the Wellcome Trust, is to develop bio-inspired suspension systems for small-scale aircraft.

More information:
Bird wings act as a suspension system that rejects gusts, Proceedings of the Royal Society B, rspb.royalsocietypublishing.or … .1098/rspb.2020.1748
Provided by
University of Bristol