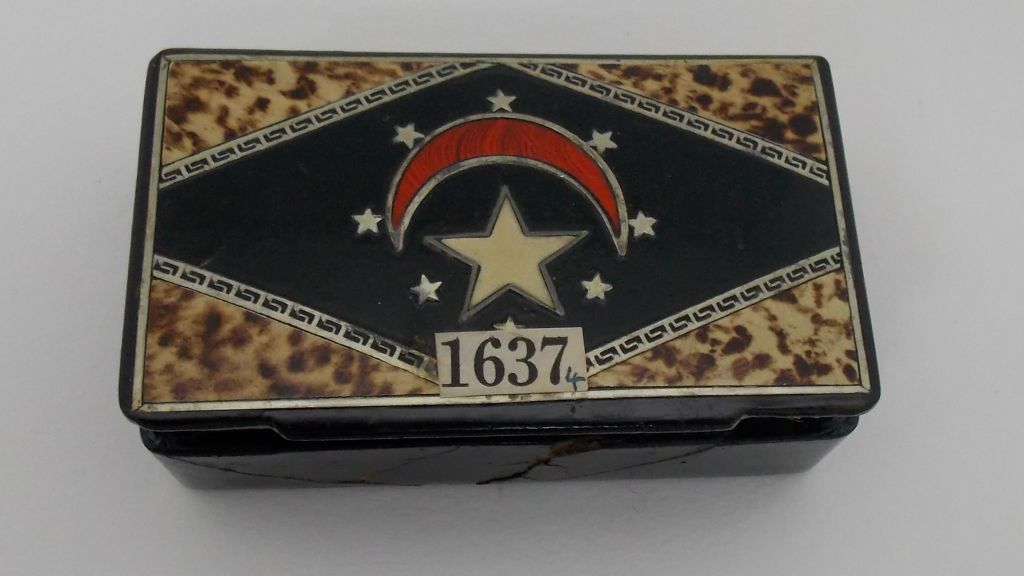 An artifact that was taken from Egypt’s Great Pyramid of Giza in 1872 was missing for 70 years until it was recently discovered in a cigar box at the University of Aberdeen Museums (UAM) in Scotland.

Curatorial assistant Abeer Eladany was reviewing objects in storage in the museum’s Asia Collection at the end of 2019 when she found a small box that looked out of place — in part because its lid was decorated with a motif of the former Egyptian flag, university representatives said in a statement.

Inside the box was a 5-inch-long (13 centimeters) piece of cedar, now in several pieces. The humble-looking wood fragment is one of only three objects ever to have been removed from the Queen’s Chamber; it is thought to have been placed in the tomb when the structure was built about 4,500 years ago and may be part of a tool that was used to erect the massive pyramid, according to the statement.

Related: In photos: Looking inside the Great Pyramid of Giza

“I couldn’t believe it when I realized what was inside this innocuous-looking cigar tin,” Eladany said.

The Great Pyramid of Khufu, dedicated to the Egyptian pharaoh who ruled around 2500 B.C., stands in the Necropolis of Memphis, south of Egypt’s Giza Plateau. It’s the largest in a trio of pyramids, made of more than 6 million tons (5.5 million metric tons) of limestone, 8,800 tons (8,000 metric tons) of granite and 550,000 tons (500,000 metric tons) of mortar, according to the National Museum of Scotland (NMS). Even after millennia of weathering, the pyramid stands about 455 feet (138 meters) tall, and at the time it was built, it measured approximately 481 feet (146 m) tall.

Back in the 19th century, British engineer Waynman Dixon was constructing a bridge in Cairo when he was contacted by Charles Piazzi Smyth, astronomer royal for Scotland, to assist in a survey of the Great Pyramid with the permission of the Egyptian Antiquities Service, according to the NMS. During the 1872 survey, Dixon removed three objects from the Queen’s Chamber: a piece of cedar, a ball and a hook. Together, they became known as the “Dixon relics,” and while the ball and hook were later housed in the collection of The British Museum, the piece of wood embarked on a different journey, according to the UAM statement.

The cedar chip ended up in the possession of Dr. James Grant, a Scottish doctor who practiced medicine in Egypt during the late 19th century; he assisted Dixon with the Great Pyramid survey and was with Dixon when he found the so-called relics, UAM representatives said. Their records showed that Grant’s daughter donated a “five-inch piece of cedar” to the museum in 1946.

Collection, she cross-referenced it with museum records for objects from Egypt. She quickly realized that it was the long-missing wooden artifact.

“Once I looked into the numbers in our Egypt records, I instantly knew what it was, and that it had effectively been hidden in plain sight in the wrong collection,” Eladany said in the statement. “I’m an archaeologist and have worked on digs in Egypt, but I never imagined it would be here in northeast Scotland that I’d find something so important to the heritage of my own country.”

Carbon dating of the wood revealed another surprise: It dated to around 3341 B.C. to 3094 B.C., preceding Khufu’s reign and the Great Pyramid’s construction by about 500 years and making the object “even older than we had imagined,” Neil Curtis, head of museums and special collections at the University of Aberdeen, said in the statement.

“This may be because the date relates to the age of the wood, maybe from the centre of a long-lived tree,” Curtis said. “Alternatively, it could be because of the rarity of trees in ancient Egypt, which meant that wood was scarce, treasured and recycled or cared for over many years.”

The fragment’s age suggests that the original wooden object and its companion “relics” from the tomb were likely placed inside the pyramid at the time of its construction and weren’t left there by explorers from a later era.

“It will now be for scholars to debate its use and whether it was deliberately deposited, as happened later during the New Kingdom, when pharaohs tried to emphasize continuity with the past by having antiquities buried with them,” Curtis said in the statement.