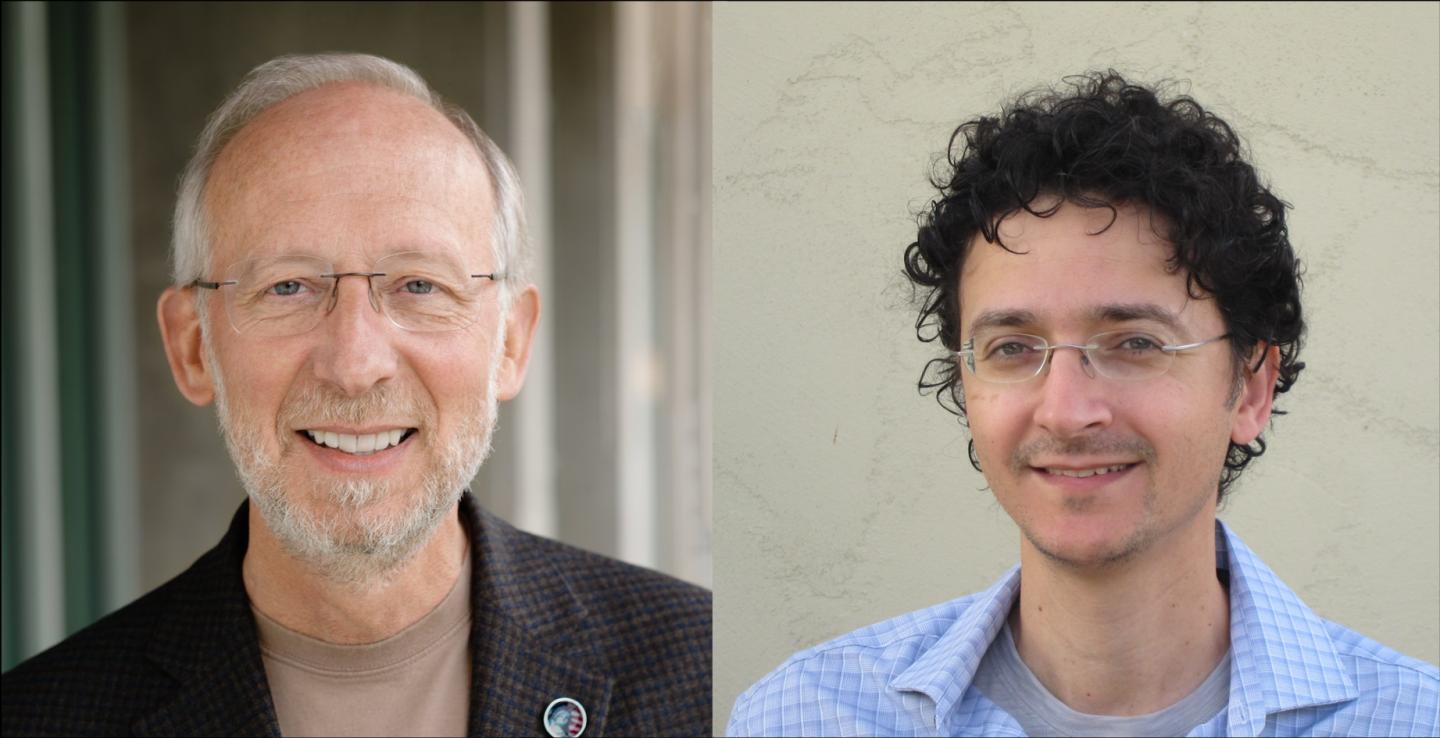 DECEMBER 23, 2020, NEW YORK – Researchers led by Ludwig San Diego Member Don Cleveland and Peter Campbell of the Sanger Center have solved the mystery of how free-floating circular DNA fragments, which are almost exclusively found in cancer cells, drive gene amplification to generate drug resistance in cancer. The research, published on December 23 in the journal Nature, provides new insights into how cancers evolve to adapt to changing environments and suggests ways to reduce drug resistance by combining therapies.

“Drug resistance is the most problematic part of cancer therapy,” said Ofer Shoshani, a postdoctoral researcher in Cleveland’s lab and the study’s first author. “If not for drug resistance, many cancer patients would survive.”

Extrachromosomal DNAs (ecDNA) are distinct circular units of DNA that are unassociated with chromosomes, which package genomic DNA in the cell’s nucleus. ecDNA can contain many copies of cancer genes that help tumors grow and survive. Understanding the biology and origins of ecDNA took on some urgency after a team led by Ludwig San Diego Member Paul Mischel and his colleague Vineet Bafna at the University of California San Diego School of Medicine first reported in 2017 that it is found in nearly half of all tumor types and that it plays a major role in the growth and diversity of cancer cells.

In the new study, Shoshani, Cleveland, Campbell and colleagues show that chromothripsis, the shattering of chromosomes and their reassembly in shuffled order, initiates the formation of ecDNA.

Chromothripsis was first described in 2011 by a team led by Campbell. Scientists hypothesized at the time that chromosomal shattering could produce DNA snippets that circularize to form ecDNA, but this has not been proven until now. “What we were able to show is the link between chromosomal shattering and the formation of ecDNA,” Cleveland said. The team also showed that ecDNA can itself undergo successive rounds of chromothripsis to spawn rearranged ecDNAs that provide even higher drug resistance.

“We’ve watched these pieces evolve with time as they get shattered and reshattered,” Cleveland said. “That means if an ecDNA fragment acquires a gene that encodes for a product that directly counters an anticancer drug, it can make more and more of it, leading to drug resistance. We have now established this in three different cell lines forming resistance to methotrexate and in biopsies from human colorectal cancer patients forming resistance to BRAF therapy.”

While chromothripsis occurs naturally in cancer cells, the researchers found that it can also be induced by chemotherapeutic drugs such as methotrexate, which kill dividing cells by damaging their DNA. Moreover, the particular kind of DNA damage these drugs cause–breaking both strands of the DNA double helix–provides an opening for ecDNA to reintegrate back into chromosomes.

“We show that when we break a chromosome, these ecDNAs have a tendency to jump into the break and seal them, serving almost like a ‘DNA glue,'” Shoshani said. Thus, some of the very drugs used to treat cancers might also be driving drug resistance by generating double-stranded DNA breaks.

The researchers found that such ecDNA formation can be halted by pairing chemotherapeutic drugs with molecules that prevent the DNA fragments created by chromosomal shattering from closing to form circles. Shoshani showed that when applied together to cancer cells, this strategy inhibited the formation of ecDNA and reduced the emergence of drug resistance.

“This means that an approach in which we combine DNA repair inhibitors with drugs such as methotrexate or vemurafenib could potentially prevent the initiation of drug resistance in cancer patients and improve clinical outcomes,” Shoshani said.

Cleveland added, “I think the field has accepted that combination therapy is how we’re going to generate better outcomes for cancer patients, but here’s a specific example of what kinds of combinations should be tested.”

This study was supported by Ludwig Cancer Research, US National Institutes of Health and the Wellcome Trust.

Ludwig Cancer Research is an international collaborative network of acclaimed scientists that has pioneered cancer research and landmark discovery for nearly 50 years. Ludwig combines basic science with the ability to translate its discoveries and conduct clinical trials to accelerate the development of new cancer diagnostics and therapies. Since 1971, Ludwig has invested $2.7 billion in life-changing science through the not-for-profit Ludwig Institute for Cancer Research and the six U.S.-based Ludwig Centers. To learn more, visit http://www.ludwigcancerresearch.org.