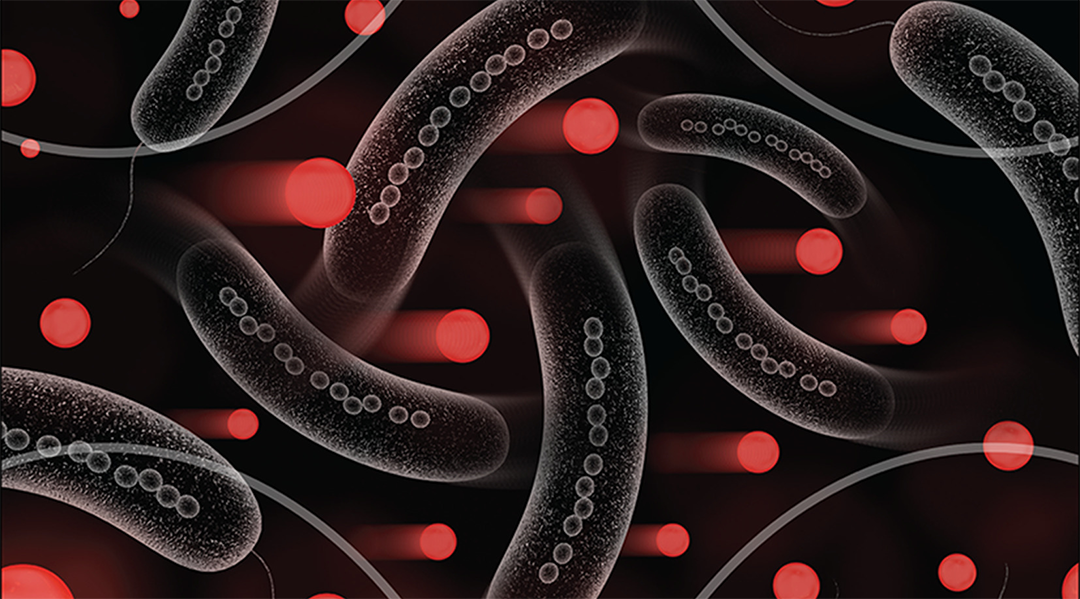 Bacteria controlled by magnets could one day deliver medicine directly to the cells that need it.

One of the reasons why anti-cancer drugs often cause severe and harsh side effects is that the active substance intended for the cancer cells affects healthy cells as well. This is true of a lot of drugs, in fact, and is why recent years have seen a surge in research looking at how to effectively deliver drugs to target sites without harming healthy cells and tissue that doesn’t need the drug.

One such avenue for effective drug delivery like this is the use of nanotechnology, such as using target-specific nano-/microcapsules or nano-/microrobots that are intended to release the drug “payload” only once they arrive at the site of interest. These nano-/microrobots are often inspired by bacteria in terms of locomotion and size.

But what if bacteria itself could be used as our microscopic drug couriers?

Researchers at ETH Zurich, led by Simone Schürle, asked just this question. In a paper recently published in Advanced Functional Materials, Schürle and her team exploited magnetic bacteria as a means of targeted drug delivery, where directed magnetic fields would be the “control pad” for directing the bacteria to the target.

Whilst this may sound like something from science fiction, magnetic bacteria, or magneto bacteria, were actually found in the sea some 45 years ago. These exotic microorganisms absorb iron dissolved in the water which then crystallizes out in the interior of the bacteria. These iron oxide crystals subsequently allow the bacteria to align themselves with the Earth’s magnetic field which helps them navigate themselves in the water.

As a proof-of-concept, Schürle and her team took these bacteria and applied weak rotating magnetic fields to them in liquid. When in a swarm, the movement of the bacteria in response to the magnetic fields allowed the flow of the liquids in which they were in to be controlled. This produces a similar effect to that caused by micropumps, therefore the bacteria, with the use of a magnetic field, could move active substances present in the liquid with high accuracy. This could therefore be used for moving active therapeutics in the bloodstream directly to tumor sites.

There is also the possibility this concept could be used outside the body, such as mixing fluids together in very small vessels, eradicating the need for mechanical micropumps.

As Schürle points out, a major advantage of bacteria over nano or microrobots is they’re easier to produce; one can simply cultivate them in bioreactors.

Of course, this is early days and the concept has only been shown in the laboratory. Not to mention that before being tested on humans in clinical trials, strict health and safety measures need to be approved. But this process may not necessarily be as arduous are far away into the future as it seems; other researchers have already been using E. coli as so-called “living therapeutics”. It is therefore not so unreasonable to go a step further and theorize that non-natural bacteria can used for this purpose too. With the advent of synthetic biology, bacteria can be modified to optimize their desired functionality — such as better responding to magnetic fields than their ocean-dwelling cousins — for use in medical and other applications.

This research highlights a juncture between life science and nanotechnology that can only become more intertwined as research progresses.