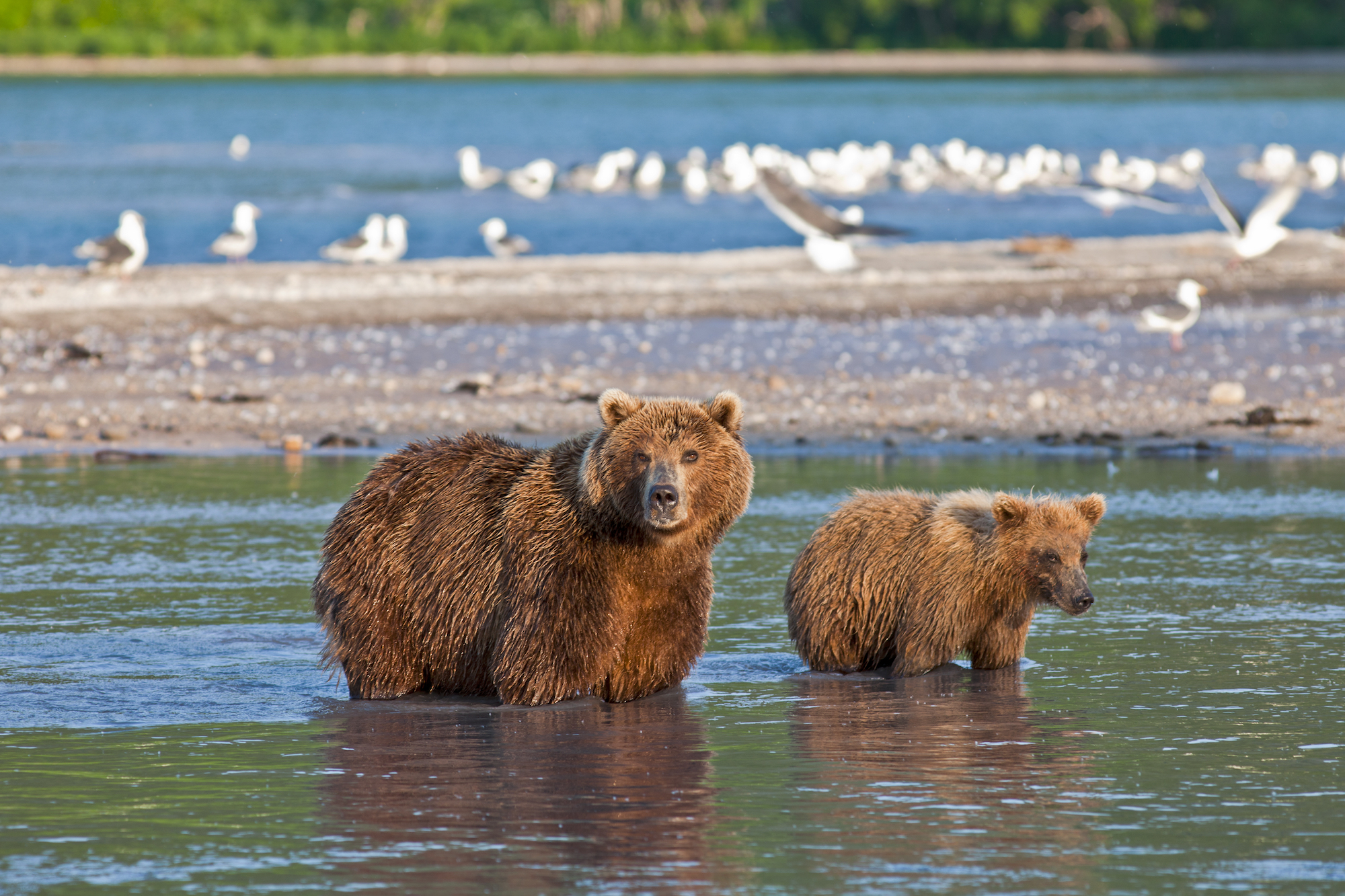 A mother bear and her cub were shot and killed while trying to board a nuclear submarine in Russia, according to news reports.

The sub was docked near the village of Rybachiy in Russia’s far-eastern Kamchatka Peninsula, which has served as a submarine construction base since the 1960s. In a video shared on social media on Nov. 8, crewmembers aboard the sub watch as the two bears swim up from the adjacent bay and climb aboard the vessel’s deck.

According to the Moscow Times, naval personnel called a local hunting instructor to dispatch the bears with a “specialized hunting weapon.” In an unedited version of the video, a shotgun blast rings out before the bear cub falls from the sub’s deck and into the bay.

Why the bears were heart-set on becoming submariners is anyone’s guess, but the Russian military has already been barraged with social media scrutiny for killing the creatures, seemingly without cause. A spokesperson from the Russian Navy’s Pacific Fleet told the Russian news agency Interfax that the bears had been seen several times in recent days, and posed a threat to villagers.

One crewmember who can be heard speaking in the video echoes this sentiment. “There’s no other way,” he says, according to the Moscow Times (which translated the clip from Russian). “If you chase it out, it’ll wander into the villages. That’s how you fight bears in Kamchatka.”

An estimated 24,000 wild bears inhabit the Kamchatka Peninsula, according to BBC News. If the mother and cub were searching for food, as the Russian Navy spokesperson suggested, then they are hardly the first of their kind to venture into human territory in search of sustenance. In February 2019, more than 50 polar bears invaded a town in the Russian Arctic when thinning sea ice forced them away from their regular hunting grounds, Live Science previously reported. Climate change has caused the Arctic to warm twice as fast as the rest of the world, resulting in huge declines in sea ice every year, according to a December 2018 report released by the National Oceanographic and Atmospheric Administration (NOAA).