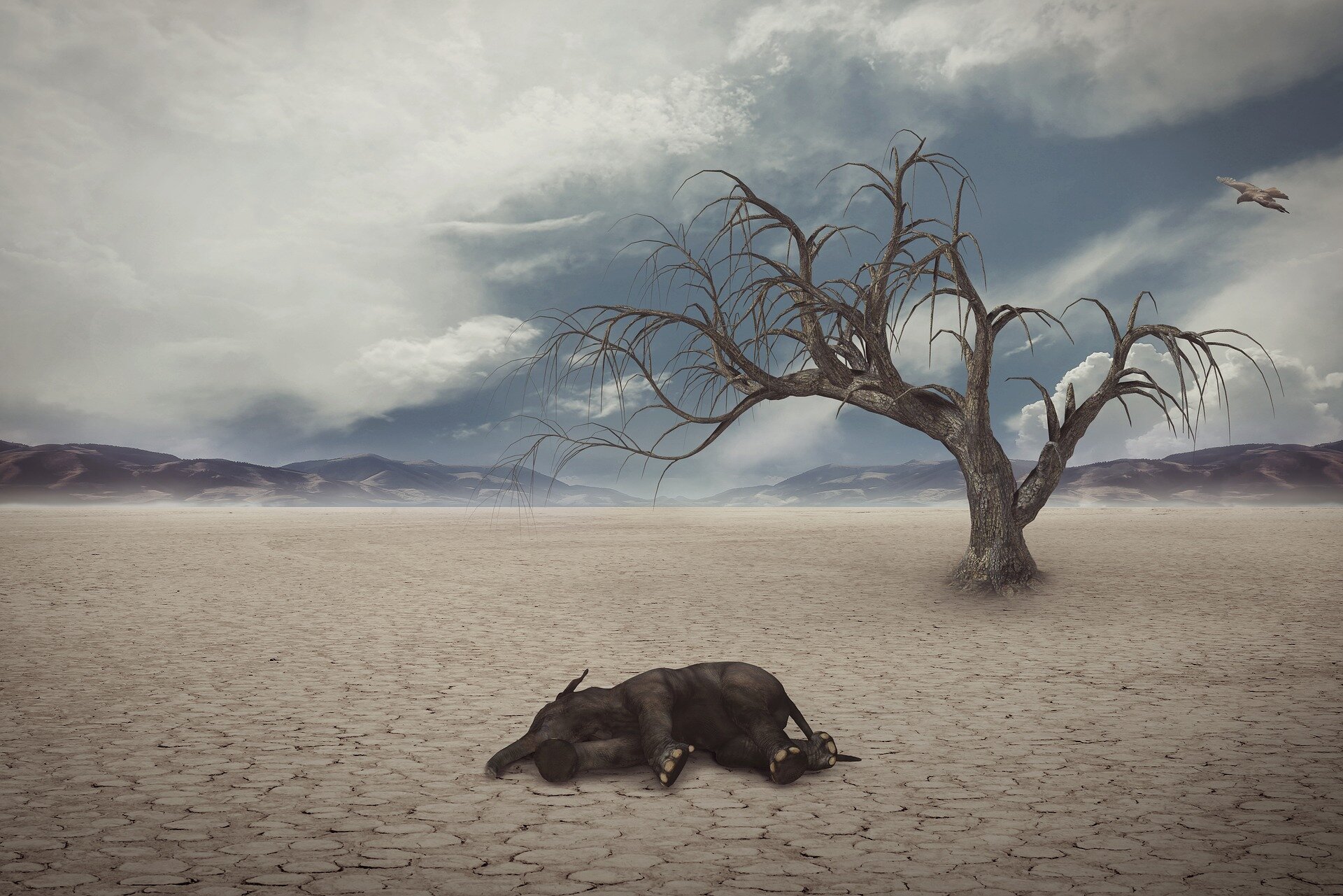 Mass extinctions of land-dwelling animals—including amphibians, reptiles, mammals, and birds—follow a cycle of about 27 million years, coinciding with previously reported mass extinctions of ocean life, according to a new analysis published in the journal Historical Biology.

The study also finds that these mass extinctions align with major asteroid impacts and devastating volcanic outpourings of lava called flood-basalt eruptions—providing potential causes for why the extinctions occurred.

“It seems that large-body impacts and the pulses of internal Earth activity that create flood-basalt volcanism may be marching to the same 27-million-year drumbeat as the extinctions, perhaps paced by our orbit in the Galaxy,” said Michael Rampino, a professor in New York University’s Department of Biology and the study’s lead author.

Sixty-six million years ago, 70 percent of all species on land and in the seas, including the dinosaurs, suddenly went extinct, in the disastrous aftermath of the collision of a large asteroid or comet with the Earth. Subsequently, paleontologists discovered that such mass extinctions of marine life, in which up to 90 percent of species disappeared, were not random events, but seemed to come in a 26-million-year cycle.

In their Historical Biology study, Rampino and co-authors Ken Caldeira of the Carnegie Institution for Science and Yuhong Zhu of NYU’s Center for Data Science, examined the record of mass extinctions of land-dwelling animals and concluded that they coincided with the extinctions of ocean life. They also performed new statistical analyses of the extinctions of land species and demonstrated that those events followed a similar cycle of about 27.5 million years.

What could be causing the periodic mass extinctions on land and in the seas? Mass extinctions are not the only events occurring in cycles: the ages of impact craters—created by asteroids and comets crashing to the Earth’s surface—also follow a cycle aligning with the extinction cycle.

Astrophysicists hypothesize that periodic comet showers occur in the Solar System every 26 to 30 million years, producing cyclical impacts and resulting in periodic mass extinctions. The Sun and planets cycle through the crowded mid-plane of the Milky Way Galaxy about every 30 million years. During those times, comet showers are possible, leading to large impacts on the Earth. The impacts can create conditions that would stress and potentially kill off land and marine life, including widespread dark and cold, wildfires, acid rain, and ozone depletion.

“These new findings of coinciding, sudden mass extinctions on land and in the oceans, and of the common 26- to 27-million-year cycle, lend credence to the idea of periodic global catastrophic events as the triggers for the extinctions,” said Rampino. “In fact, three of the mass annihilations of species on land and in the sea are already known to have occurred at the same times as the three largest impacts of the last 250 million years, each capable of causing a global disaster and resulting mass extinctions.”

The researchers were surprised to find another possible explanation beyond asteroids for mass extinctions: flood-basalt eruptions, or giant volcanic eruptions that cover vast areas with lava. All eight of the coinciding mass die-offs on land and in the oceans matched times of flood-basalt eruptions. These eruptions also would have created severe conditions for life, including brief periods of intense cold, acid rain, and ozone destruction and increased radiation; longer term, eruptions could lead to lethal greenhouse heating and more acid and less oxygen in the ocean.