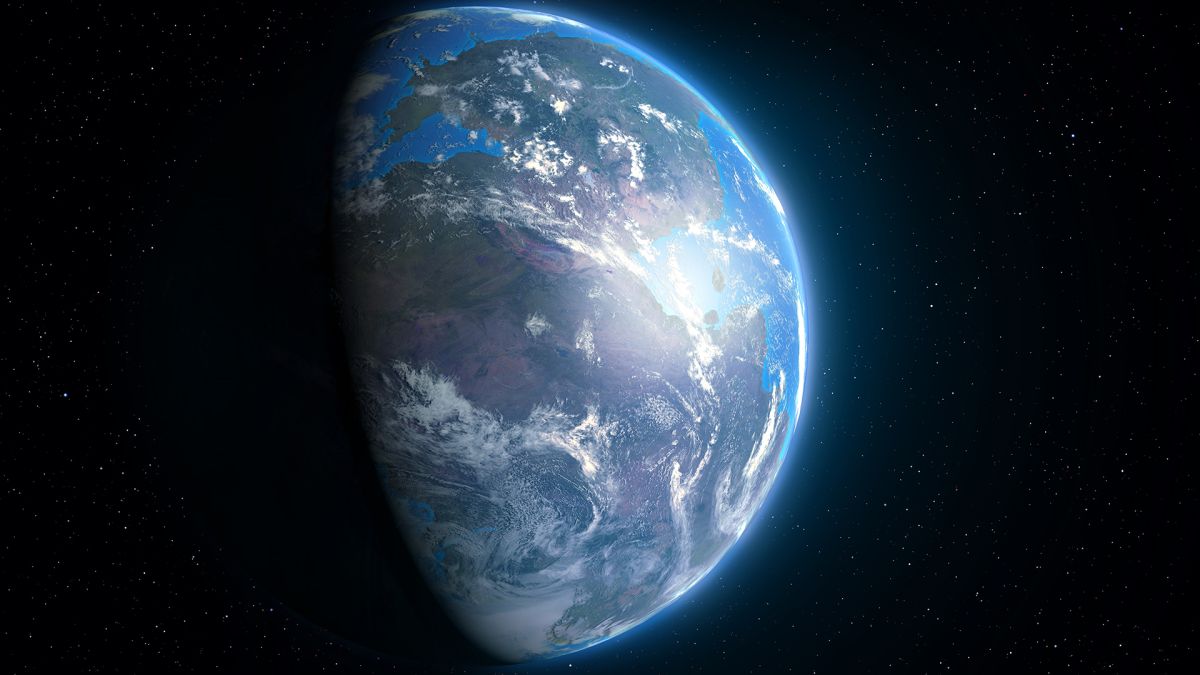 Supercontinents — giant landmasses made up of multiple continents — could emerge again on Earth 200 million years from now, and where they form on the globe could drastically affect our planet’s climate.

Scientists recently modeled this “deep future” view of Earth with a supercontinent makeover, presenting their findings Dec. 8 at the annual meeting of the American Geophysical Union (AGU), held online this year. They explored two scenarios: In the first, around 200 million years in the future, nearly all continents push into the Northern Hemisphere, with Antarctica left all alone in the Southern Hemisphere; in the second scenario, about 250 million years in the future, a supercontinent forms around the equator and extends into Northern and Southern Hemispheres.

For both, the researchers calculated the impact on global climate based upon the supercontinents’ topography. They were surprised to find that when continents were pushed together in the north and the terrain was mountainous, global temperatures were significantly colder than in the other models. Such an outcome could herald a deep freeze unlike any in Earth’s past, lasting at least 100 million years, scientists reported at AGU.

Earth’s continents didn’t always look the way they do today. Over the past 3 billion years or so, the planet has cycled through multiple periods where continents first crowded together to form immense supercontinents and then broke apart, according to lead study author Michael Way, a physical scientist at the NASA Goddard Institute for Space Studies in New York.

Another team of scientists had previously modeled supercontinents of the far distant future. The supercontinent they dubbed “Aurica” would coalesce in 250 million years from continents collecting around the equator, while “Amasia” would come together around the North Pole. For the new study, Way and his team took the Aurica and Amasia landmasses and different topographies — highly mountainous; flat and close to sea level; or mostly flat but with some mountains — and plugged them into a circulation model called ROCKE-3D, Way told Live Science.

In addition to plate tectonics, other parameters informed the models’ calculations for deep future Earths, based on how Earth changes over time. For example, 250 million years from now, Earth will spin just a little slower than it does today, which the model took into account, Way explained.

“Earth’s rotation rate is slowing down over time — if you move 250 million years into the future, the day length increases by about 30 minutes, so we put that into the model to see if that had an effect,” Way said. Solar luminosity will also slightly increase in 250 million years, “because the sun is gradually getting brighter through time,” he said. “We put that into the model also, so we increased the amount of radiation the planet sees.”

Related: How North America grew as a continent

The most unexpected result in their models was that global temperatures were colder by nearly 7.2 degrees Fahrenheit (4 degrees Celsius) in a world with a mountainous Amasia supercontinent in the Northern Hemisphere. This was mostly because of a strong ice albedo feedback. Snow and ice in this northern supercontinent at high latitudes created permanent cover over land during the summer and winter months, “and that tends to keep the surface temperature a couple of degrees colder than in all the other scenarios,” Way said.

By comparison, in models of a less mountainous Amasia, lakes and inland seas were able to form. They transported atmospheric heat northward from the equator, seasonally melting snow and ice so that the land wouldn’t be permanently frozen.

On Earth today, ocean circulation carries heat to far northern regions, traveling around Greenland and through the Bering Strait. But when a supercontinent forms and those avenues close, “then you can’t transport that warm ocean heat from lower latitudes or southern summer up north to melt and keep things warm,” Way said.

Earth’s more recent ice ages lasted for tens of thousands of years. But the formation of Amasia could usher in an ice age that would be significantly longer.

What might that mean for life on Earth? As tropical lowlands vanish, so too would the incredible biodiversity that they support. However, new species could emerge that would be adapted to survive in extremely cold environments, like they did during earlier ice ages.

“When you give evolution enough time, it finds a way to fill every ecological niche in some way,” Way said. And in a situation such as this, where exceptional cold would dominate the planet for 100 million years or more, “that’s a long time for evolution to work,” he said.