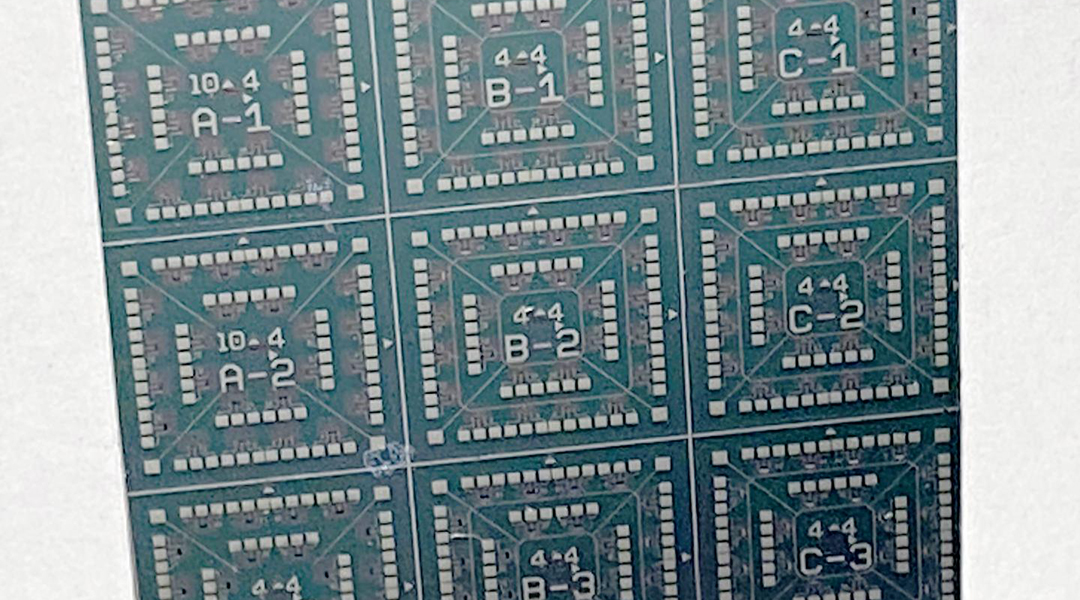 The waste chips of paint you strip off the walls might not be so useless afterall.

For the next generation of computer processors, one persistent challenge for researchers is finding novel ways to make non-volatile memory on an ever-smaller scale. As smaller processors inevitably lead toward a finite limit on space — and therefore processing power — quantum computing or new materials that move away from traditional silicon chips are thought to overcome this barrier.

Now, researchers at Sandia National Laboratory, California, and the University of Michigan, publishing in Advanced Materials, have made a step forward in realizing a solution to this problem using a new material in processing chips for machine-learning applications, that gives these computers more processing power than conventional computer chips. The specific obstacle the authors wanted to overcome was the limitations with filamentary resistive random access memory (RRAM), in which defects occur within the nanosized filaments. The team instead wanted to create filament-free bulk RRAM cells.

The materials the authors use, titanium oxide or TiO2, may sound like a rather mundane inorganic substance to readers unfamiliar with it, but it is in fact a lot more common than most people realize. If you ever watched Bob Ross’s wonderful The Joy of Painting, you may be more familiar with TiO2 as titanium white — the name it is given when used as a pigment in paints. In fact, TiO2 is ubiquitous in paints not just on the landscape artist’s pallet, but in house paints, varnishes, and other coatings. It is also found in sunscreen and toothpaste.

The point is, TiO2 is cheap and easy to make, which is one of the reasons this new-found application in computer technology is so exciting.

A. Alec Talin of the Sandia National Laboratory, lead author of the paper, explained why this cheap, nontoxic substance is ideal for his team’s novel processing chip: “It’s an oxide, there’s already oxygen there. But if you take a few out, you create what are called oxygen vacancies. It turns out that when you create oxygen vacancies, you make this material electrically conductive.”

These vacancies can also store electrical data, a key ingredient computing power. These oxygen vacancies are created by heating a computer chip with a titanium oxide coating 150 °C, and through basic electrochemistry, some of the oxygen in the TiO2 coating can be removed, creating oxygen vacancies.

“When it cools off, it stores any information you program it with,” Talin said.

Furthermore, their TiO2-based processor not only offers a new way of processing digital information, it also has the potential to fundamentally alter the way computers operate. Currently, computers work by storing data in one place and processing that same data in another place. In other words, energy is wasted in moving data from one place to another before it can be processed.

“What we’ve done is make the processing and the storage at the same place,” said Yiyang Li of the University of Michigan and first author of the paper. “What’s new is that we’ve been able to do it in a predictable and repeatable manner.”

This is particularly important for machine-learning and deep neural network applications, where as much computing power is needed for data processing, and not data moving.

Li explained: “If you have autonomous vehicles, making decisions about driving consumes a large amount of energy to process all the inputs. If we can create an alternative material for computer chips, they will be able to process information more efficiently, saving energy and processing a lot more data.”

Talin also sees applications in everyday devices that are already ubiquitous. “Think about your cell phone,” he said. “If you want to give it a voice command, you need to be connected to a network that transfers the command to a central hub of computers that listen to your voice and then send a signal back telling your phone what to do. Through this process, voice recognition and other functions happen right in your phone.”

In an age where digital privacy is important, it may be attractive to consumers to know sensitive data—such as the sound of their own voice — stays in their phone, rather than being sent to “the Cloud” first, where accountability and control is less clear-cut.

Like many advances in science, the discovery of this technological application of TiO2 is, as Bob Ross would call it, yet another “happy accident”, that has real-world, positive applications.