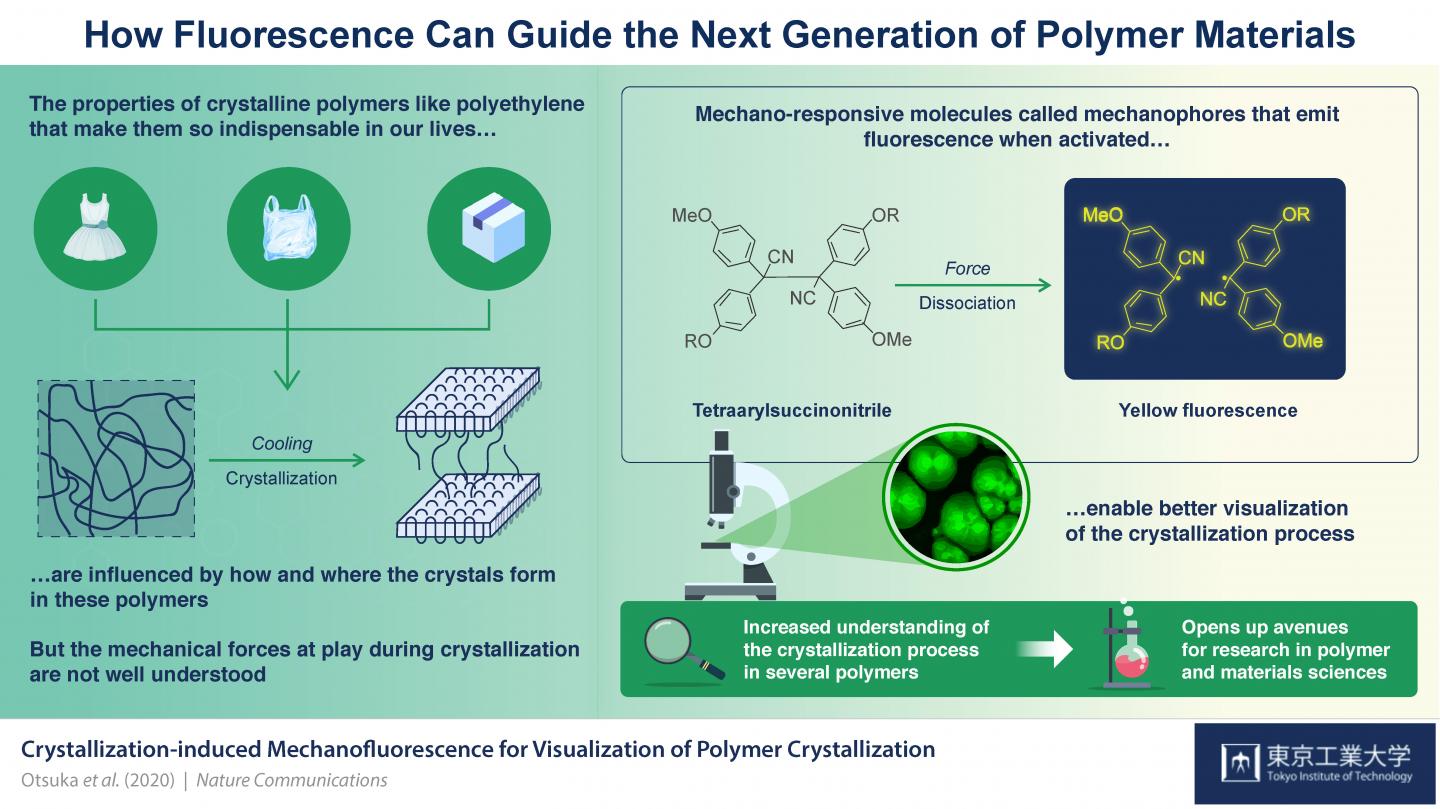 In modern times, manufacturers produce highly specialized materials for a wide array of uses, called polymers. Polymers have a variety of purposes owing to their versatile properties, ranging from being used in construction due to their high tensile strength and resistance to manufacturing plastic bags that require more lightweight, flexible materials, such as nylon or polyethene.

These differences between the properties of different polymers stems from their internal structure. Polymers are made up of long chains of smaller sub-units, called “monomers.” Crystallization occurs when crystalline polymers are melted, then cooled down slowly, which enables the chains to organize themselves into neatly arranged plates.

Depending on the degree and location of crystallization, this process gives valuable properties to the polymers, including flexibility, heat conductivity, and strength. However, if not properly controlled, crystallization can also weaken the material, putting undue stress on the polymer chain. This is especially problematic when polymers are subjected to extreme conditions, such as freezing temperatures or intense pressure.

To guarantee optimal performance, we need to predict how a given polymer will react to mechanical stress and to what degree crystallization contributes to this response. However, scientists know very little about the intricate forces at play during crystallization, having never been able to observe them directly or measure them accurately without destroying the material first.

Based on recent advancements in polymer science, a research group, led by Professor Hideyuki Otsuka of Tokyo Tech, has been working on a method to visualize polymer crystallization in real time. In a recent study published in Nature Communications, they used highly reactive molecules, called radical-type “mechanophores,” embedded in the polymer structures. Radical-type mechanophores are sensitive to mechanical stress and easily break down into two equivalent radical species, which can act as a probe to know when and how stress is applied. In this case, to examine the mechanical forces at play during crystallization, they used a radical-type mechanophore called “TASN”, which breaks down and emits fluorescence when subjected to mechanical stress.

The team had already used similar molecules previously, showing they could be used to visualize and evaluate the degree of mechanical stress within a polymer material. In the current study, they used a similar method to observe the crystallization of a polymer. As the crystals formed, the mechanical forces caused the mechanophores in its structure to dissociate into smaller, pink-colored radicals with a characteristic yellow fluorescence, enabling the researchers to directly observe the process. Because fluorescence shows high visibility, the researchers were able to measure the emitted wavelengths of fluorescence to determine the exact rate of crystallization, as well as its extent and location even in three dimension within the polymer material.