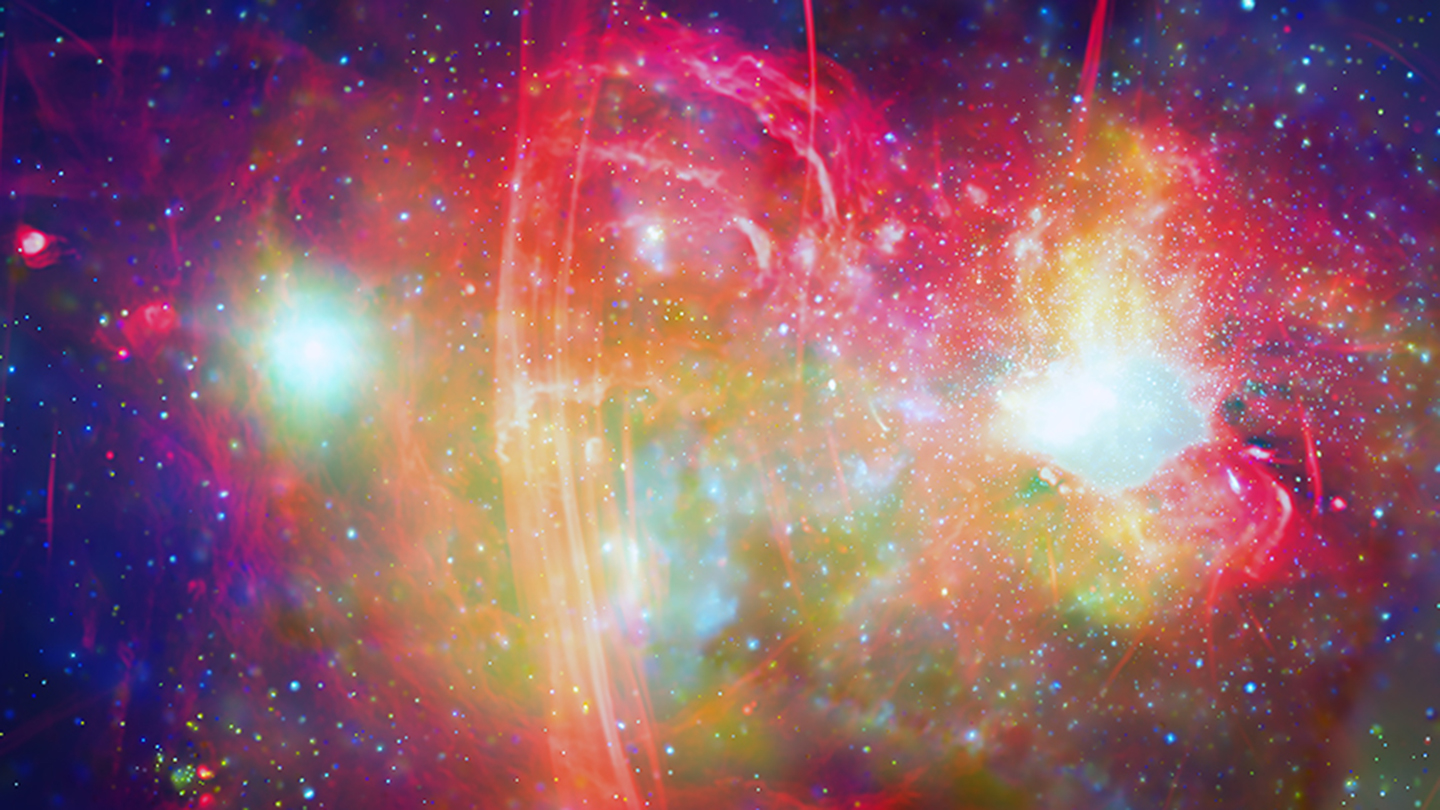 Innumerable stars reside within 1.6 light-years of the Milky Way’s central black hole. But this same crowded neighborhood has fewer red giants — luminous stars that are large and cool — than expected.

Now astrophysicists have a new theory why: The supermassive black hole, Sagittarius A*, launched a powerful jet of gas that ripped off the red giants’ outer layers. That transformed the stars into smaller red giants or stars that are hotter and bluer, Michal Zajaček, an astrophysicist at the Polish Academy of Sciences in Warsaw, and colleagues suggest in a paper published online November 12 in Astrophysical Journal.

Today Sagittarius A* is quiet, but two enormous bubbles of gamma-ray-emitting gas rooted at the center of the Milky Way tower far above and below the galaxy’s plane (SN: 12/9/20). These gas bubbles imply the black hole sprang to life some 4 million years ago when something fell into it.

At that time, a disk of gas around the black hole shot a powerful jet of material into its star-studded neighborhood, Zajaček and colleagues propose. “The jet preferentially acts on large red giants,” he says. “They can be effectively ablated by the jet.” The biggest and brightest red giants seem to be missing near the galactic center, Zajaček says.

Red giants are vulnerable because they are large and their envelopes of gas tenuous. A red giant forms from a smaller star after the star’s center gets so full of helium that it can no longer burn its hydrogen fuel there. Instead, the star starts to burn hydrogen in a layer around the center, which makes the star’s outer layers expand, causing its surface to cool and turn red. As a result, some red giants are more than a hundred times the diameter of the sun, making them easy pickings for the jet.

“The idea is plausible,” says Farhad Yusef-Zadeh, an astronomer at Northwestern University in Evanston, Ill., who was not involved with the study.

Tuan Do, an astronomer at UCLA, adds “it may take a combination of several of these kinds of mechanisms to fully explain the lack of the red giants.” In particular, he says, something other than a jet likely accounts for the paucity of red giants farther away from the black hole.

One candidate, say Zajaček and Do, is a large disk of gas that circled the black hole a few million years ago. This disk spawned stars that now orbit the black hole in a single plane. These young stars exist as far as 1.6 light-years from the black hole, which is also the extent of the red giant gap. As red giants revolved around the black hole and repeatedly plunged through the disk, its gas may have torn off their outer layers, explaining another part of the galactic center’s red star shortage.