MLK and Malcolm X were more alike than we thought. Here’s why. 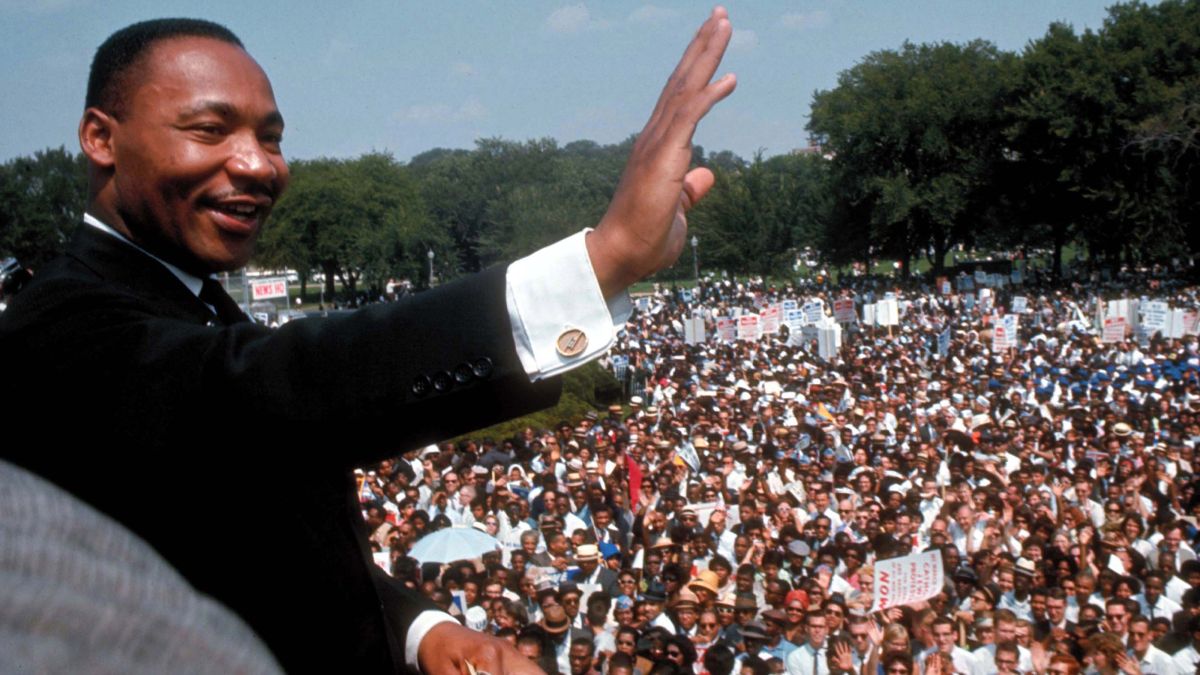 Malcolm X and Dr. Martin Luther King Jr. are two of the most iconic figures of the 20th century and of the civil rights movement. Both men were leaders of their own separate movements, with King serving as the first president of the Southern Christian Leadership Conference and Malcolm X as a minister and leading national spokesperson for the Nation of Islam (NOI). However, most people believe the two men had very different approaches to the challenge of achieving racial justice and equality in the U.S.

“The mythology around both men frames them as opposites,” said Peniel Joseph, the Barbara Jordan chair in ethics and political values at the LBJ School of Public Affairs and a professor of history at the University of Texas at Austin. “It frames Malcolm as King’s evil twin and King as this saint who would just give everybody a hug if he was alive right now. That really takes away from understanding the depth and breadth of their political power, their political radicalism and their evolution over time.”

“King remains a major, global political mobilizer, and the way in which he framed this idea of racial justice globally is very important,” Joseph added. “Malcolm X was the first modern activist who was really saying ‘Black Lives Matter’ in a really deep and definitive way and became the avatar of the Black Power movement.”

Joseph believes that, while the differences between King and Malcolm X cannot be ignored, the two men were, in fact, much closer than commonly believed, though their upbringings could not have been more different. “Martin Luther King Jr. was raised in an upper-middle class, elite household in Atlanta, Georgia,” Joseph explained. “His father was a preacher, his mother was present in his life and it was a very comfortable upbringing.

Related: Read a free issue of All About History magazine

“On the other hand, Malcolm X was raised in Omaha, [Nebraska], and in Lansing, Michigan, on farms, so he was a country boy, whose father was murdered by white supremacists when he was 6 years old,” Joseph said. “[H]is mother was put in a psychiatric facility, so he was a foster child by the time he was in elementary school. He then became a hustler in Boston and Harlem as a teenager, and he was finally arrested for theft and spent seven years in prison.

“When Malcolm was in prison, King was attending Morehouse College, the most prestigious historically Black, all-men’s college that you could go to then or now,” Joseph added. “He received a theological degree at seminary school, Crozer Theological school in Chester, Pennsylvania, and then got a Ph.D. at Boston University.”

King’s strong religious upbringing had a massive influence on his life, and he became a preacher as well as a political activist, including his faith within his speeches. Meanwhile, Malcolm’s tough upbringing and the tragedies he endured make a lot of sense when held against the righteous anger and pain he was able to express as a minister for the NOI.

It was during his time in prison that Malcolm was introduced to Islam by some of his siblings, and he formally joined the Nation of Islam. The NOI’s leader, Elijah Muhammad, took a personal interest in Malcolm, before he was released in 1952. Malcolm abandoned what he called his “slave” name, Little, and became Malcolm X. As a minister in the NOI, he advocated for Black separatism (which was the policy of the organization), first in Chicago and later in Harlem, New York, which would become his base for years to come.

The formative years of Malcolm X’s and King’s lives are ultimately what frame them as polarized voices in a similar struggle.

“Malcolm X was really Black America’s prosecuting attorney, and he was going to be charging white America with a series of crimes against Black humanity,” Joseph said. “I argue in ‘The Sword and the Shield’ [that], in a way, his life’s work boils down to radical Black dignity. And what he means by Black dignity is really Black people having the political self-determination to decide their own political futures and fates. They define racism, and they define anti-racism and what social justice looks like for themselves. It’s connected to the United States, but globally, it’s also connected to African decolonization, African independence, Third World independence, Middle East politics, all of it.”

By contrast, “Martin Luther King Jr. was really the defense attorney; he defended Black lives to white people and white lives to Black people,” Joseph said. “He was really advocating for radical Black citizenship, and his notion of citizenship became more expansive over time. iIt was going to be more than just voting rights and ending segregation. It would become about ending poverty, food justice, health care, a living wage, universal basic income for everyone.”

Related: What was the Black Panther Party?

These two approaches — one that builds personal identity, and another that looks to express that identity and have it recognized by a system that is set up to ignore Black voices — seem more complementary than adversarial when observed objectively. “Their differences really become differences of tactics rather than goals,” Joseph said. “They’re both going to come to see that you need dignity and citizenship, and those goals are going to converge over time. But it’s the tactics and how we get to those goals” that differ.

Famously, the pair did not always see eye to eye. On multiple occasions, Malcolm X took aim at King and the Southern Christian Leadership Conference, referring to him as an “Uncle Tom” (though he later drew back from using the term). For his part, King warned that “fiery, demagogic oratory in the Black ghettos, urging Negroes to arm themselves and prepare to engage in violence, as [Malcolm X] has done, can reap nothing but grief,” according to The Martin Luther King, Jr. Research and Education Institute at Stanford University.

Despite the public animosity, Malcolm X attempted to reach out to King over the years, sending articles and NOI reading materials and even inviting him to speeches and meetings. On July 31, 1963, Malcolm X even publicly called for unity.

“If capitalistic Kennedy and communistic Khrushchev can find something in common on which to form a United Front despite their tremendous ideological differences, it is a disgrace for Negro leaders not to be able to submerge our ‘minor’ differences in order to seek a common solution to a common problem posed by a Common Enemy,” he wrote, inviting civil rights leaders to join him in Harlem to speak at a rally. But they did not attend, perhaps because shortly thereafter, they would be attending the March on Washington, and they were deep in planning. The slight was taken, though, with Malcolm X dismissing the August 1963 event as the “Farce on Washington.”

Joseph thinks that, despite the rhetoric, Malcolm X was still learning much from King’s activities. “King was the person who helped mobilize Birmingham, Alabama, in 1963, and [he faced] German shepherds and fire hoses and was a big, global media spectacle,” Joseph said. “King wrote his famous ‘Letter from Birmingham Jail’ during that period. Malcolm X was in Washington, D.C., for most of that spring as temporary head of Mosque No. 4, and he [was] really influenced by King’s mobilizations — his ability to mobilize large numbers of people — even as he’s critical of King because of the nonviolence and the fact that so many kids and women were being brutalized.”

A major turning point for Malcolm X came the following year as he gradually broke away from the NOI and sought to define his own path. “By 1964, in ‘The Ballot or the Bullet’ speech (April 3, 1964), you see Malcolm X talking about voting rights as part of Black liberation and freedom. You see him in an interview with [writer] Robert Penn Warren, saying that he and King have the same goals, which is human dignity, but they have different ways of getting there,” Joseph explained.

On March 26, 1964, King and Malcolm X crossed paths on Capitol Hill, during the debate over the Civil Rights Act as it was being filibustered on the Senate floor. “They were both talking to reporters and doing press conferences in support of the Civil Rights Act,” Joseph recounted. “They were both coming there for the same reason. People were surprised that Malcolm was there and he was watching the Senate and he was doing his interviews.

“[T]here was a point when Malcolm was in the same room as King and on the couch, while King was doing his press conference, and they met afterwards, exchanging pleasantries,” Joseph continued. “It was a moment captured by only a couple of photos, in mid-conversation, with Malcolm recorded as saying, ‘I’m throwing myself into the heart of the Civil Rights struggle.'”

This was the first and only time the two men met.

On Feb. 21, 1965, Malcolm X was assassinated in Manhattan, while about to give a speech. The impact of his death would be felt throughout the civil rights movement, but no less so on King.

“One of the surprising things is that we don’t discuss the way in which the person who is most radicalized by Malcolm’s assassination is Martin Luther King Jr.,” Joseph said. “On April 4, 1967, he breaks with President Lyndon Johnson with the Riverside Church speech in New York, where he says that the United States is the greatest purveyor of violence in the world. Malcolm had always talked about racial slavery and how racial slavery had shaped the present, and King talks about that much more after 1965.”

It is perhaps because they evolved and were willing to learn from each other that each man has remained as relevant today as in the 1960s. “Even with George Floyd and Black Lives Matter and the global protests, the only way to understand these movements is to understand Malcolm and Martin,” Joseph said. “[They] were talking about so much of these issues of police brutality and the criminal justice system, racial segregation and poverty and state-sanctioned violence.”

Joseph’s published books include “The Sword And the Shield: The Revolutionary Lives of Malcolm X and Martin Luther King Jr” (Basic Books, 2020) and “Waiting ‘Til the Midnight Hour: A Narrative History of Black Power in America” (Griffin, 2007).

This interview originally appeared in All About History issue 96.