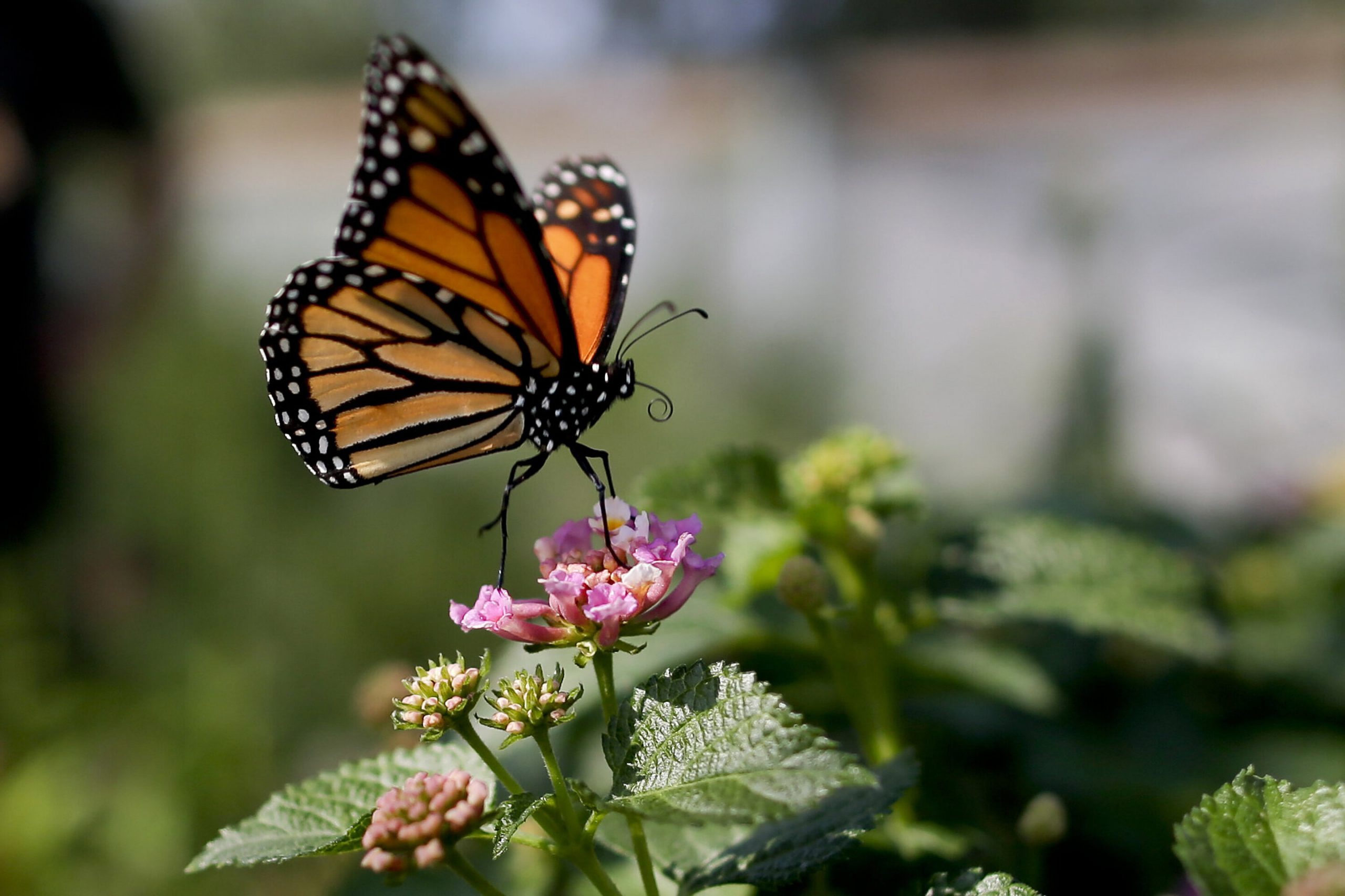 The number of western monarch butterflies wintering along the California coast has plummeted precipitously to a record low, putting the orange-and-black insects closer to extinction, researchers announced Tuesday.

An annual winter count by the Xerces Society recorded fewer than 2,000 butterflies, a massive decline from the tens of thousands tallied in recent years and the millions that clustered in trees from Northern California’s Marin County to San Diego County in the south in the 1980s.

Western monarch butterflies head south from the Pacific Northwest to California each winter, returning to the same places and even the same trees, where they cluster to keep warm. The monarchs generally arrive in California at the beginning of November and spread across the country once warmer weather arrives in March.

The Xerces Society, a nonprofit environmental organization that focuses on the conservation of invertebrates, recorded about 29,000 butterflies in its annual survey last winter. That was not much different than the tally the winter before, when an all-time low of 27,000 monarchs were counted.

But the count this year is dismal. At iconic monarch wintering sites in the city of Pacific Grove, volunteers didn’t see a single butterfly this winter. Other well-known locations, such as Pismo State Beach Monarch Butterfly Grove and Natural Bridges State Park, only hosted a few hundred butterflies, researchers said.

“These sites normally host thousands of butterflies, and their absence this year was heartbreaking for volunteers and visitors flocking to these locales hoping to catch a glimpse of the awe-inspiring clusters of monarch butterflies,” said Sarina Jepsen, director of endangered species at the Xerces Society.

Scientists say the butterflies are at critically low levels in western states because of destruction to their milkweed habitat along their migratory route as housing expands into their territory and use of pesticides and herbicides increases.

Researchers also have noted the effect of climate change. Along with farming, climate change is one of the main drivers of the monarch’s threatened extinction, disrupting an annual 3,000-mile (4,828-kilometer) migration synched to springtime and the blossoming of wildflowers. Massive wildfires throughout the U.S. West last year may have influenced their breeding and migration, researchers said.

A 2017 study by Washington State University researchers predicted that if the monarch population dropped below 30,000, the species would likely go extinct in the next few decades if nothing is done to save them.

Monarch butterflies lack state and federal legal protection to keep their habitat from being destroyed or degraded. In December, federal officials declared the monarch butterfly “a candidate” for threatened or endangered status but said no action would be taken for several years because of the many other species awaiting that designation.

The Xerces Society said it will keep pursuing protection for the monarch and work with a wide variety of partners “to implement science-based conservation actions urgently needed to help the iconic and beloved western monarch butterfly migration.”

People can help the colorful insects by planting early-blooming flowers and milkweed to fuel migrating monarchs on their paths to other states, the Xerces Society said.