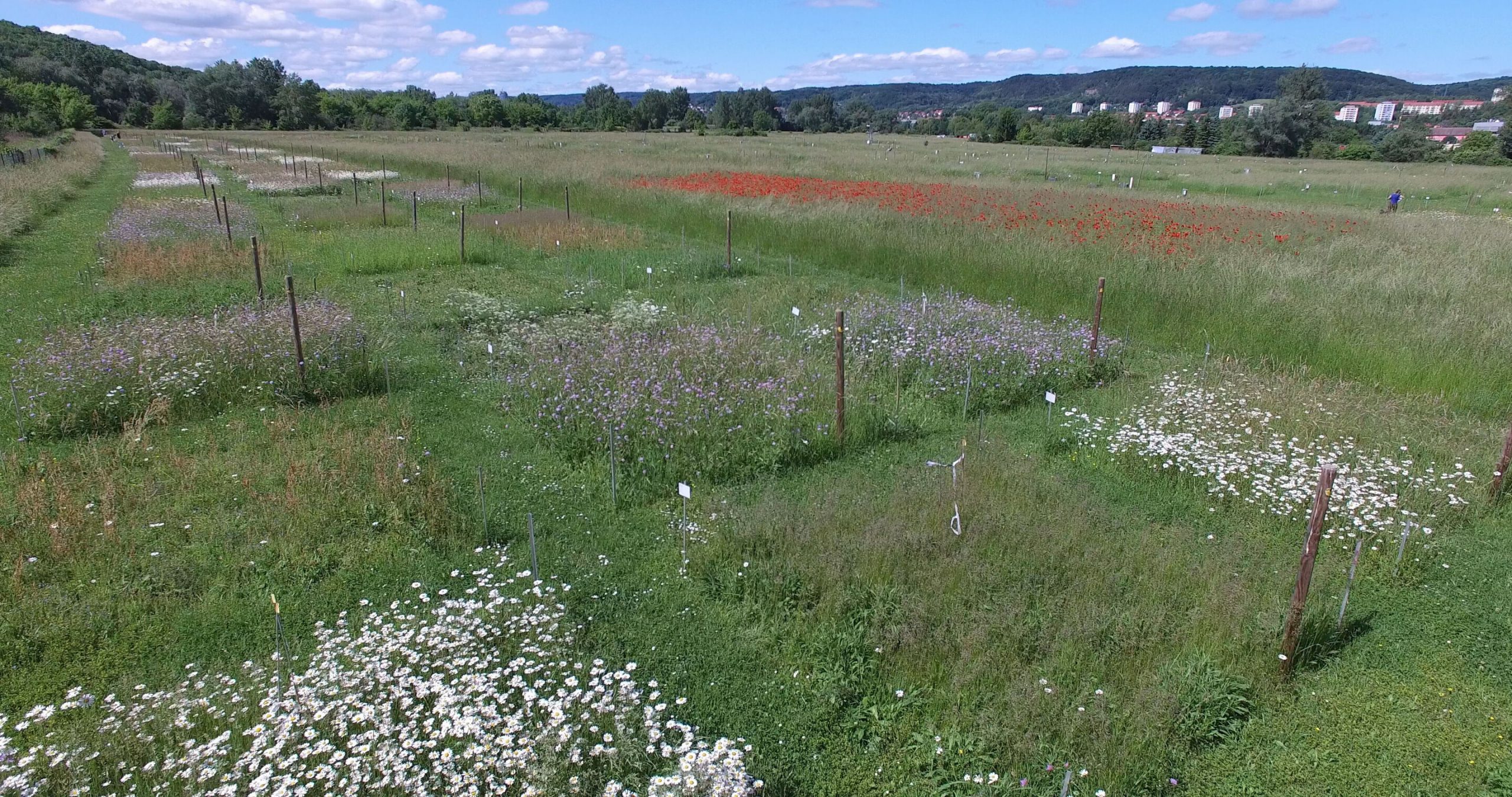 Increasing plant diversity enhances the natural control of insect herbivory in grasslands. Species-rich plant communities support natural predators and simultaneously provide less valuable food for herbivores. This was found by a team of researchers led by the German Center for Integrative Biodiversity Research (iDiv), who conducted two analogous experiments in Germany and the U.S. Their results were published in Science Advances and show that increasing plant biodiversity could help reduce pesticide inputs in agricultural systems by enhancing natural biological control.

Biodiversity, the biological diversity of all species on Earth, their interactions and the diverse ecosystems they form, is crucial for providing and maintaining ecosystem functions and services in planted and natural grasslands. With an increasing demand to feed the world’s growing population by intensifying agriculture, these grasslands are put under pressure, too. Insect herbivores are causing an estimated 18-26% loss in global crop production, which has driven significant growth in the use of environmentally costly pesticides.

To investigate whether and how increasing plant diversity can naturally reduce the impacts of herbivores on plants, an international team of researchers led by the German Center for Integrative Biodiversity Research (iDiv), Leipzig University (UL) and Friedrich Schiller University Jena (FSU) made use of two long-running grassland biodiversity experiments in Europe and North America: the Jena Experiment in Germany and the Cedar Creek Biodiversity Experiment in Minnesota (U.S.). Over the course of two years, the scientists collected data from these two analogous experiments, providing deep insight into the food web structure of monocultures and species-rich grasslands. “These two long-term experiments have generated invaluable insight, for both fundamental and applied research, that has brought to light the importance of maintaining biodiversity,” said senior author Nico Eisenhauer, professor at UL and head of a research group at iDiv as well as speaker of the Jena Experiment.

The researchers found that plants in more diverse communities lose significantly less energy to herbivorous insects. In high-diversity mixtures, the feeding rate of herbivores per gram of plant biomass was 44% lower than in monocultures. Thus, for every gram of plant biomass produced, plants lose just under half as much energy to arthropod herbivores when planted in species-rich communities. “That ultimately means that where multiple species are planted together, this will yield more plant biomass per square meter, and each individual plant in diverse mixtures will receive lower damage from herbivores,” said first author and iDiv alumnus Andrew Barnes, now senior lecturer at the University of Waikato in New Zealand.

In patches with higher plant diversity, arthropod herbivores have lower chances of encountering their preferred plant species—which makes it less likely that they will remain in these high-diversity patches. In addition, previous research had shown lower levels of tissue protein (nitrogen) in plant communities with high species richness, making these plants less nutritious for herbivores.

Although the total biomass of herbivores and predators both increased in species-rich grasslands, predators benefited more strongly from diverse plant communities: Compared to monocultures, they increased notably in both their total biomass and feeding rates. A possible explanation could be that arthropod predators such as spiders, some beetles or wasps benefit significantly from the more complex habitat of high-diversity plant communities, which reduces their risk of being detected and eaten by vertebrate predators such as birds and mammals.

By contrast, pest control that relies heavily on insecticides can lead to detrimental rebounds of herbivore pests as pesticide application may destabilize the communities of natural enemies. “Our experiments show that conserving plant diversity provides multiple benefits for controlling herbivore pests, which could play a key role in reducing inputs of agrochemicals and enhancing plant productivity,” said Andrew Barnes. Nico Eisenhauer added: “Ultimately, this study demonstrates that supporting biodiversity can leverage the sustainable management of ecosystems and the benefits to people.”