More than 100,000 new craters discovered on the moon 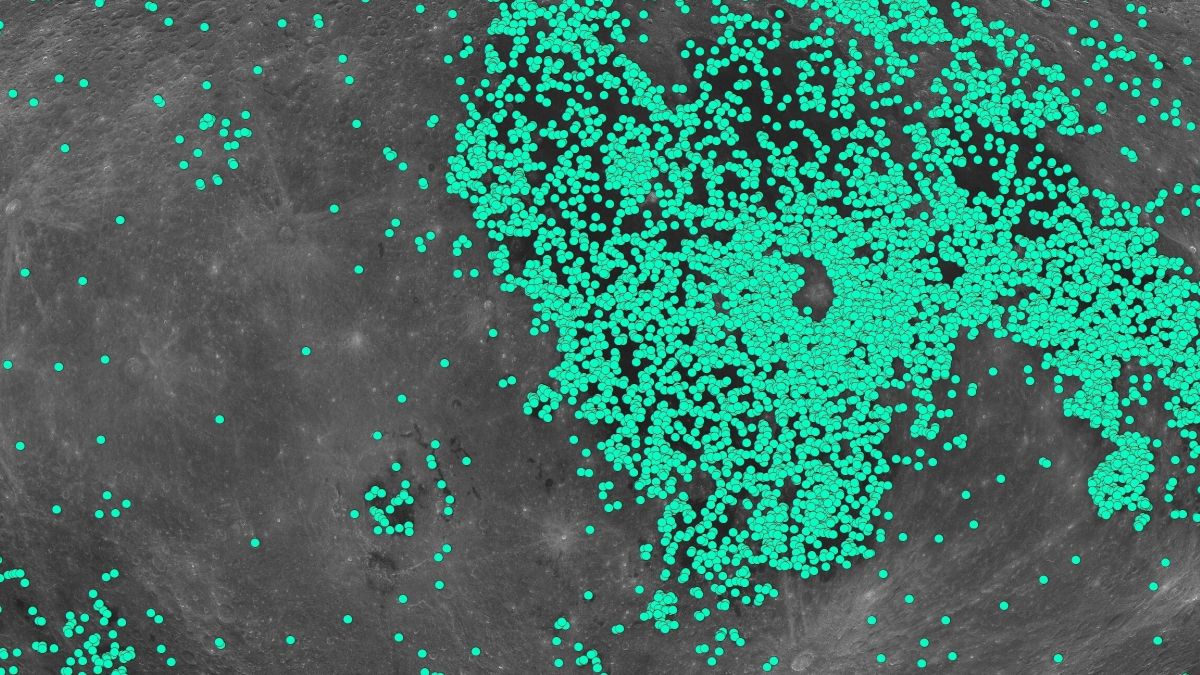 The moon has many more craters than we thought, a new study finds.

More than 109,000 new craters were discovered in the low- and mid-latitude regions of the moon using artificial intelligence (AI) that was fed data collected by Chinese lunar orbiters.

The number of craters recorded on the moon’s surface is now more than a dozen times larger than it was before. The findings were published Dec. 22 in the journal Nature Communications.

“It is the largest lunar crater database with automatic extraction for the mid- and low-latitude regions of the moon,” study lead author Chen Yang, an associate professor of Earth sciences at Jilin University in China, told Live Science in an email.

Related: China on the moon! A history of Chinese lunar missions in pictures

Impact craters, formed during meteor strikes, cover most of the moon’s surface.

Impact craters can be considered the lunar equivalent of “fossils,” that “record the history of the solar system,” Yang said.

Yet these “fossils” can vary dramatically in size and shape, and they can overlap and erode over time. This makes identifying and dating them extremely difficult and time-consuming. The process is also subjective, leading to inconsistencies among existing databases.

Yang and her team approached these issues with machine learning. They trained a deep neural network (where a computer uses layers of mathematical calculations that feed into each other) with data from thousands of previously identified craters and taught the algorithm to find new ones. The network was then applied to data collected by the Chang’e-1 and Chang’e-2 lunar orbiters, revealing 109,956 additional craters on the moon’s surface.

A substantial number of the craters identified in this study are classed as being “small” to “medium” in size, though from an Earthling’s perspective, they are still quite large, ranging from 0.6 miles to 60 miles (1 to 100 kilometers) in diameter. The craters’ relatively small size is likely why they weren’t detected before.

But the AI program also spotted much larger, irregularly-shaped craters that had eroded — some of those were up to 341 miles (550 km) in diameter.

The algorithm also estimated when almost 19,000 of the craters were formed based on their features, such as size and depth, and by assigning each to a geological time period. These craters spanned all five of the moon’s lunar geological periods, and some go back approximately 4 billion years.

The team hopes to improve their crater-spotting algorithm by feeding it data from the recently launched Chang’e 5 lander, which recently carried lunar samples back to Earth.

The researchers also want to adapt and apply their machine-learning approach to other bodies in the solar system, including planets such as Mars.

“This prediction will generally take minutes followed by a few hours of post-processing on standard computation hardware,” the researchers wrote in the study.