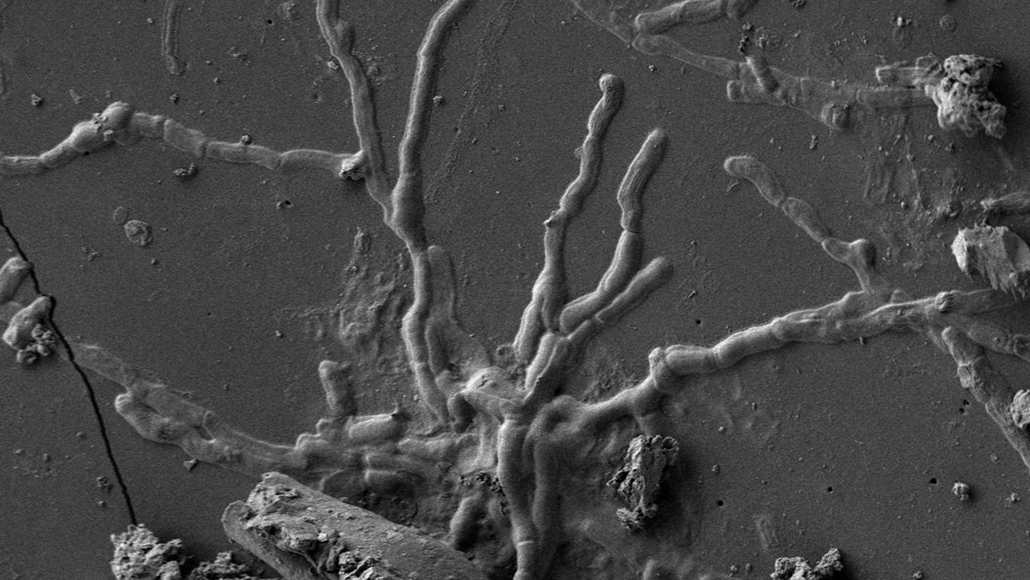 Nearly 2,000 years ago, a cloud of scorching ash from Mount Vesuvius buried a young man as he lay on a wooden bed. That burning ash quickly cooled, turning some of his brain to glass.

This confluence of events in A.D. 79 in the town of Herculaneum, which lay at the western base of the volcano, preserved the usually delicate neural tissue in a durable, glassy form. New scrutiny of this tissue has revealed signs of nerve cells with elaborate tendrils for sending and receiving messages, scientists report October 6 in PLOS ONE.

That the young man once possessed these nerve cells, or neurons, is no surprise; human brains are packed with roughly 86 billion neurons (SN: 8/7/19). But samples from ancient brains are sparse. Those that do exist have become a soaplike substance or mummified, says Pier Paolo Petrone, a biologist and forensic anthropologist at the University of Naples Federico II in Italy. But while studying the Herculaneum site, Petrone noticed something dark and shiny inside this man’s skull. He realized that those glassy, black fragments “had to be the remains of the brain.”

Petrone and colleagues used scanning electron microscopy to study glassy remains from both the man’s brain and spinal cord. The researchers saw tubular structures as well as cell bodies that were the right sizes and shapes to be neurons. In further analyses, the team found layers of tissue wrapped around tendrils in the brain tissue. This layering appears to be myelin, a fatty substance that speeds signals along nerve fibers.

The preserved tissue was “something really astonishing and incredible,” Petrone says, because the conversion of objects to glass, a process called vitrification, is relatively rare in nature. “This is the first ever discovery of ancient human brain remains vitrified by hot ash during a volcanic eruption.”