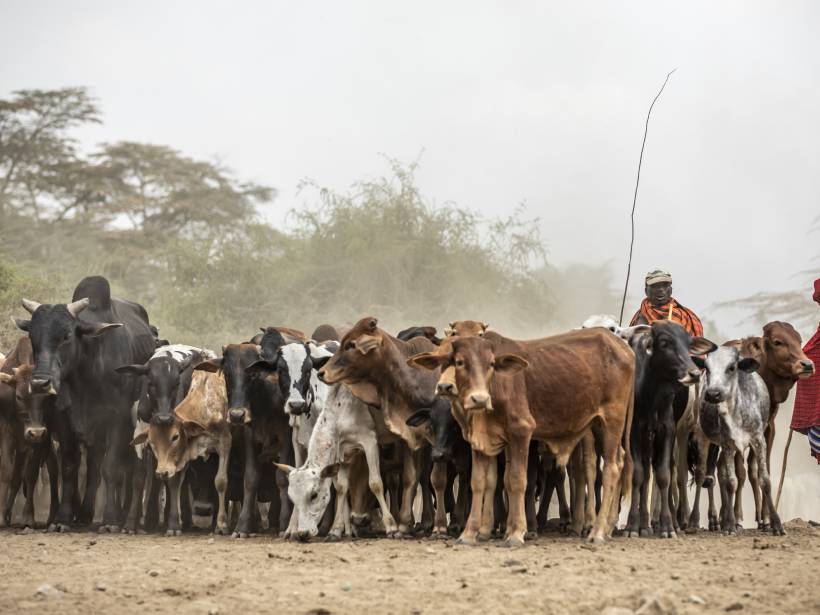 “Pastoralism is a dynamic and transformative livelihood linked to the diverse ecosystems, cultures, identities, traditional knowledge, [and the] historical experience of coexisting with nature.”

So concluded the Committee on Agriculture (COAG) of the United Nations (UN) Food and Agriculture Organization (FAO) in endorsing the Mongolian government’s proposal to declare 2026 as the International Year of Rangelands and Pastoralists (IYRP). The FAO defines pastoralism as “the use of extensive grazing on rangelands for livestock production” and identifies it as one of the key production systems in the world’s marginal agricultural lands.

“Pastoralism is an ancient way of life for many communities around the world, and it has evolved and supported environmental protection of rangeland landscapes and herders’ livelihoods,” said Munkhnasan Nasaa, a pasture plant welfare and restoration specialist with Mongolia’s Ministry of Food, Agriculture and Light Industry. In Mongolia, he said, such “livestock husbandry is the most significant [agricultural] subsector,” with more than 76% of the country’s territory used as pastureland. It directly employs 35% of the country’s total workforce and contributes to income generation for half the population.

“The global push for the recognition of [an] International Year of Rangelands and Pastoralists has been there for many years,” said Engin Yilmaz, director of the Yolda Initiative, a conservation organization based in Turkey. The Yolda Initiative is one of 27 nongovernmental organizations that have formally extended support to Mongolia’s IYRP proposal.

The UN designation could “be used as a tool to increase recognition of the benefits of pastoralism in terms of biodiversity, climate change, and rural economies.”

“The needs [for IYRP] at a global level were obvious—it can be used as a tool to increase recognition of the benefits of pastoralism in terms of biodiversity, climate change, and rural economies,” Yilmaz explained.

For instance, Yilmaz said, grasslands have resilient carbon sequestration capacities and “have been governed and sustainably managed for centuries by pastoralists.” Traditional nomadic pastoralism holds immense value to biodiversity with functions like seed dispersal and nutrient cycling. Through mobility and the use of grazing reserves and fire, pastoralists are often responsible for conserving wildlife habitats. Pastoralists are credited with preventing wildfires by reducing biomass.

The FAO has previously recognized pastoralism as one of the world’s most sustainable methods of food production. Many pastoralists raise livestock breeds adapted to local climate and environmental conditions, relying less on such production inputs as antibiotics or imported feed. Innovative pastoralism “can also help countries make good use of all biomes for boosting production while effectively managing natural and genetic resources.”

At the meeting, COAG acknowledged that efforts aimed at achieving sustainable rangelands need to be “rapidly upscaled” to make significant impacts in the realization of the UN’s Sustainable Development Goals (SDGs). In fact, a report by the Coalition of European Lobbies for Eastern African Pastoralism notes how “tailored interventions” from local, regional, and international organizations are crucial to the achievement of SDGs like “No Poverty,” “Zero Hunger,” “Climate Action,” and “Life on Land.” Interventions supported by the FAO include providing pastoralists in need with access to feed, veterinary care, technology, and improved approaches to markets. A specific example is Kenya’s Predictive Livestock Early Warning System, which evaluates crises and may provide tools to prevent or mitigate harm to animal and human health.

With IYRP, “we hope to increase the interest of states, local administrations, international organizations, and the public in pastoral issues,” Yilmaz said. The designation would recognize the “rights of pastoral communities worldwide who have been marginalized” and are among the most vulnerable to climate change.

In the Thar Desert of India, for example, pastoral communities “are under stress and forced to reduce their livestock or completely abandon the practice,” said Aastha Maggu and Nityanand Rai, program managers with the Desert Resource Centre. The center focuses on strengthening traditional pastoral and agropastoral livelihood avenues in the state of Rajasthan. They noted that rangelands on which livestock used to graze have shrunk and that arranging forage for livestock has become arduous for smallholder farmers and pastoralists. “The IYRP would serve as a great opportunity to meaningfully engage and collectively address the gaps” in rights and representation, Maggu and Rai added.

A major threat to pastoral communities is increasingly erratic climate patterns. Nasaa, with the Mongolian government, explained that frequencies of drought and dzud (severe winters leading to high livestock mortality) have increased and become more difficult to predict. This has affected both local livelihoods and the national economy.

In addition to recognizing the rights of pastoralists, the IYRP would increase support for rangeland monitoring and participatory approaches to data collection on pastoral communities. The initiative also calls on the FAO to secure pastoralists’ traditional mobility (including transborder migration) and Indigenous Knowledges databases. Finally, the designation would call on UN member nations to invest in strategies to strengthen pastoralists’ “governance, land management, inclusive development, health, access to services and markets, and climate change mitigation and adaptation.”

The IYRP proposal will be placed before a meeting of the FAO in December and the FAO conference in June 2021 and then be recommended for the UN General Assembly’s official designation.

Editor’s Note: The author is currently pursuing a fellowship with the Urmul Network, which also supports the Desert Resource Centre mentioned in this article.