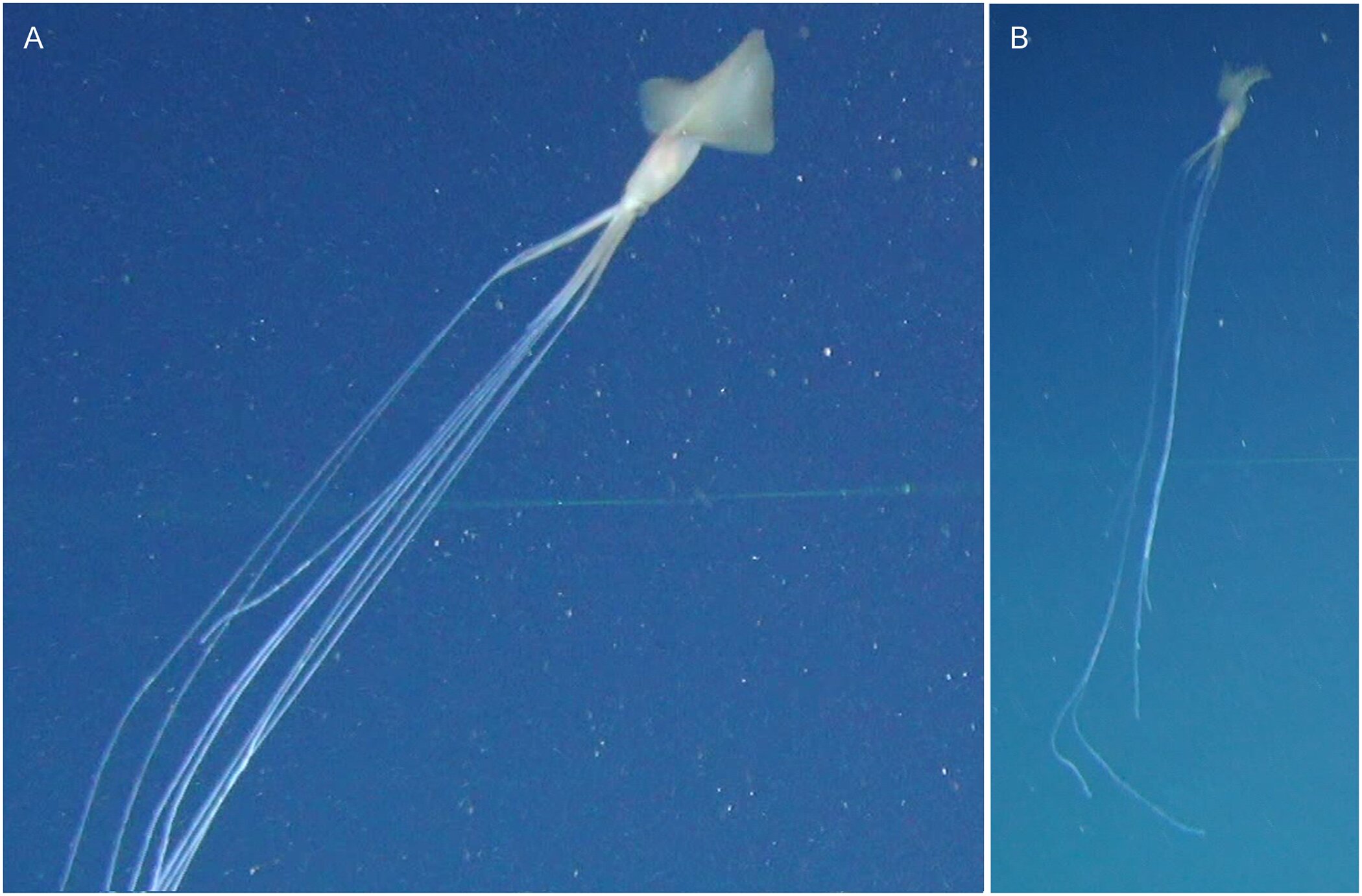 A team of researchers from the CSIRO Energy, Commonwealth Scientific and Industrial Research Organization and Museums Victoria has documented multiple sightings of bigfin squid in the depths of the Great Australian Bight. In their paper published in PLOS ONE, the group describes their study of the unique creatures and what they learned about them.

Bigfin squid live deep in the ocean and are noteworthy for several reasons. The first is that they are rarely seen in the wild—researchers have documented just 12 sightings. They also have unique fins that jut out from the side of the head at an angle that resembles Dumbo’s ears—and they serve the same purpose, though in the water instead of the air. They also have long tentacles that are multiple times longer than their bodies. And they live thousands of meters deep in the ocean.

Because of their remoteness, little is known about the bigfin squid other than their general physical attributes. This sighting is the first in the Great Australian Bight (the huge open bay on the country’s southern coast). Additionally, this is the first time the squid has been observed in a group of sorts. Though hundreds of meters apart, they were apparently sharing parts of the ocean. Squid are typically loners.

Another first was taking laser measurements of one specimen: a bigfin squid with a body (mantle) that was 15 centimeters long. More impressive were its tentacles, which were measured at 1.8 meters. All previous measurements of bigfin squid had been estimates based on background information such as other fish in the vicinity.

The researchers found the squid while they were conducting underwater surveys in the Bight. When they came across the first specimen, they deployed further tools to get a better look. They used both remotely operated underwater vehicles and towed cameras. In all, they carried out over 40 hours of underwater observations at depths ranging from 950 to 2400 meters below the surface—and wound up getting footage of five of the rare squid.

Did a shark clash with large squid and live to tell the tale?