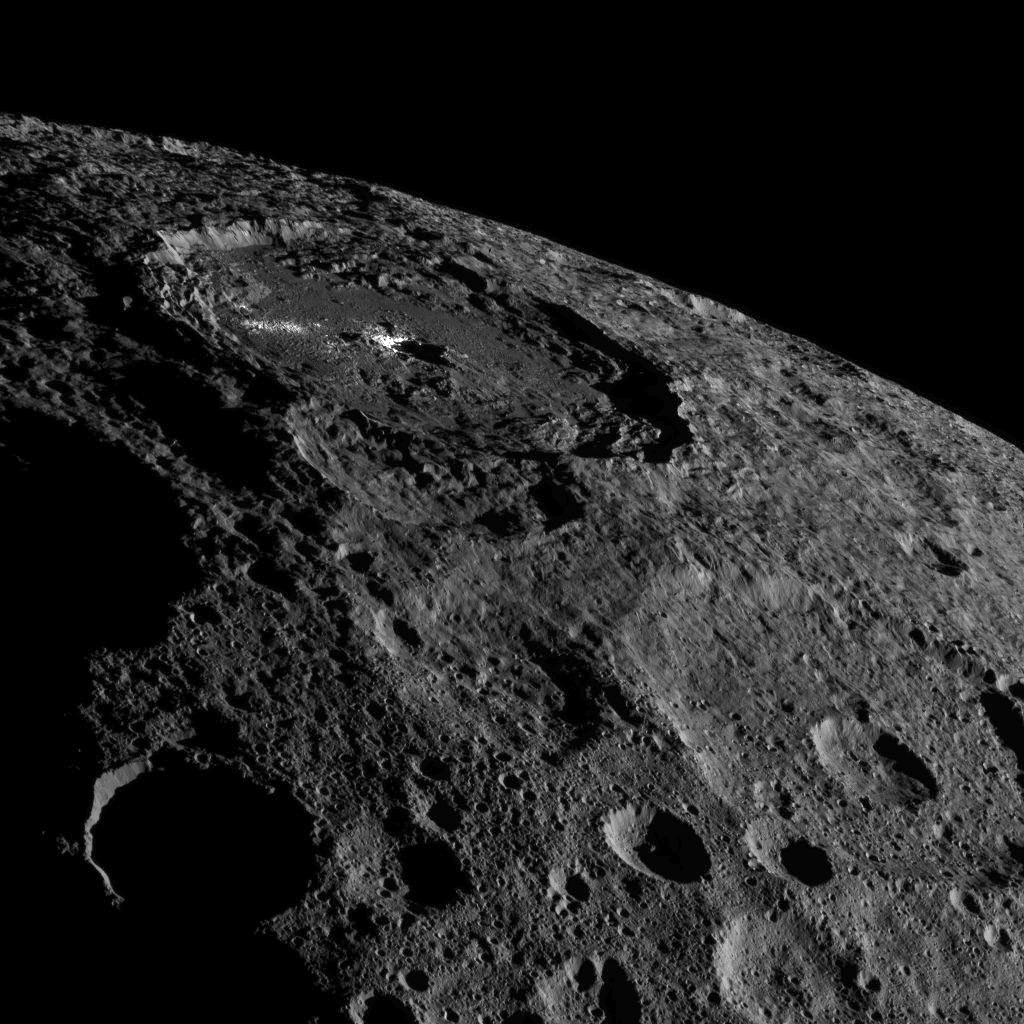 There’s a giant asteroid somewhere out in the solar system, and it hurled a big rock at Earth.

The evidence for this mystery space rock comes from a diamond-studded meteor that exploded over Sudan in 2008.

NASA had spotted the 9-ton (8,200 kilograms), 13-foot (4 meters) meteor heading toward the planet well before impact, and researchers showed up in the Sudanese desert to collect an unusually rich haul of remains. Now, a new study of one of those meteorites suggests that the meteor may have broken off of a giant asteroid — one more or less the size of the dwarf planet Ceres, the largest object in the asteroid belt.

Related: 6 reasons astrobiologists are holding out hope for life on Mars

Like about 4.6% of meteorites on Earth, this one — known as Almahata Sitta (AhS) — is made of a material known as carbonaceous chondrite. These black rocks contain organic compounds as well as a variety of minerals and water.

The mineral makeup of these space rocks   offers clues about the “parent asteroid” that birthed a given meteor, researchers said in a statement.

“Some of these meteorites are dominated by minerals providing evidence for exposure to water at low temperatures and pressures,” study co-author Vicky Hamilton, a planetary geologist at the Southwest Research Institute in Boulder, Colorado, said in the statement. “The composition of other meteorites points to heating in the absence of water.”

The team analyzed a teensy 0.0018-ounce (50 milligrams) sample of AhS under a microscope and found it had a unique mineral makeup.

The meteorite harbored an unusual suite of minerals that form at “intermediate” temperatures and pressures (higher than what you’d find in a typical asteroid, but lower than the inside of a planet). One mineral in particular, amphibole also requires prolonged exposure to water to develop.

Amphibole is common enough on Earth, but it’s only appeared once before in trace amounts in a meteorite known as Allende — the largest carbonaceous chondrite ever found, which fell in Chihuahua, Mexico, in 1969

The high amphibole content of AhS suggests the fragment broke off a parent asteroid that’s never left meteorites on Earth before.

And samples brought back from the asteroids Ryugu and Bennu by Japan’s Hayabusa2 and NASA’s OSIRIS-REx probes, respectively, will likely reveal more space rock minerals that rarely turn up in meteorites, the researchers wrote in their study.

Maybe some types of carbonaceous chondrite just don’t survive the plunge through the atmosphere as well, Hamilton said, and that’s kept scientists from studying a flavor of chondrite that might be more common in space.

“We think that there are more carbonaceous chondrite materials in the solar system than are represented by our collections of meteorites,” she said.

The paper was published Dec. 21 in the journal Nature Astronomy.