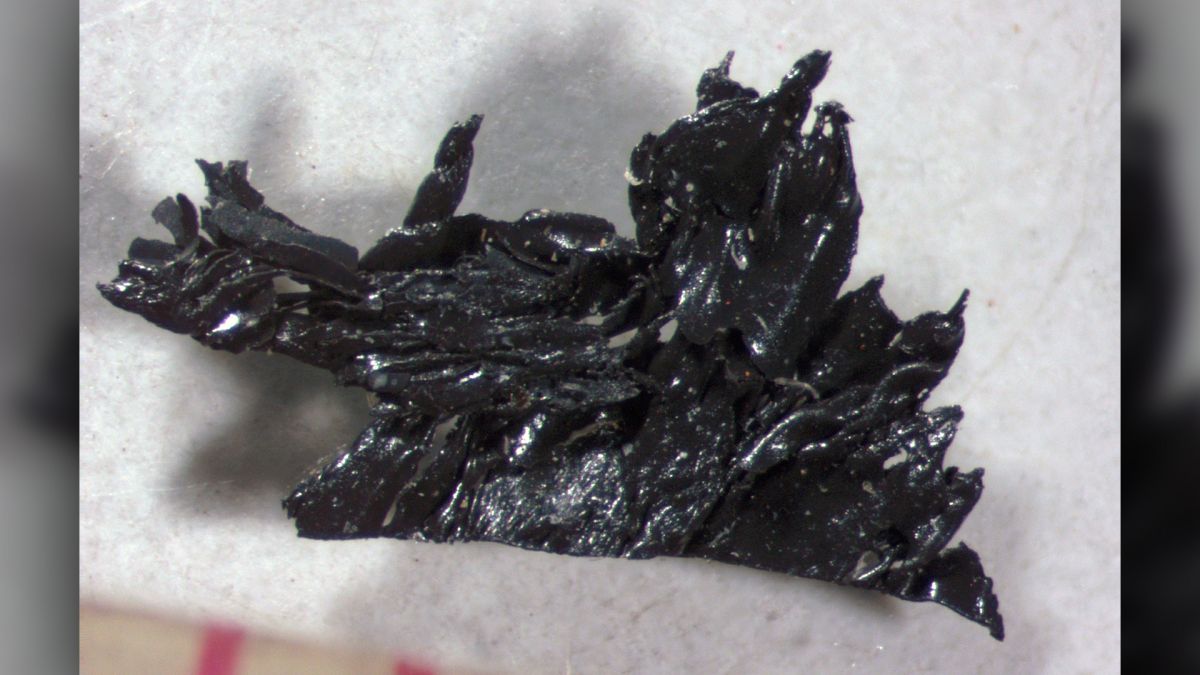 As a polar explorer lay frostbitten and starving in a frozen Greenland cave, he smeared a black spot onto the bottom of his last journal entry. More than a century later, that dark smudge has revealed grim new details of the dying man’s final hours.

His name was Jørgen Brønlund; he was a Greenland-born Inuit and was part of a three-man team on the Denmark Expedition to Greenland’s Northeast Coast, conducted from 1906 to 1908 and led by Danish ethnologist Ludvig Mylius-Erichsen. Brønlund died in November 1907 and was the last of the team to perish — and the only one whose body was ever recovered.

He recorded his final thoughts in a diary, and the last page included a heavy black smudge. Researchers recently conducted extensive analysis of the spot, finding that it contained burnt rubber, oils and feces. These traces hint at Brønlund’s desperate and unsuccessful attempts to light a life-saving petroleum burner before he succumbed to cold and hunger, scientists wrote in a new study.

Brønlund died during the team’s return to base camp from Greenland’s northern coast, as they were traveling over inland ice. Mylius-Erichsen and Niels Peter Høeg Hagen, the expedition’s cartographer, had already died of exposure and exhaustion by the time Brønlund made it to a sheltering cave near the depot, he wrote in his journal.

“I reached this place under a waning moon, and cannot go on, because of my frozen feet and the darkness. The bodies of the others are in the middle of the fjord,” read the diary’s bleak final entry, according to a report published in 1908 in Scottish Geographical Magazine. Another expedition had discovered Brønlund’s body and journal in March 1908; they buried him at the site of his death, and the diary was added to the collection at the Royal Library in Copenhagen.

Under Brønlund’s signature on that last diary page was “an adhered black spot,” according to the new study. The mysterious mark was so intriguing that it prompted an unnamed researcher to surreptitiously remove it for analysis in 1993 without prior permission, said lead study author Kaare Lund Rasmussen, a professor in the Department of Physics, Chemistry and Pharmacy at the University of Southern Denmark.

“The spot was immediately brought to the National Museum [of Denmark] for examination. There was no commercial or otherwise gain for this person,” Rasmussen told Live Science in an email. “Nowadays, we do not analyze samples without written authorization, but it was entirely different then.”

At the time, experts with the National Museum’s Natural Science Unit were unable to determine the chemical makeup of the strange spot. For the new study, scientists reexamined the spot using techniques that didn’t exist in the 1990s — such as X-ray fluorescence (XRF) and inductively coupled plasma mass spectrometry (ICP-MS) — to analyze the mark at the atomic level and pinpoint its chemical elements.

Along with carbon in the charred fragment, the researchers discovered calcium, titanium and zinc. But that trio of signatures didn’t match any known rock formations in northeastern Greenland, Rasmussen said. Further analysis of the spot solved the puzzle, identifying the minerals calcite, rutile and zincite, which contained those elements. These minerals were used as fillers in rubber production, suggesting that the diary spot included burnt rubber. That likely came from a charred gasket on a kerosene stove or burner that Brønlund was trying to light, according to the study.

The researchers also detected three groups of organic compounds: lipids — such as vegetable oil, animal fat, and fish or whale oil — petroleum and human fecal matter (in his severely weakened and desperate state, Brønlund may have tried burning his own excrement to get the stove to light).

“At this time, Brønlund had starved for weeks, was tired beyond his capacity, and he was freezing,” the scientists wrote. “It is likely that his hands were shaking when he used the matches from the depot to pre-heat and turn on the stove in the small cave.”

Such stoves metabolized alcohol for preheating before they could be lit, and there was none in the depot. Brønlund may have left the mark on his diary page after attempting — and probably failing — to preheat the stove with anything he could find, and the presence of feces in the mark speaks to the dire circumstances and poor conditions during his “last dismal days,” the study authors reported.

The findings were published online Nov. 16 in the journal Archaeometry.