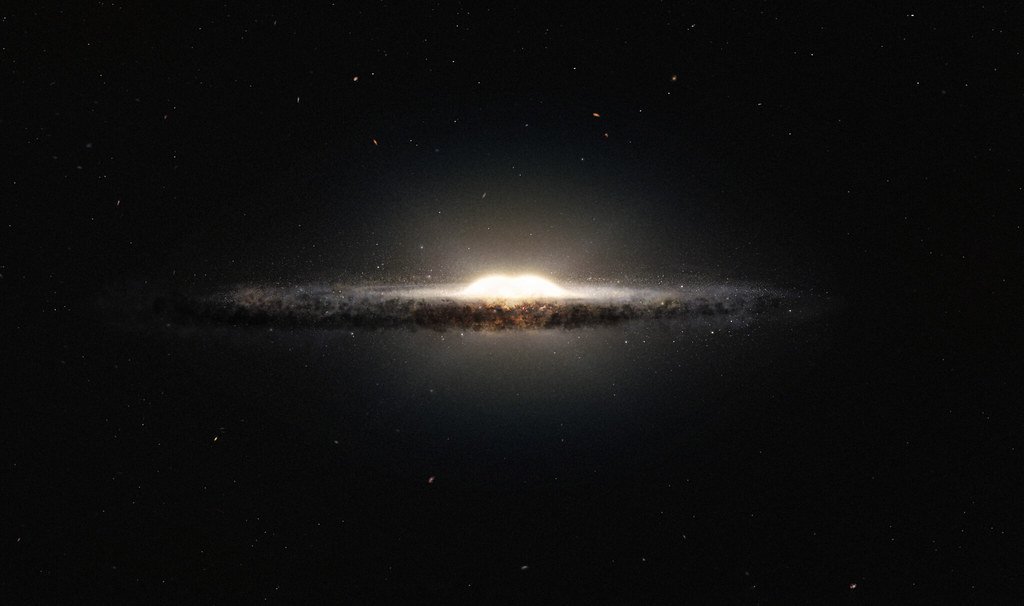 The center of the Milky Way galaxy is full of high-energy events that lead to the expulsion of gas away from the center in the form of galactic wind. These winds contain hot, warm, and cool gases. Recently, an international team of scientists observed mysterious gas clouds flying ‘like bullets’ away from the galaxy’s center, using the Atacama Pathfinder Experiment, a radio telescope in Chile.

The researchers found that these winds are dense, have a high velocity, and are much colder than previously observed gases in the galaxy’s wind. This gas’s ejection has no concrete cause making it a complete mystery. For lighter gases move fast and reach out of the galaxy but this gas is heavier, so it is strange that it is moving so quickly. Previous studies have shown clouds can’t survive this kind of ejection out of the core. Many gases in space are very hot and contain either atoms or ions, which are lighter than whole molecules but this very cold gas contains molecules such as carbon monoxide.

Scientists think this could be connected to the future of our galaxy. This discovery could be a hint that the Milky Way is changing and in a few years, many new observations can be expected. The star formation in the entire galaxy might also change if this gas is found to be common. This new finding has raised many questions regarding the activities currently going on within our galaxy. Several other ongoing studies about the Milky Way suggest there is a lot more to learn about the types of gases produced and expelled by the galaxy.

Most of the processes happening within the galactic wind can be explained by studying the core of the galaxy. For the last ten years, there has been a good deal of debate over this nuclear wind at the Milky Way’s center. The debate began when Fermi Bubbles were discovered. Fermi Bubbles are two giant balls of powerful gamma rays present above and below the galactic center. These bubbles are far too hot for star formation, so it is surprising that cold gas clouds are found near them.

Scientists are wondering if this energy outburst is from the black hole at the galaxy’s center. This is because recent data show the huge black hole at the center of the galaxy is currently not at that level of activity which may contribute towards ejection of this type of gas and there’s no high activity level within the massive stars at the center as well. It is unusual for these kinds of fast-moving cold gas clouds to exist in an inactive galaxy center.

Several phenomena are being investigated to get a hold of the reason behind this finding. But the missing piece about the source of these cold gas clouds in the Milky Way’s center remains a mystery. This kind of observation is a first of its type in the history of our galaxy, as quoted by the researchers. Similar processes happen in other galaxies too but those external galaxies have much more massive black holes and a higher rate of star formation activity. As a result, it is easier for these galaxies to expel material. Scientists are working to understand all possible reasons for the occurrence of these cold gas clouds, but the problem seems to become more complicated with every new step toward understanding it.

1311200cookie-checkMysterious gas found near Milky Way’s center A cold, dense, and high-velocity gas has been detected near the center of our galaxy. Scientists are puzzled by its presence as neither Sagittarius A* is currently active nor a star is under formation.yes