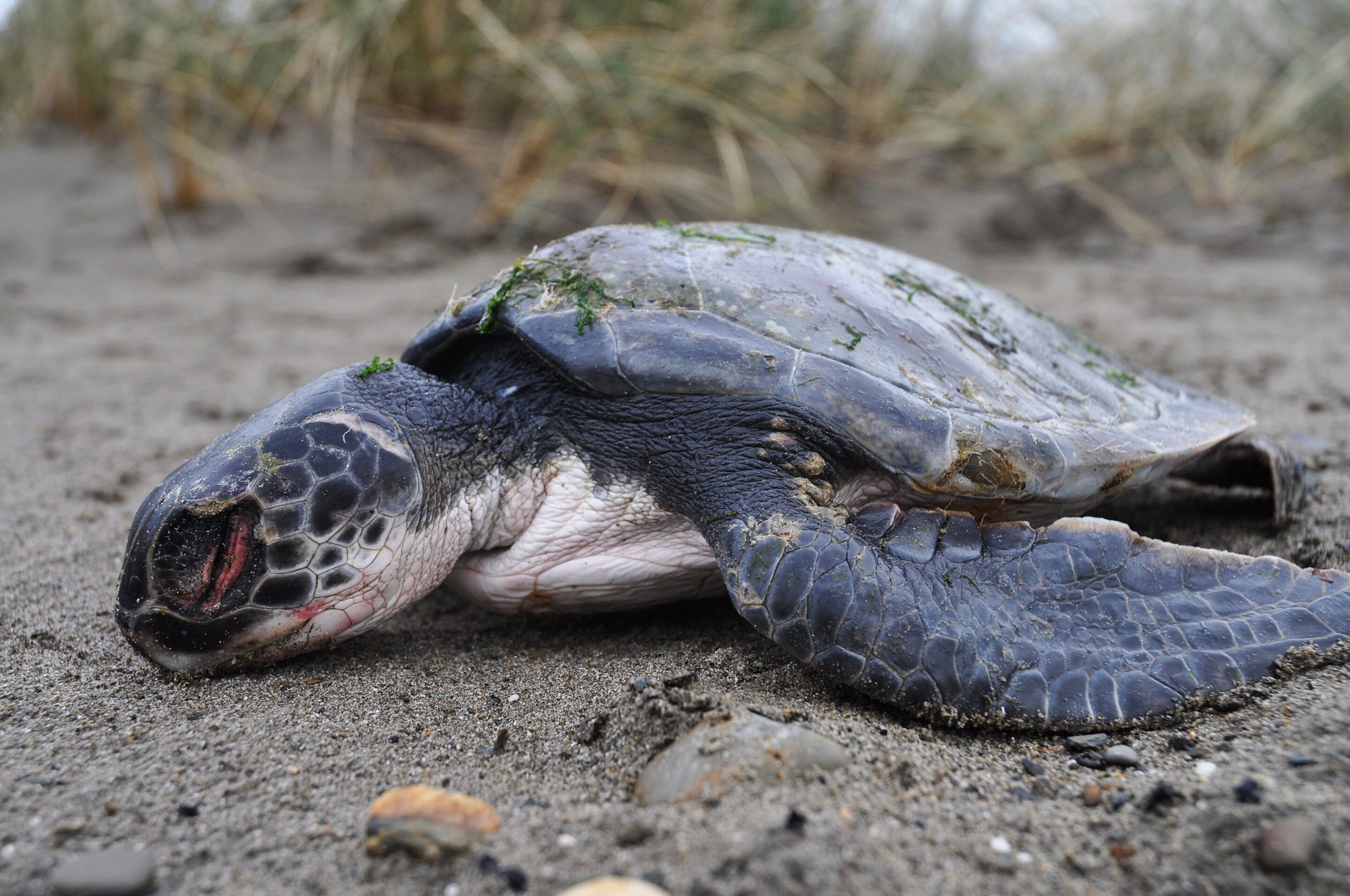 The number of sea turtles spotted along the coasts of the UK and Ireland has declined in recent years, researchers say.

University of Exeter scientists studied records going back more than a century (1910-2018) and found almost 2,000 sea turtles had been sighted, stranded or captured.Recorded sightings increased dramatically in the 1980s and 1990s—possibly due to more public interest in conservation, and better reporting schemes.Numbers have dropped since 2000, but the reasons for this are unclear.

“Lots of factors could affect the changing of numbers of sea turtles sighted,” said Zara Botterell, of the University of Exeter and Plymouth Marine Laboratory. “Climate change, prey availability and environmental disasters such as the 2010 Deepwater Horizon oil spill could all influence turtle numbers and behaviour.

“However, sea turtle populations in the North Atlantic are largely stable or increasing, and the apparent decrease may represent reduced reporting rather than fewer turtles in our seas.One reason for this could be that fewer fishing boats are at sea now than in the past—and fishers are the most likely people to see and report turtles.”

The most common turtles spotted off the UK and Ireland are leatherbacks—making up 1,683 of the 1,997 sightings since 1910.Leatherbacks are thought to be the only sea turtle species that “intentionally” visits these waters, with adults arriving in summer in search of their jellyfish prey.

Meanwhile, juvenile loggerheads (240 since 1910) and Kemp’s ridley turtles (61) are more often spotted in winter—likely carried on currents and finding themselves stranded in cold waters.

There are seven sea turtle species in total, and the others are much rarer in UK and Irish waters.Only 11 green turtle sightings were found in the records (all from 1980 to 2016), while just one hawksbill (Cork, Ireland in 1983) and one olive ridley (Anglesey, Wales in 2016) have been recorded.The only species never recorded in UK or Irish waters is the flatback, which is only found around Northern Australia, Southern Indonesia and Southern Papua New Guinea.

Most of the recorded sightings of turtles in the UK and Ireland were along western and southern coasts.Of the 1,997 turtles sighted, 143 were “bycatch” (caught accidentally) in fishing lines, nets and ropes—and the large majority of these were released alive.

The research team thanked the many members of the public who have reported turtle sightings and strandings, and noted the “pivotal role” of the UK Cetacean Strandings Investigation Programme (CSIP) and Scottish Marine Animal Stranding Scheme (SMASS), funded by UK governments.

“We have been lucky to analyse this unique dataset that exists because Britain and Ireland are a real hotbed of engaged citizen science, where members of the public report their sightings in schemes supported by conservation charities and government bodies,” said Professor Brendan Godley, who leads the Exeter Marine research group.

The paper, published in the Journal of the Marine Biological Association of the United Kingdom, is entitled: “Long-term insights into marine turtle sightings, strandings and captures around the UK and Ireland (1910-2018).”