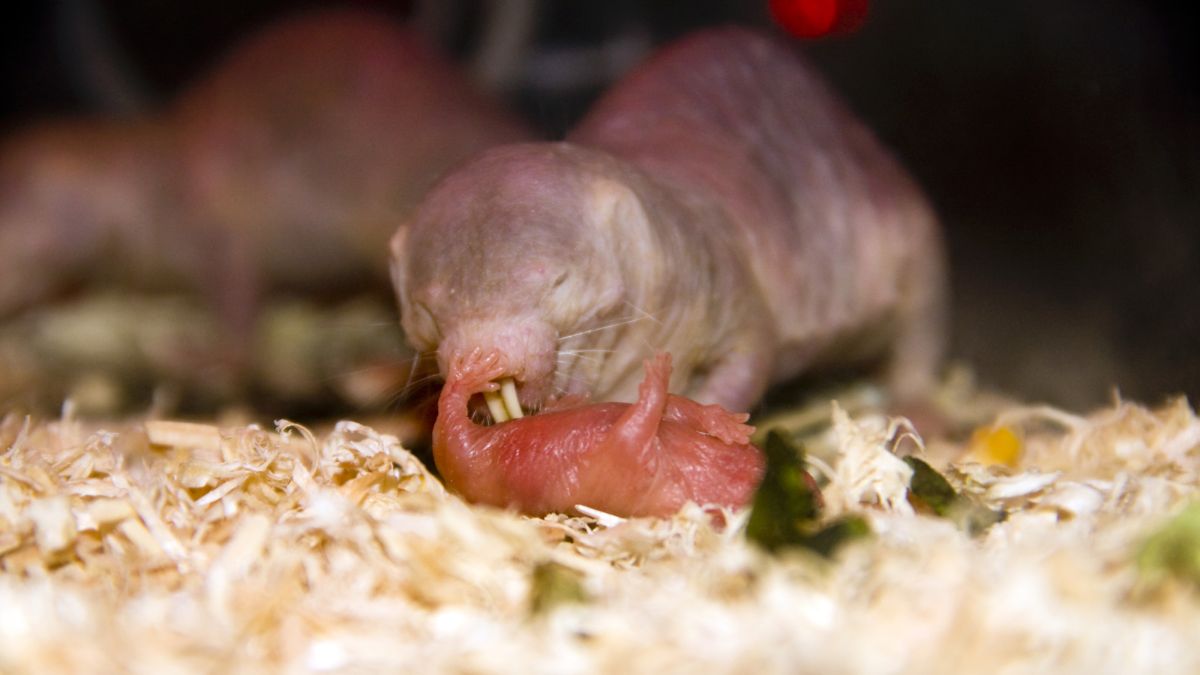 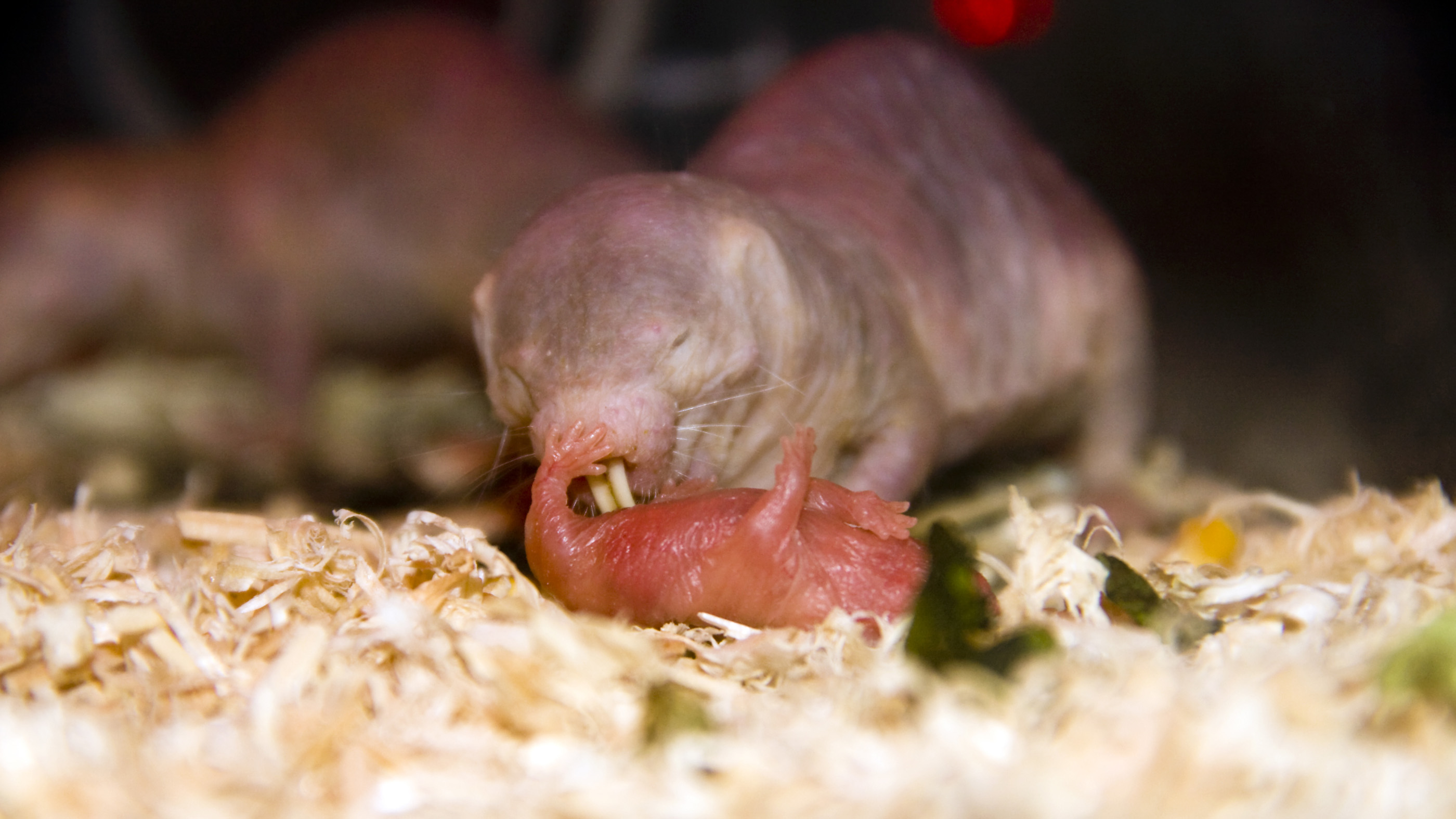 Naked mole rats are beloved for having some of the strangest mammalian superpowers. They can resist cancers, defy the usual mammalian aging process, survive almost 20 minutes without oxygen, and tolerate surprisingly high levels of pain.

But it turns out these highly social freaks of nature have a nasty little secret that makes them more supervillain than superhero. Naked mole rats (Heterocephalus glaber) kidnap each other’s babies and turn them into slaves.

While naked mole rats themselves are small, up to 10 cm (4 inches) in length, they have massive colonies made up of highly co-operative individuals. These can have up to a staggering 300 workers – the largest known colonies among mammals – within which most individuals are sterile, just like in ants or bee colonies.

In fact, these bucktoothed shriveled skin sacks seem to be doing their darndest to live like insects.

Only one queen gets to reproduce, and she claims her throne through a murderous battle for dominance. She can give birth to up to 30 pups per litter and convinces subordinate female subjects to babysit by feeding them her hormone laced poop.

For a while, inbreeding was thought to play a role in the staggering size of naked mole rat colonies, based on results from early collections of the species. But this has since been shown unlikely.

In the early 1990s researchers caught and released naked mole rats to track them for a long-term field study in Kenya. They found 26 colonies expanded their burrows into neighboring colonies. Individuals from 13 of the invaded colonies were never seen again.

A year after checking one of these colonies, they found two pups in an invading colony looked to have been from an invaded colony, but the team couldn’t be sure it wasn’t just a mistake.

“We just didn’t have the tools to make sure that I hadn’t totally screwed up,” evolutionary biologist Stan Braude from Washington University told New Scientist. But genetic analysis of the tissues they collected has now confirmed what they witnessed.

“The pups kidnapped by colony QQ became non-reproductive workers,” the team wrote in their paper, “hence their life effort would be categorized as slavery, in the same sense as slave-making ants.”

Naked mole rat kidnapping behavior had previously been witnessed in the unnatural conditions of a laboratory, but this is the first time it’s been confirmed in the wild.

While kidnapping also occurs in some primate species, the team notes this behavior is more like that seen in slave-making ants, such as Formica sanguinea. These insects hijack larvae and pupae of other species and raise them as part of their workforce.

This evolutionary phenomenon – where evolutionary pressure creates the same physical or behavioral features in entirely non-related species – is known as convergent evolution.

Pup snatching would certainly add to the mole-power required to find scarce resources in their harsh arid environment and help them construct their elaborate underground homes that can stretch for kilometers in cumulative tunnel length.

So much of their bizarre physiology helps with excavation, like jaw muscles that make a quarter of their mass and teeth that jut out over closed lips to keep them from swallowing dirt.

“The low probability of documenting this phenomenon with our mark-recapture methods, raises the possibility that this behavior is far more common and may be a significant driver of sociality, and extreme large colony size, in naked mole-rats,” Braude and colleagues explain.

If this is the case, the team believes fierce aggression between naked mole rat colonies may be driving the evolution of large group sizes, and slavery allows expanding colonies to increase their competitive advantage over neighbors.

However, that is still very much speculation at this point; they only found two stolen pups, after all. Braude and colleagues hope that new tracking technologies, like implantable transponders, will help sort out just how supervillainous these poop-eating freaklings are.

This research was published in the Journal of Zoology.