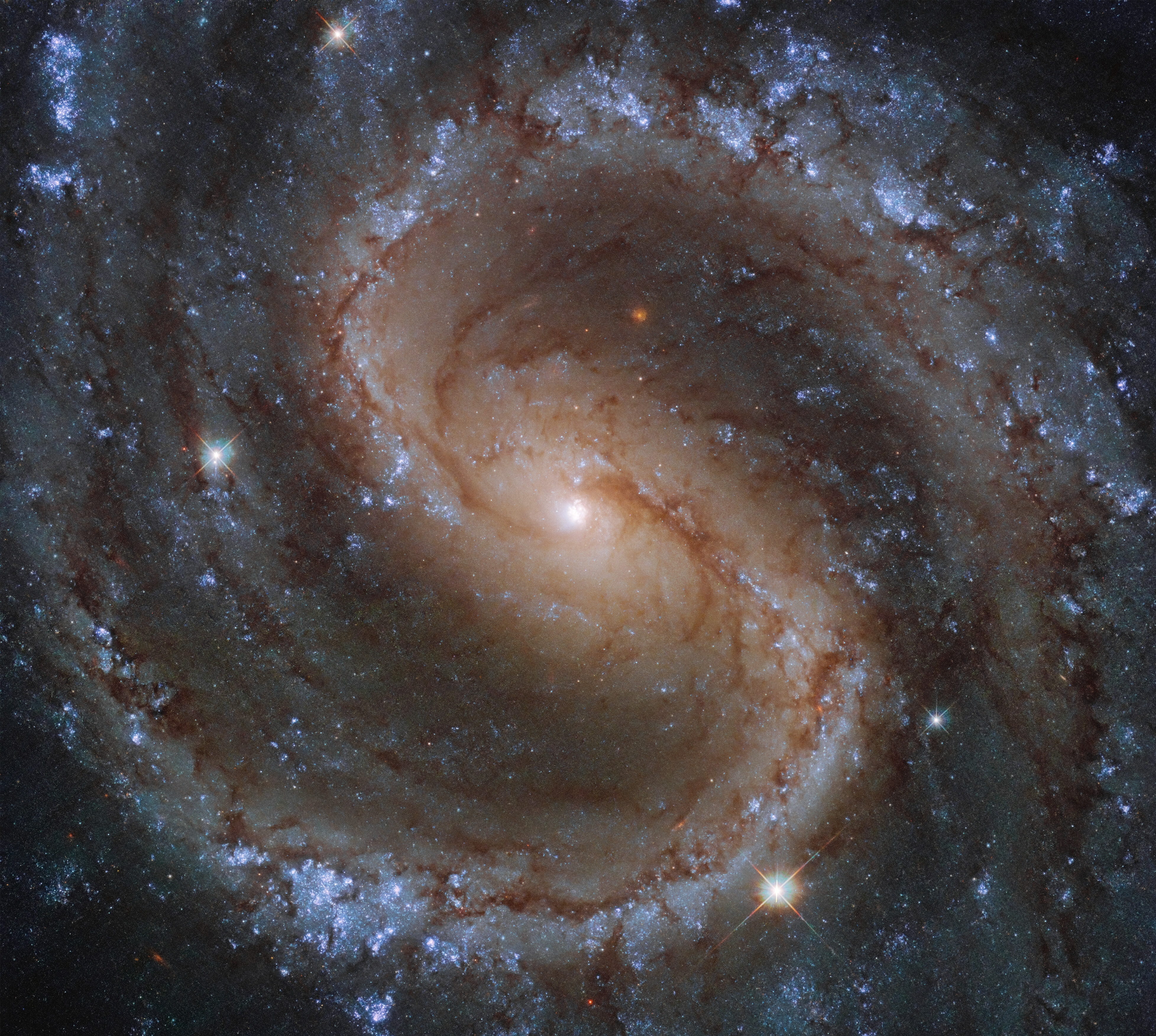 In the 1950s, when amateur astronomer Leland S. Copeland first fixed his telescope lens on a distant galaxy in the Virgo constellation, he saw an eerie spiral shrouded in dust. Copeland — who was a professional poet fond of writing about the cosmos — dubbed the spiral “The Lost Galaxy,” a name that has stuck some 70 years later.

Less-poetic scientists know this galaxy as NGC 4535, one of the largest of the 2,000-or-so galaxies in the Virgo Cluster located about 50 million light-years from Earth. When viewed through NASA’s Hubble Space Telescope, which captured the stunning image above, the haze that clouded Copeland’s Lost Galaxy vanishes to reveal a vibrant sea of stars not so different from the Milky Way.

Like our home galaxy, The Lost Galaxy is a barred spiral galaxy: a vast swirl of stars with a distinct bar structure at its center. According to NASA, the colors of those stars can tell us a bit about the galaxy’s history.

The yellowish glow of the galaxy’s central bulge points the way to The Lost Galaxy’s oldest, coldest retinue of stars, NASA representatives wrote in a statement; meanwhile, bright blue clouds clustered together in the galaxy’s spiral arms reveal where its hottest, youngest stars congregate, lighting up the gas and dust around them.

Today, The Lost Galaxy is not hard to find (especially for floating observatories like Hubble). In fact, its long, elegant arms make it a prime candidate for studying the structure of spiral galaxies. NASA released the image above on Jan. 11 as part of an ongoing survey of 38 spiral galaxies located within 75 million light-years of Earth. You can see some equally stunning images of other nearby spiral galaxies from the survey — known as the Physics at High Angular resolution in Nearby GalaxieS (PHANGS) survey — on the project’s website.