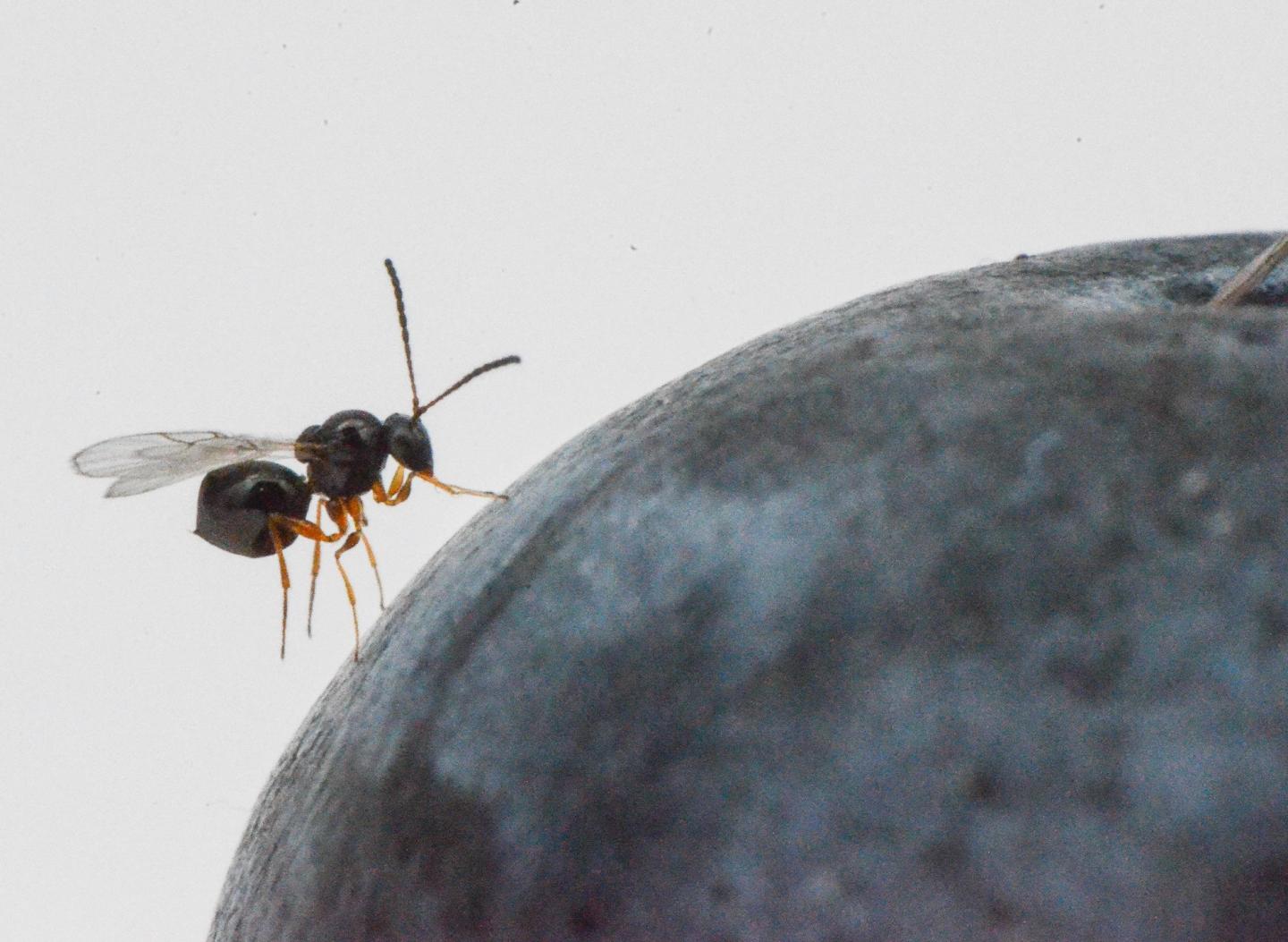 CABI scientists have led new research which reveals strong evidence that a natural enemy of the prolific Asian fruit fly Drosphila suzukii – previously believed to be one species – is in fact two with only one of the parasitoid proving suitable as a biological control agent against the pest.

The scientists from CABI’s Swiss Centre Delémont, as well as colleagues from INRAE in France, used a combination of molecular analysis and crossing experiments to gather evidence that Ganaspis brasiliensis is a complex of at least two cryptic species.

The study published in the journal Scientific Reports demonstrates with complimentary behavioural experiments that individuals from one genetic group readily parasitized several drosophila species regardless of their food source while individuals from the other one was almost exclusively specific to larvae feeding in ripening fruits.

Dr Lukas Seehausen, lead author of the study said, “Because only D. suzukii attacks ripening fruits in its area of invasion, parasitoids from this second group appear to be well suited as a biological control agent. Our study demonstrates the need for a combination of biosystematics with biological and ecological investigations for the development of safe and efficient biological control programs.”

Drosophila suzukii is a frugivorous insect native to Eastern Asia that was accidentally introduced to the Americas and Europe in the 2000s, where it rapidly spread. Unlike sympatric Drosophila species in invaded areas, D. suzukii females are able to lay eggs inside unwounded ripening fruits due to their sclerotized serrated ovipositor, providing it with a unique niche virtually free from competition.

Other biological factors that facilitated the invasion are its broad host range that includes many crops and non-crop fruits as well as the absence of coevolved natural enemies able to control the fly in its invasive range.

The resulting high abundance of D. suzukii is leading to extensive damage, making it a major problem for fruit growers, especially in the soft fruit industry where it favours over 150 wild and cultivated fruits including cherries, blueberries and strawberries, as well as the fruits of ornamental plants.

Due to the high abundance of G. cf. brasiliensis and importance as a mortality factor of D. suzukii in Asia, this wasp has been repeatedly suggested as a biological control agent against D. suzukii. However, uncertainties concerning its taxonomic status and degree of specificity have so far cast doubt on its suitability for classical biological control.

Dr Seehausen added, “The discovery that G. cf. brasiliensis might be a species complex of at least two congeneric species and that one of them can clearly be associated with a higher habitat specificity to fresh fruits, shows the suitability of G. cf. brasiliensis for importation as a biological control agent and allows us to focus on that group for efforts to develop a classical biological control program against D. suzukii.”

As part of the research the scientists recommend that the distribution of G. cf. brasiliensis in Asia should be assessed accurately to find out if this parasitoid is well adapted to temperate climates and can therefore successfully establish as a biological control agent against D. suzukii in temperate regions of Europe and the Americas.

“Integrated biosystematic studies play a crucial role in matching natural enemies with their hosts and are thus important to increase the efficacy in finding suitable candidates for classical biological control against invasive pests,” Dr Seehausen said.

The research leading to these results received funding from the European Union’s Seventh Framework Program for Research, Technological Development and Demonstration under grant agreement no. 613678 (DROPSA), and the Horizon 2020 Program for Research & Innovation under grant agreement no. 771271 (HOMED). Additional funding was received from the Loterie Romande, the Swiss Federal Office for the Environment, and the Swiss Federal Office for Agriculture through the Drosophila suzukii Task Force.