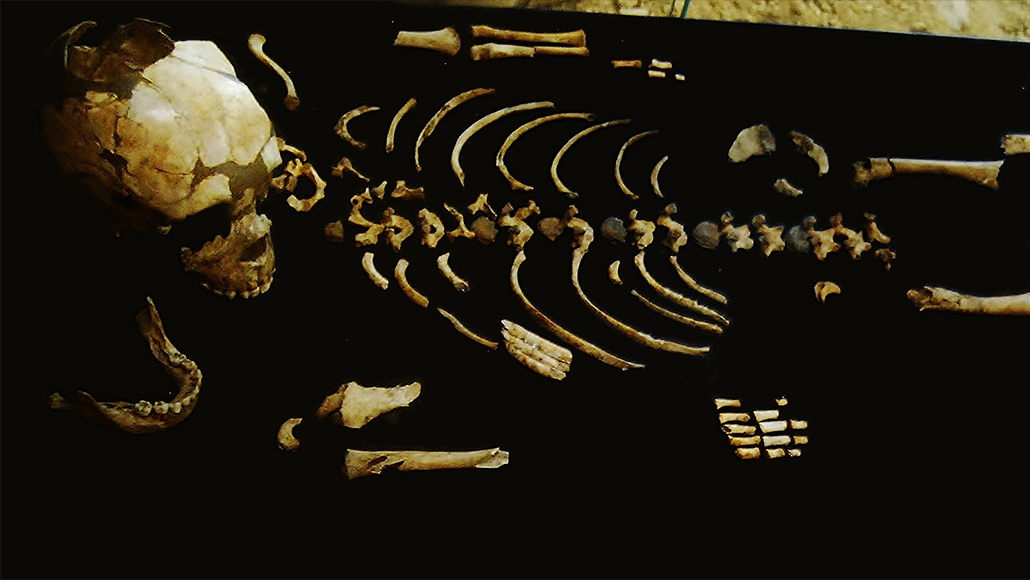 Neandertal babies had chests shaped like short, deep barrels and spines that curved inward more than those of humans, a build that until now was known only for Neandertal adults, researchers say.

Neandertals must have inherited those skeletal features rather than developing them as their bodies grew, says a team led by paleobiologist Daniel García-Martínez of the National Research Center on Human Evolution in Burgos, Spain. Stocky, big-brained hominids such as Neandertals needed chest cavities arranged in this way from birth to accommodate lungs large enough to meet their energy needs, the scientists contend October 7 in Science Advances.

García-Martínez and his colleagues digitally reconstructed rib cages of four previously excavated, partial Neandertal skeletons from infants and young children. The youngsters are estimated to have died when they were about one to two weeks old, four months or less, 1.5 years and 2.5 years. These finds, dating to between around 40,000 and 70,000 years ago, came from sites in France, Syria and western Russia. Each fossil child had a short, deep rib cage and a short spine behind the ribs relative to human infants. On the most complete specimen — the 1.5-year-old child — the researchers determined that the spine curved sharply into the chest cavity.

“The stocky body shape of Neandertals not only passed from parents to children. but also probably passed from ancestral species to their Neandertal descendants,” García-Martínez says. Neandertals, or perhaps their direct ancestors, likely inhabited Europe around 430,000 years ago (SN: 3/14/16). And a Neandertal-like ribcage appeared 1.5 million years ago in an African Homo erectus skeleton, García-Martínez contended in a paper published online July 6 in Nature Ecology & Evolution.

If Neandertals inherited a stocky build from H. erectus, then longer legs, flatter ribcages and other H. sapiens body features evolved in stages after an evolutionary split of our species from Neandertals, perhaps by around 300,000 years ago, the scientists speculate (SN: 12/13/17).

That appears to be a likely scenario, says paleoanthropologist Timothy Weaver of the University of California, Davis. It’s unclear, though, why early H. sapiens evolved slighter bodies that contrasted with what had been a typically stocky physique in other Homo species, adds Weaver, who did not participate in the new study.