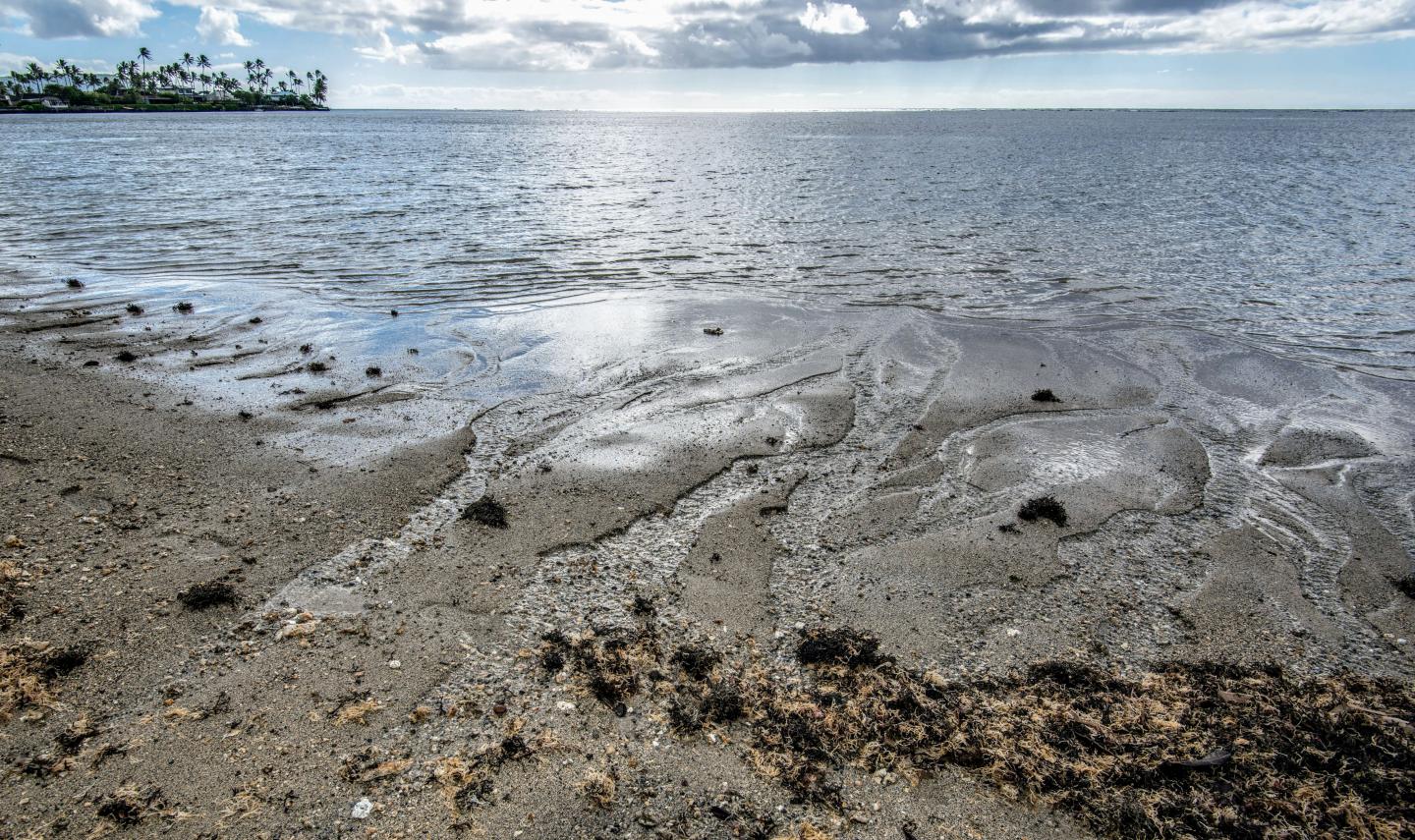 An invisible flow of groundwater seeps into the ocean along coastlines all over the world. Scientists have tended to disregard its contributions to ocean chemistry, focusing on the far greater volumes of water and dissolved material entering the sea from rivers and streams, but a new study finds groundwater discharge plays a more significant role than had been thought.

The new findings, published January 8 in Nature Communications, have implications for global models of biogeochemical cycles and for the interpretation of isotope records of Earth’s climate history.

“It’s really hard to characterize groundwater discharge, so it has been a source of uncertainty in the modeling of global cycles,” said first author Kimberley Mayfield, who led the study as a graduate student at UC Santa Cruz. “It took a large effort by researchers around the world who came together to make this happen.”

The researchers focused on five key elements–lithium, magnesium, calcium, strontium, and barium–measuring concentrations and isotope ratios in coastal groundwater at 20 sites around the world, and using previously published data from additional sites.

“Those elements are important because they come from the weathering of rocks, and weathering of silicate rocks accounts for a huge uptake of carbon dioxide from the atmosphere over long time scales,” Mayfield explained.

Coauthor Adina Paytan, a research professor in UCSC’s Institute of Marine Sciences, said groundwater is an important source of inputs to the oceans, but has been easy to ignore because it is unseen and hard to measure.

“This is the first global assessment of groundwater discharge for most of these elements,” Paytan said. “This information is useful for our understanding of how weathering of rock is related to climate, not only in the present but also in the past.”

The study estimated that the amount of these elements entering the sea from groundwater is at least 5%, and up to 16%, of the contributions from rivers based on the latest global groundwater flux estimates. The results also showed that the isotopic composition of groundwater discharge can be different from that of rivers.

“The composition of groundwater discharge is very dependent on coastal geology, whereas river water is more influenced by the interiors of continents,” Mayfield said. “It’s important to recognize that groundwater makes a difference globally, and now that we have this large data set, people can keep improving it with more sampling and develop better models of global groundwater discharge.”