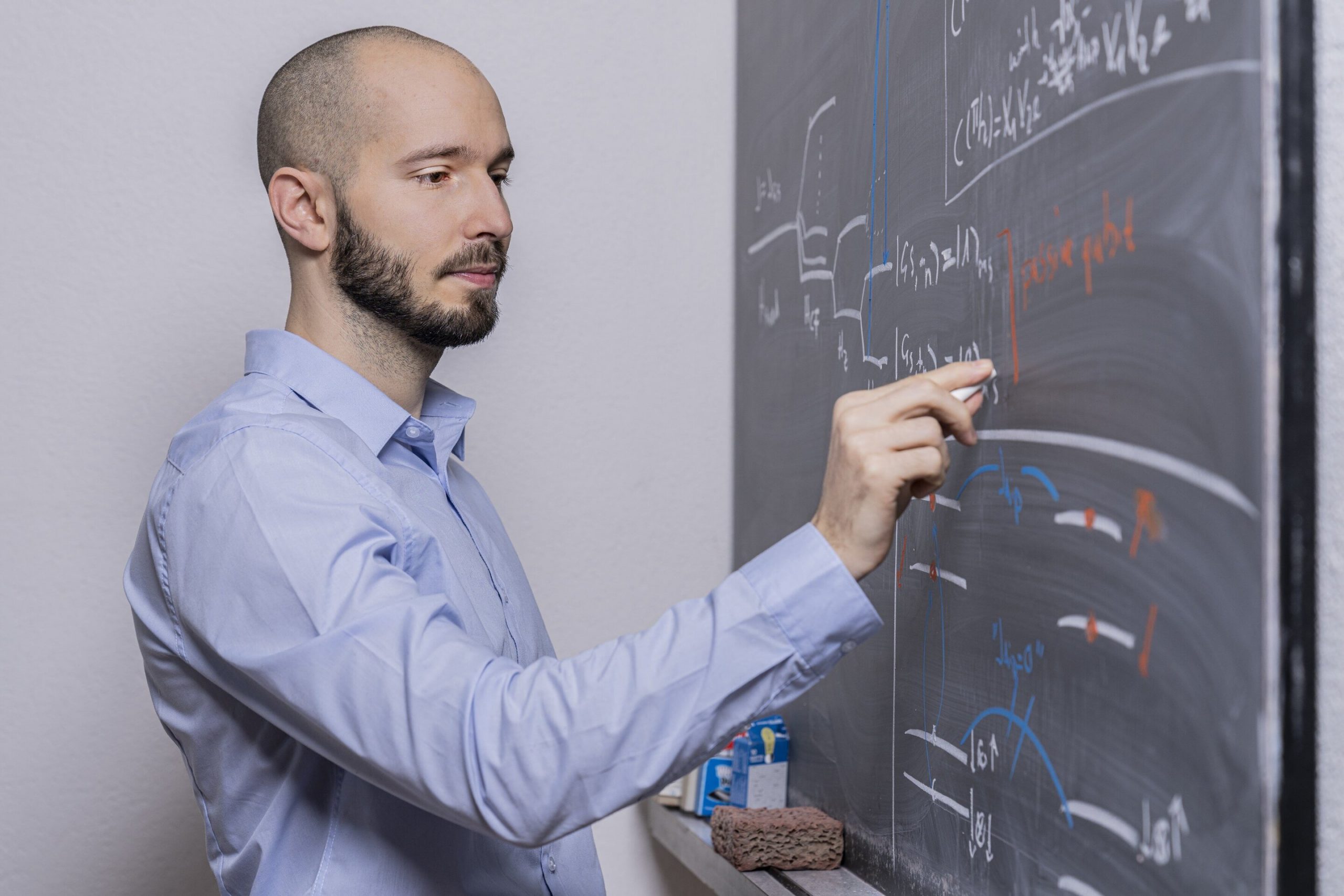 Researchers at the Paul Scherrer Institute (PSI) have put forward a detailed plan of how faster and better defined quantum bits—qubits—can be created. The central elements are magnetic atoms from the class of so-called rare-earth metals, which would be selectively implanted into the crystal lattice of a material. Each of these atoms represents one qubit. The researchers have demonstrated how these qubits can be activated, entangled, used as memory bits, and read out. They have now published their design concept and supporting calculations in the journal PRX Quantum.

On the way to quantum computers, an initial requirement is to create so-called quantum bits or ‘qubits’: memory bits that can, unlike classical bits, take on not only the binary values of zero and one, but also any arbitrary combination of these states. “With this, an entirely new kind of computation and data processing becomes possible, which for specific applications means an enormous acceleration of computing power,” explains PSI researcher Manuel Grimm, first author of a new paper on the topic of qubits.

The authors describe how logical bits and basic computer operations on them can be realized in a magnetic solid: qubits would reside on individual atoms from the class of rare-earth elements, built into the crystal lattice of a host material. On the basis of quantum physics, the authors calculate that the nuclear spin of the rare-earth atoms would be suitable for use as an information carrier, that is, a qubit. They further propose that targeted laser pulses could momentarily transfer the information to the atom’s electrons and thus activate the qubits, whereby their information becomes visible to surrounding atoms. Two such activated qubits communicate with each other and thus can be “entangled.” Entanglement is a special property of quantum systems of multiple particles or qubits that is essential for quantum computers: The result of measuring one qubit directly depends on the measurement results of other qubits, and vice versa.

The researchers demonstrate how these qubits can be used to produce logic gates, most notably the ‘controlled NOT gate’ (CNOT gate). Logic gates are the basic building blocks that classical computers also use to perform calculations. If sufficiently many such CNOT gates as well as single-qubit gates are combined, every conceivable computational operation becomes possible. They thus form the basis for quantum computers.

This paper is not the first to propose quantum-based logic gates. “Our method of activating and entangling the qubits, however, has a decisive advantage over previous comparable proposals: It is at least ten times faster,” says Grimm. The advantage, though, is not only the speed with which a quantum computer based on this concept could calculate; above all, it addresses the system’s susceptibility to errors. “Qubits are not very stable. If the entanglement processes are too slow, there is a greater probability that some of the qubits will lose their information in the meantime,” Grimm explains. Ultimately, what the PSI researchers have discovered is a way of making this type of quantum computer not only at least ten times as fast as comparable systems, but also less error-prone by the same factor.