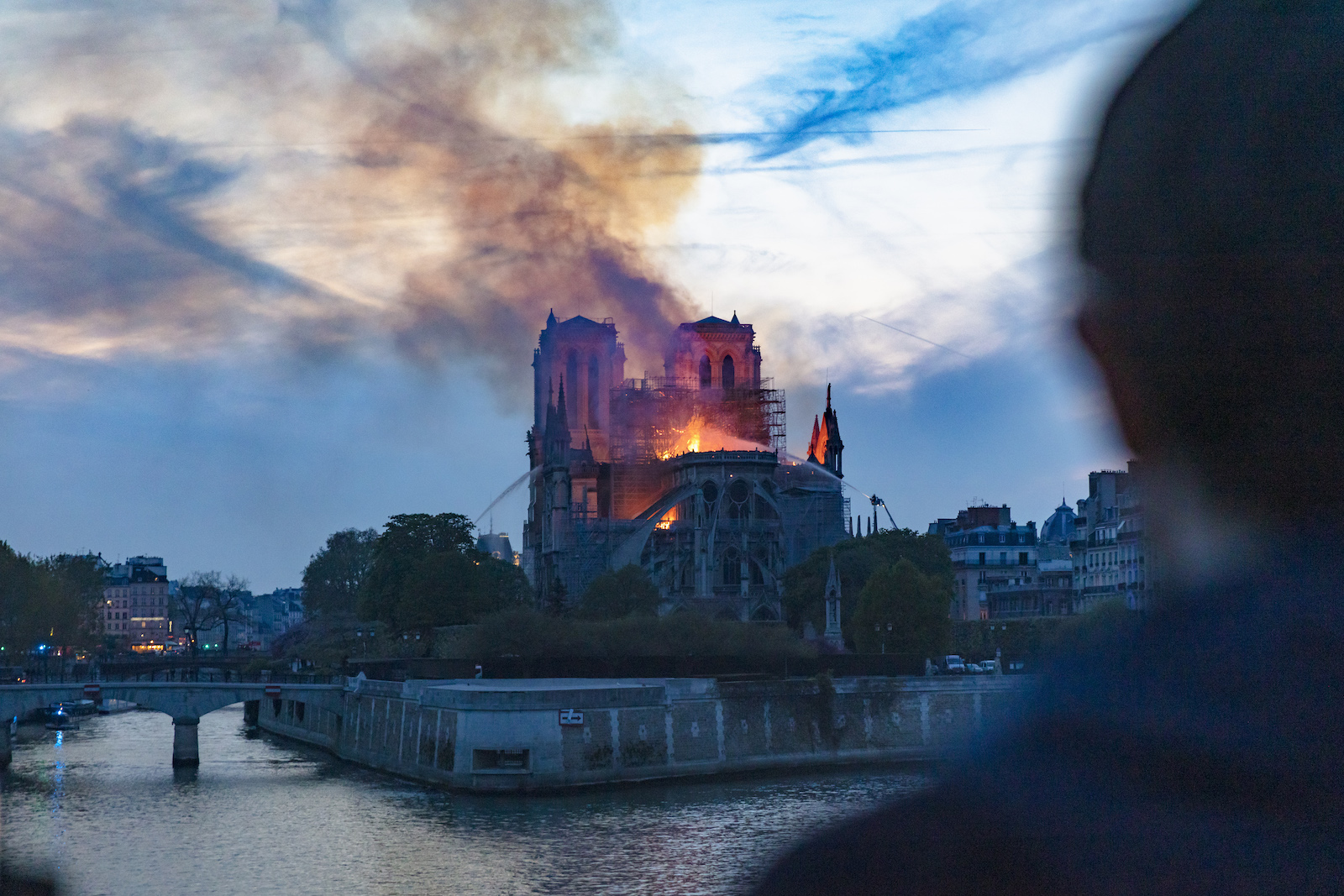 Putting out the inferno that tore through the roof of Notre Dame in April 2019 was only the beginning of saving the iconic cathedral.

From the precarious spaghetti of burnt scaffolding hanging over the building to the potential for the walls to collapse on themselves, architects and conservation experts had — and still have — a daunting task in front of them. A new special from NOVA, the science series on PBS, takes viewers through the challenges. It’s a journey that travels from within the cathedral itself, to the catacombs below Paris, to the forests of Normandy that might provide the wood to reconstruct the building’s massive roof.

“We are thrilled to be able to tell the inside story of the dramatic rescue of Notre Dame,” NOVA co-executive producer Chris Schmidt said in a statement. “In the first days after the fire, no one was sure whether the huge bell towers, walls or flying buttresses would remain standing. The exhaustive process of diagnosing the damage and embarking on the restoration of the great cathedral relies on new technologies and medieval craftsmanship alike.”

Related: 10 historical treasures that the world lost in the last 100 years

Along with the Eiffel tower and the Louvre Museum, Notre Dame de Paris is one of the most iconic buildings in Paris. On the evening of April 15 last year, a stream of smoke began to rise from the roof of the Gothic cathedral, which was put in the spotlight by Victor Hugo’s “The Hunchback of Notre Dame.” The cathedral was constructed between 1163 and 1345. Parisians gathered on the streets to watch in horror as flames burst from the roof, eventually collapsing the cathedral’s spire (constructed in the mid-1800s during a restoration of the building).

The new documentary reveals the damage the fire left behind: twisted scaffolding above the building from the renovation project that had been going on at the time, giant holes in the limestone vault ceiling, a mass of melted lead from the destroyed roof contaminating everything. The lead, in particular, makes repairs challenging. Workers must don protective gear and respirators to clean up the mess. Even the cathedral’s stained-glass windows, which were mostly spared the worst of the damage, are covered with a thin layer of lead dust. Cleaning them is simplified, occasionally, by the fact that some windows haven’t been washed in more than 100 years, so the lead clings to a thin film of dust instead of the glass itself.

The state of the building after the ashes cooled is almost unfathomable in its precariousness. There was a chance that should the arches of the vault crumble, the supportive flying buttresses on the outside of the cathedral would push in on the walls, collapsing the entire structure. Architects had to custom-build timber supports to place within the buttresses to relieve the pressure and prevent a potential collapse. In the meantime, a tangle of scaffolding sways in the breeze above the cathedral, setting off motion alarms that warn workers to evacuate in case of a collapse.

Melding the modern and medieval

Beyond the massive challenge of stabilizing the building, the team working to save Notre Dame must also search for clues about how the building was constructed in the first place. In one scene, Historical Monuments Research Laboratory geologist Lise Leroux uses microfossils in the stone from the vault ceiling of Notre Dame to trace the source of the rock in the medieval quarries beneath Paris. This necessitates a trip deep into the quarry tunnels, which were later turned into the famous catacombs.

Meanwhile, timber experts analyze the burnt timbers from “the forest” — the wooden framing that held up Notre Dame’s lead roof. This roof structure was made from some 1,300 oak trees and was completely destroyed in the fire. It may be possible, according to NOVA, to source new oak from Normandy. Oak is a strong wood that provides good structural support, and the French Senate passed a bill in May 2019 requiring the new roof to hew to traditional construction.

The documentary largely tracks the work done before the COVID-19 pandemic. According to Friends of Notre Dame de Paris, all work paused between March and early June 2020 due to the pandemic. Currently, crews are still working to remove the damaged scaffolding from above the cathedral — approximately 30,000 pieces weighing a combined 300 tons. It may take decades until the full work of repairing the cathedral is complete.