New evidence our neighborhood in space is stuffed with hydrogen 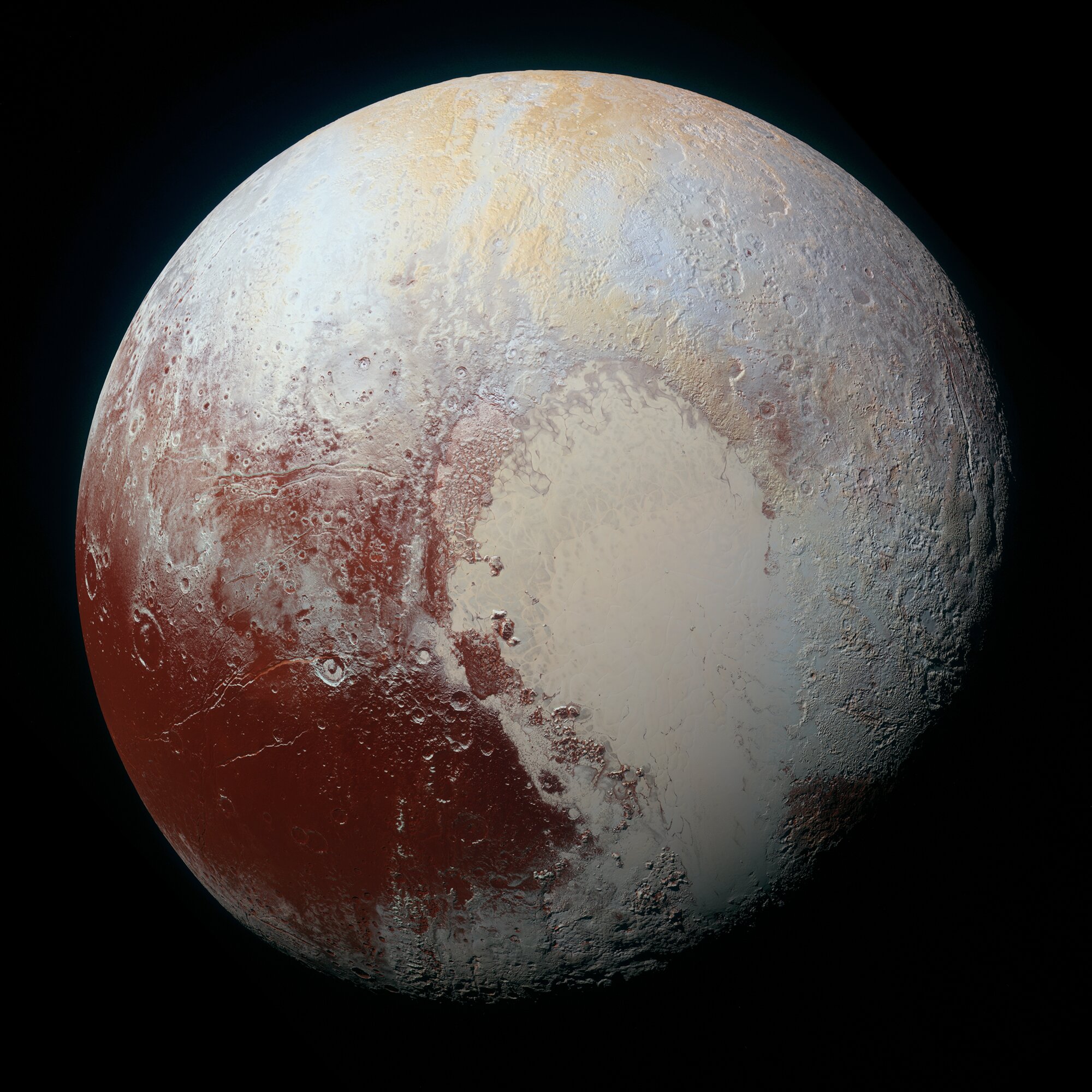 Only the two Voyager spacecraft have ever been there, and it took than more than 30 years of supersonic travel. It lies well past the orbit of Pluto, through the rocky Kuiper belt, and on for four times that distance. This realm, marked only by an invisible magnetic boundary, is where Sun-dominated space ends: the closest reaches of interstellar space.

In this stellar no-man’s land, particles and light shed by our galaxy’s 100 billion stars jostle with ancient remnants of the big bang. This mixture, the stuff between the stars, is known as the interstellar medium. Its contents record our solar system’s distant past and may foretell hints of its future.

Measurements from NASA’s New Horizons spacecraft are revising our estimates of one key property of the interstellar medium: how thick it is. Findings published today in the Astrophysical Journal share new observations that the local interstellar medium contains approximately 40% more hydrogen atoms than some prior studies suggested. The results unify a number of otherwise disparate measurements and shed new light on our neighborhood in space.

Just as Earth moves around the Sun, so our entire solar system hurtles through the Milky Way, at speeds exceeding 50,000 miles per hour. As we cruise through a fog of interstellar particles, we’re shielded by the magnetic bubble around our Sun known as the heliosphere. Many interstellar gases flow around this bubble, but not all.

Our heliosphere repels charged particles, which are guided by magnetic fields. But more than half of local interstellar gases are neutral, meaning they have a balanced number of protons and electrons. As we plow into them the interstellar neutrals seep right through, adding bulk to the solar wind.

“It’s like you’re running through a heavy mist, picking up water,” said Eric Christian, space physicist at NASA’s Goddard Space Flight Center in Greenbelt, MD. “As you run, you’re getting your clothes all soggy and it’s slowing you down.”

Soon after those interstellar atoms drift into our heliosphere, they are zapped by sunlight and slammed by solar wind particles. Many lose their electrons in the tumult, becoming positively-charged “pickup ions.” This new population of particles, though changed, carry with them secrets of the fog beyond.

“We don’t have direct observations of interstellar atoms from New Horizons, but we can observe these pickup ions,” said Pawel Swaczyna, postdoctoral researcher at Princeton University and lead author of the study. “They are stripped of an electron, but we know they came to us as neutrals atoms from outside the heliosphere.”

NASA’s New Horizons spacecraft, launched in January 2006, is the one best suited to measure them. Now five years past its rendezvous with Pluto, where it captured the first up-close images of the dwarf planet, today it ventures through the Kuiper belt at the edge of our solar system where pickup ions are the freshest. The spacecraft’s Solar Wind Around Pluto, or SWAP instrument, can detect these pickup ions, distinguishing them from the normal solar wind by their much higher energy.

Swaczyna used SWAP’s measurements to derive the density of neutral hydrogen at the termination shock, where the solar wind butts up against the interstellar medium and abruptly slows down. After months of careful checks and tests, the number they found was 0.127 particles per cubic centimeter, or about 120 hydrogen atoms in a space the size of a quart of milk.

This result confirmed a 2001 study which used Voyager 2—about 4 billion miles away—to measure how much the solar wind had slowed by the time it arrived at the spacecraft. The slowdown, largely due to intervening interstellar medium particles, suggested a matching interstellar hydrogen density, about 120 hydrogen atoms in a quart-sized space.

But newer studies converged around a different number. Scientists using data from NASA’s Ulysses mission, from a distance slightly closer to the Sun than Jupiter, measured pickup ions and estimated a density of about 85 hydrogen atoms in a quart of space. A few years later, a different study combining Ulysses and Voyager data found a similar result.

“You know, if you discover that something different than previous work, the natural tendency is to start looking for your errors,” said Swaczyna.

But after a little digging, the new number began to look like the right one. The New Horizons measurements fit better with observations based on faraway stars. The Ulysses measurements, on the other hand, had a shortcoming: they were made much closer to the Sun, where pickup ions are rarer and measurements more uncertain.

“The inner heliosphere pickup ions observations go through billions of miles of filtering,” Christian said. “Being most of the way out there, where New Horizons is, makes a huge difference.”

As for the combined Ulysses/Voyager results, Swaczyna noticed that one of the numbers in the calculation was outdated, 35% lower than the current consensus value. Recalculating with the currently accepted value gave them an approximate match with the New Horizons measurements and the 2001 study.

“This confirmation of our old, almost forgotten result comes as a surprise,” said Arik Posner, author of the 2001 study at NASA Headquarters in Washington, D.C. “We thought our rather simple methodology for measuring the slowdown of the solar wind had been overcome by more sophisticated studies conducted since, but not so.”

A new lay of the land

Going from 85 atoms in a quart of milk to 120 may not seem like much. Yet in a model-based science like heliophysics, a tweak to one number affects every other.

The new estimate may help explain one of the biggest mysteries in heliophysics of the last few years. Not long after NASA’s Interstellar Boundary Explorer or IBEX mission returned its first complete dataset, scientists noticed a strange stripe of energetic particles coming from the forward edge of our heliosphere. They called it the “IBEX ribbon.”

“The IBEX ribbon was a big surprise—this structure at the edge of our solar system a billion miles wide, 10 billion miles long, that no one knew was there,” Christian said. “But even as we developed the models for why it was there, all of the models were showing that it shouldn’t be as bright as it is.”

“The 40% higher interstellar density observed in this study is absolutely critical” said David McComas, professor of astrophysical sciences at Princeton University, principal investigator for NASA’s IBEX mission and coauthor of the study. “Not only does this show that our Sun is embedded in a much denser part of interstellar space, it also may explain a significant error in our simulation results compared to the actual observations from IBEX.”

Most of all, though, the result gives an improved picture of our local stellar neighborhood.

“It’s the first time we’ve had instruments observe pickup ions this far away, and our picture of the local interstellar medium is matching those from other astronomical observations,” said Swaczyna. “It’s a good sign.”

Citation:
New evidence our neighborhood in space is stuffed with hydrogen (2020, October 31)
retrieved 31 October 2020
from https://phys.org/news/2020-10-evidence-neighborhood-space-stuffed-hydrogen.html