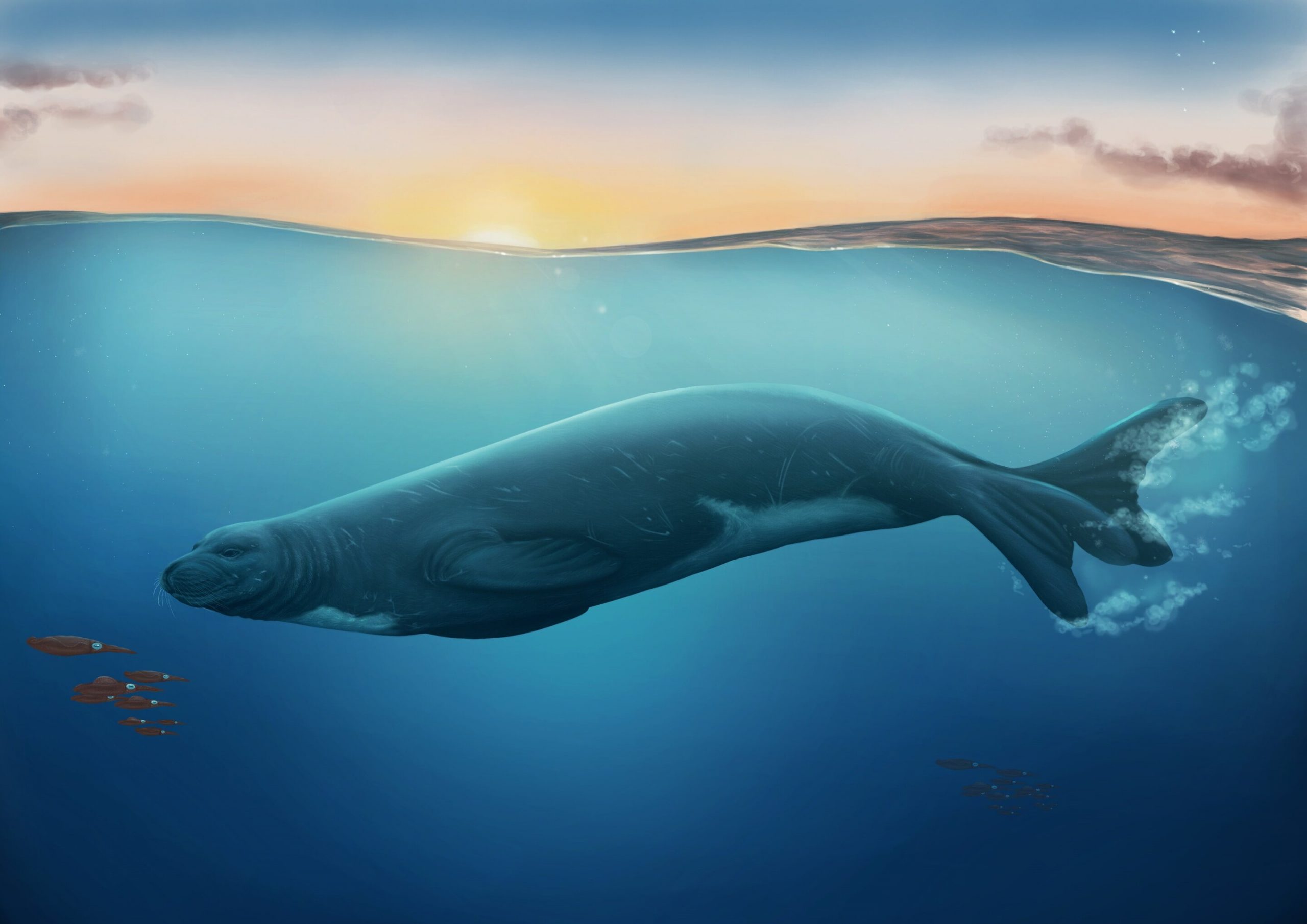 The discovery, published today in the Proceedings of the Royal Society B, radically changes scientists’ understanding of how seal species evolved around the world.

It came after researchers examined seven preserved fossil specimens, including a complete skull, found by local fossil hunters on south Taranaki beaches in New Zealand between 2009 and 2016.

The new species is named Eomonachus belegaerensis, (meaning ‘dawn monk seal from Belegaer’) after the sea of Belegaer, which lies west of Middle Earth in J.R.R. Tolkien’s Lord of the Rings.

Around 2.5 metres in length and weighing around 200—250kg, Eomonachus belegaerensis lived in the waters around New Zealand some 3 million years ago.

It was previously thought that all true seals originated in the North Atlantic, with some later crossing the equator to live as far south as Antarctica.

Eomonachus now shows that many ancient seals, including the ancestors of today’s monk, elephant and Antarctic seals, actually evolved in the Southern Hemisphere.

“This new species of extinct monk seal is the first of its kind from the Southern Hemisphere. Its discovery really turns seal evolution on its head,” Mr Rule said.

“This new species has been discovered thanks to numerous, exceptionally well-preserved fossils—all of which were found by members of the public.”

Dr. Marx is hopeful about future discoveries of new species in New Zealand’s ancient past.

“New Zealand is incredibly rich in fossils, and so far we have barely scratched the surface. Who knows what else is out there?” Dr. Marx said.