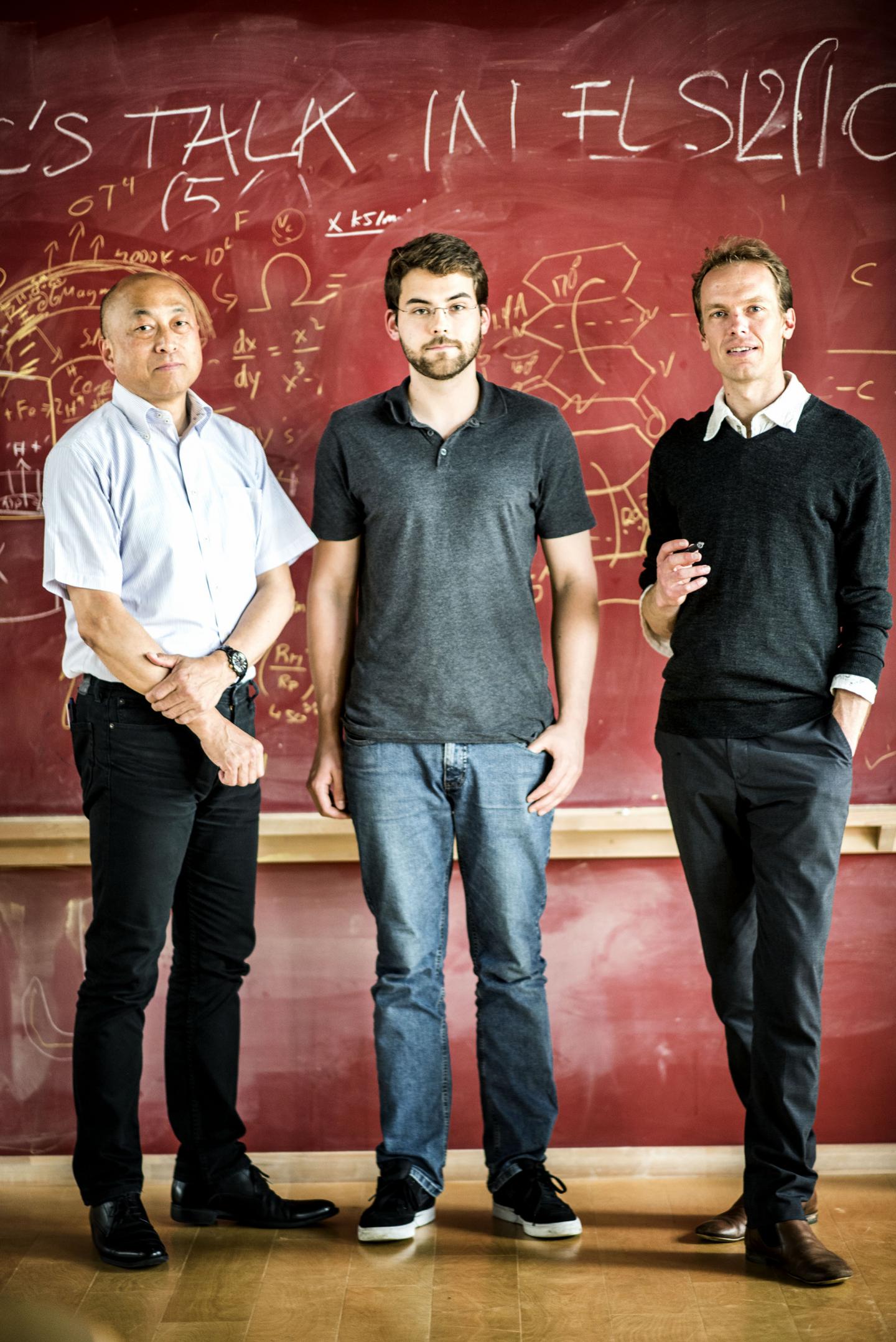 All modern life uses energy to reproduce itself. During this process, organisms build and break down larger molecules such as fats and sugars using a remarkably common set of reactive intermediate energy carrier molecules. These intermediate energy carriers (for example ATP) are often not building blocks in and of themselves, but they allow the energy coupling between separate reactions needed to push forward cellular reproduction. One class of these compounds are thioesters, chemical compounds that contain a high-energy carbon-sulfur bond. It has been speculated for some time that thioesters might be among the most ancient versions of such metabolic reactive intermediates, partly because modern organisms still use thioesters to help break down sugars and make proteins from amino acids. Just how reactive intermediate compounds like thioesters could have been formed before life evolved, or as early life was taking its first baby steps, remains shrouded in mystery. New work from researchers at the Earth-Life Science Institute (ELSI) at Tokyo Institute of Technology, shows that a simple compound that can be found in some modern volcanic gases – a thioacid (a compound formed from an organic acid and hydrogen sulfide, which is the compound largely responsible for the “rotten egg” smell of many hot springs) – readily reacts with simple sulfur containing thiol compounds similar to those fundamental to modern metabolism to form reactive thioesters similar to those found in modern biology. This reaction happens readily in water and may have served as a starting point for the evolution of more complex biochemistry. During the research, they found that when they included iron (which is the most abundant element on Earth and comprises about 5% of Earth’s surface layer, known as the crust), in their reactions, the reaction product yields increased.

The team suggests this may mean energy coupling between multiple reactions, in which one reaction drives another forward, may have its origins in non-living environmental chemistry. Remarkably, they also found a side product of the reaction they discovered can be used to make a second type of versatile energy-coupling compound required by all living things: FeS (short for iron-sulfur) clusters. These are small aggregates of only a few atoms each of iron and sulfur, which help organisms metabolize as they move electrons from one molecule to another. One important example of such a FeS-cluster-using-pathway is photosynthesis, which transfers electrons from water to CO2 to make sugars and oxygen. This work thus provides a new understanding of how high energy molecules and electron transfer reactions may have been naturally produced as early metabolism was evolving.

Although scientists have been trying to understand the origins of life’s building blocks, things like amino acids, nucleotides, peptides, and so on, for some time, little effort has been given to understanding how energy transfer originated in prebiotic chemistry. Understanding this energy exchange could be as important as understanding the origin of building blocks, so the ELSI team decided to search for reactions which could be coupled together energetically. As lead author, Sebastian Sanden notes “We were already studying FeS minerals, and we knew how easy their formation was, so we wanted to see if we could couple this excess wasted energy to another reaction.” The thioacid they began their study with contains sulfur, which they knew then only had to be reacted with iron to make the FeS clusters they were already studying.

The experiments and analyses the ELSI researchers performed had to be done in rapid succession to track the progress of the reaction. They developed techniques for doing this, and thus they were able to determine how fast these reactions happened. Their preliminary thioester-making experiments did not proceed as fast as they initially hoped, but by adding a catalyst and increasing the temperature, they found that maximum thioester yields were obtained in less than an hour, as opposed to a few days before making these changes.

The team thinks it is especially fascinating that these kinds of reactions may create “cascade reactions” which make more and more complex molecules: pyruvate decomposes, helping form a thioester, which then allows peptides (smaller cousins of proteins) to form via the newly discovered thioester route. The team hopes to test this experimentally next and to create a system that can increase the number of components it contains and their complexity by itself, perhaps all the way to self-reproduction. Some modern microbes in fact use pyruvate decomposition and thioester formation assisted by FeS clusters in their metabolism, and it is possible that the reactions the team discovered recapitulate how early prebiological or biological evolution discovered them. As the lead investigator on this work, ELSI Associate Professor Shawn McGlynn says, “This work provides new connections between multiple prebiotic reaction components that may have been critical to establishing early energy metabolism on Earth.”

While this work may shine new light on how naturally occurring energy exchange reactions may have helped “jump-start” metabolism, it may also be important for the field of “green chemistry,” which is concerned with finding the most energetically effective and environmentally friendly methods to make chemical compounds. While toxic heavy metals like cadmium and mercury and solvents like chloroform are often used in industrial organic chemistry, the reactions discovered by this research group are very efficient and work in water using non-toxic iron as a catalyst.

Tokyo Institute of Technology (Tokyo Tech) stands at the forefront of research and higher education as the leading university for science and technology in Japan. Tokyo Tech researchers excel in fields ranging from materials science to biology, computer science, and physics. Founded in 1881, Tokyo Tech hosts over 10,000 undergraduate and graduate students per year, who develop into scientific leaders and some of the most sought-after engineers in industry. Embodying the Japanese philosophy of “monotsukuri,” meaning “technical ingenuity and innovation,” the Tokyo Tech community strives to contribute to society through high-impact research.

The Earth-Life Science Institute (ELSI) is one of Japan’s ambitious World Premiere International research centers, whose aim is to achieve progress in broadly inter-disciplinary scientific areas by inspiring the world’s greatest minds to come to Japan and collaborate on the most challenging scientific problems. ELSI’s primary aim is to address the origin and co-evolution of the Earth and life.

The World Premier International Research Center Initiative (WPI) was launched in 2007 by the Ministry of Education, Culture, Sports, Science and Technology (MEXT) to help build globally visible research centers in Japan. These institutes promote high research standards and outstanding research environments that attract frontline researchers from around the world. These centers are highly autonomous, allowing them to revolutionize conventional modes of research operation and administration in Japan.