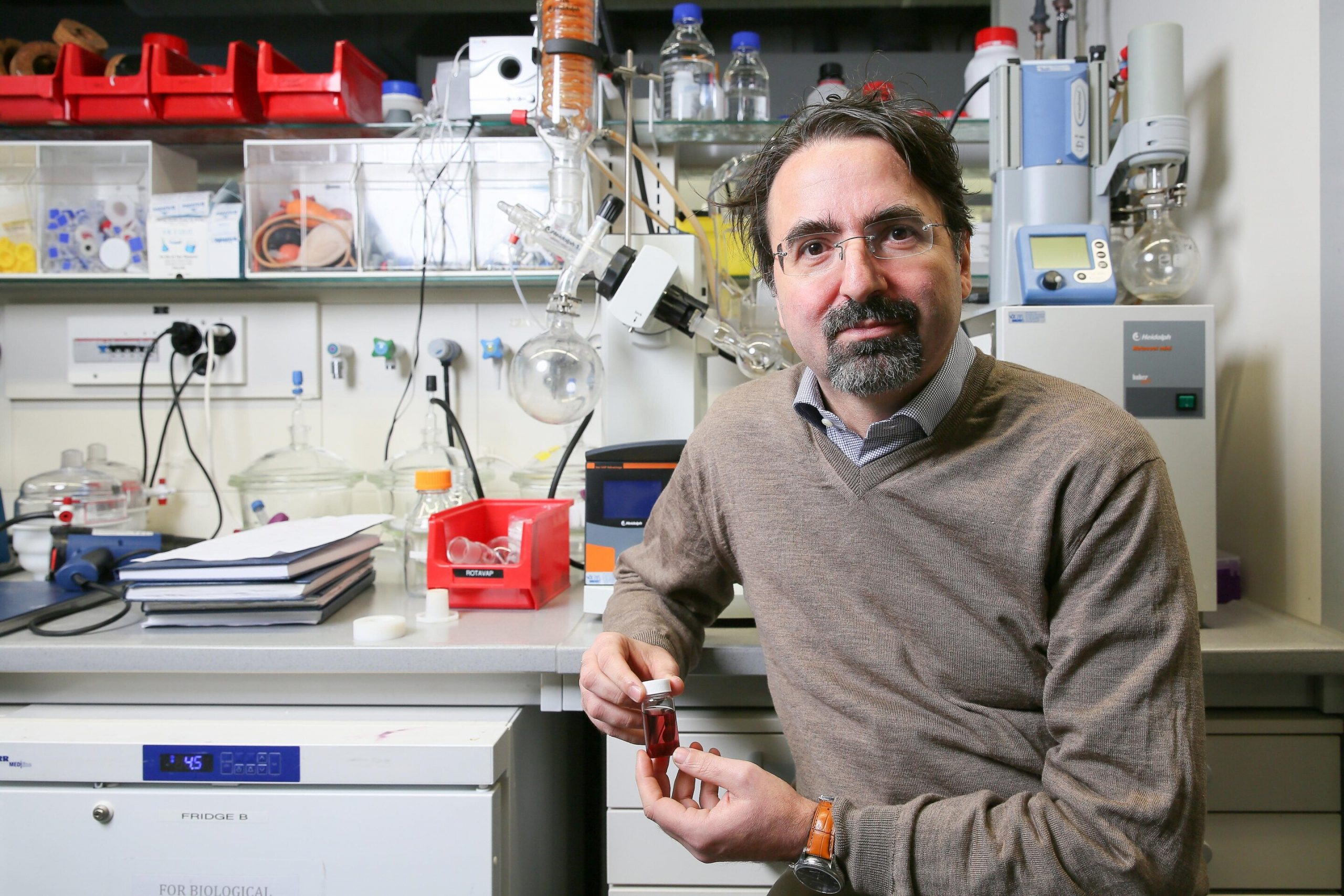 EPFL scientists have developed a synthetic molecule capable of killing the virus that causes influenza. They hope their discovery will lead to an effective drug treatment.

Influenza is one of the most widespread viral diseases and constitutes a major public health problem. For some, it means spending a week in bed; for others, it could lead to hospitalization or, in the most severe cases, death. Scientists at EPFL’s Supramolecular Nano-Materials and Interfaces Laboratory (SuNMIL) within the School of Engineering, working in association with the team headed by Caroline Tapparel, a professor at the University of Geneva’s Department of Microbiology and Molecular Medicine, have synthesized a compound that can kill the virus that causes influenza. Their discovery paves the way to effective drug therapies against the seasonal disease. The research has been published in Advanced Science.

“With the flu virus, the risk of a pandemic is high,” says Francesco Stellacci, the EPFL professor who heads SuNMIL. “Scientists have to update the vaccine every year because the strain mutates, and sometimes the vaccine turns out to be less effective. So it would be good to also have antivirals that could limit the effects of large-scale infection.” Antiviral drugs already exist, and Tamiflu is the most well-known. But it has one major drawback—it has to be taken within 36 hours of infection or it loses its efficacy completely. And with influenza, symptoms generally start appearing 24 hours after infection. “By the time patients seek medical treatment, it’s often too late for Tamiflu,” Stellacci. “In addition, for antivirals to really work, they have to be virucidal—that is, they have to irreversibly inhibit viral infectivity. But today that’s not the case.”

Developing a flu drug is no mean feat—not only does the virus mutate, but the drug has to be innocuous to the human body. “The chances of survival with influenza are high, so any drug has to have little or no side effects. Otherwise it wouldn’t be worth taking,” notes Stellacci.

The flu virus attaches to a cell membrane in order to infect a human body; it then detaches and goes on to infect other cells. Existing antiviral drugs work by attacking the virus inside a host cell and temporarily blocking viral replication. The EPFL scientists took a new approach with their antiviral compound in order to make it both effective against influenza and non-toxic. They developed a modified sugar molecule that mimics a cell membrane, tricking the flu virus into attaching to it. “Once the virus is attached, our molecule exerts pressure locally and destroys it. And this mechanism is irreversible,” says Stellacci.

Because this process occurs outside the body’s cells, this synthetic compound demonstrates constant efficacy during the first 24 hours after infection, based on tests conducted on mice. This suggests that in humans, the compound’s efficacy could last beyond 36 hours. Stellacci says, “The efficacy of oseltamivir (the active ingredient in Tamiflu) in mice is almost completely lost after 24 hours.” What’s more, the EPFL-developed compound could be used to create broad-spectrum antivirals—that is, drugs that act against many different kinds of flu viruses. This research focuses mainly on seasonal influenza and does not address efforts to develop a treatment for COVID-19.